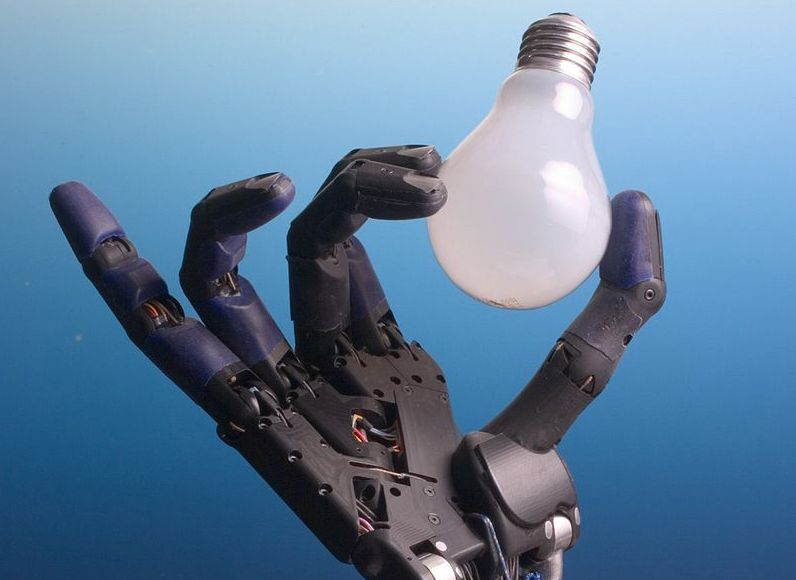 The use of robots is widespread throughout society: in medicine, combat, warehouses and factories. However, one limitation is holding them back from advancing into other industries: a lack of touch.

Human touch is complex and highly sensitive, sensitive enough to detect textures on a nanoscale level. So, translating that into equivalent haptic feedback is a difficult task.

“It just takes time, and it’s more complicated,” said Ken Goldberg, a University of California, Berkeley, in an article for the New York Times. “Humans are really good at this, and they have millions of years of evolution.”

One of the major obstacles in designing a robot with haptic feedback is processing power; it requires significant hardware to allow a robot to compute something so sensitive. Goldberg is currently trying to develop cloud-based robotics that can use the power of the Internet to solve that problem.

“I’m very excited about the idea of cloud robotics,” Goldberg told the Times. “It is lifting the limitation of computing that we’ve always had.”

Haptic feedback in robotics is one piece of a greater puzzle in creating the complete sensing robot. Advances in visual and kinetic senses are also required, but together, autonomous robots that can identify objects and interact with them properly would allow robots to function in roles like health aides or more sensitive surgical roles. But, just the haptic feedback alone will also help pave the way to more sophisticated human augmentation.

The technology is not yet there and there is no timeframe for its arrival, but the industry is trying. As for the future where humanoid robots work alongside flesh-and-bone humans in major aspects of daily life, we’re a touch closer.