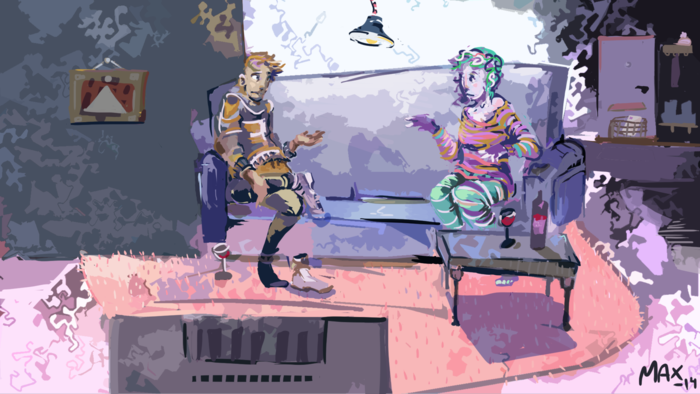 Breakups are a weird experience of loss. You definitely feel a constant absence, from waking up to a blank screen with no text messages in the morning, to that funny thing you found online that goes un-shared because no one else would find it funny. But the weird thing about the loss you experience in a breakup is its impermanence. Unlike most other types of loss, the person remains physically there—standing right in front of you. Usually you’re ex is still part of your social circles, still active on Facebook, still living in the same city, and yet just as unattainable as if they had been stricken from the earth altogether.

It’s an odd sensation of loss and proximity that can often translate to a small sliver of hope that stays inside you forever, slowly driving you insane. Because, sure, your SO might not be attainable right now. But that doesn’t mean they won’t come back. That small sliver of hope results in too many broken up couples finding themselves in the messy purgatory of non-dating. Breakup purgatory is the in-between non-existence of not being together, and not quite letting each other go. In the worst cases, it can last for year. And in those years, you lay awake at night, racking your brain to understand what you did wrong and how you caused this to happen. And how you might fix it.

When You’re Gone, recently launched on Kickstarter, explores the depths of a psyche caught in this breakup purgatory loop. You play as Sam, who must revisit the memories of his love for Emma on his way to their final meeting together. As the Kickstarter video hints, the story stems from the somewhat autobiographical experiences of Max Friberg, the team’s art director and writer.

When You’re Gone will mostly be divided into two main elements: the heavy-lined motion comic cutscenes revealing the progress of the relationship, and interactive platformer gameplay set in the symbolic world of Sam’s mind. There aren’t many details about the gameplay, but the team says it’ll be based around parkour. So, Assassin’s Creed: The Breakup, anyone?

Winteractive, a team of nine student from Swedend’s Blekking Institute of Technology, are doing all the voice acting as well as the development. And although Sam’s narration borders on the verge of being ridiculously Bastion-esque, I’m willing to play along. And the evidently talented Martina Hellman (the teams graphical artist) lends her voice to both Emma and the trailer’s song, which you can listen to in full here.

I’m a little skeptical about what exactly the gameplay will be about. From just the campaign, I worry that it might not really serve much else other than justifying the “game” label. But there are too few games that even try tackle romantic relationships. And Winteractive seems dedicated to delivering all the maddening emotions of a breakup.

And to be honest, I really want an excuse to defeat breakup-purgatory once and for all.