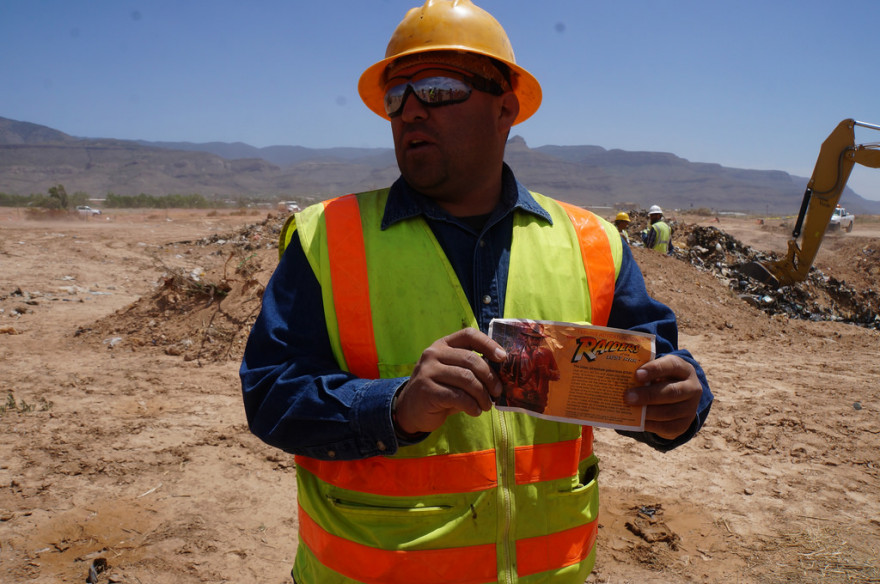 Throw gold, copper, tantalum, and aluminum into a furnace, and what comes out? Usually, microstrip circuits or an ultra-durable capacitor. But in H / AlCuTaAu, the newest work from London-based artists Revital Cohen and Tuur Van Balen, you get the pure elements, nothing more. H / AlCuTaAu was constructed from leftover hardware and tools from a bankrupt factory in the Netherlands. Cohen and Van Balen bought computers, remotes, and transistors as the factory liquidated. Using welders’ tools and seven different acids, they transformed the abandoned refuse into a binding of four pure elements.

H / AlCuTaAu was commissioned by Amsterdam’s De Brakke Grond for its #Labor of the Day (#Arbeid van de dag) exhibition. A broad showcase on technology and the role that labor plays in its development, #Labor of the Day took a natural interest in H / AlCuTaAu. And given its physical character, the piece asks an important question: how much do we really know about the material components of our everyday technology?

“Our recent piece is exploring what technology is materially made of, and it is concerned with production and materials in a very broad sense,” Van Balen said. “One of our concerns and interests is that many of the materials and processes are not just technical or physical processes. They are cultural processes, but they also very rapidly become political and ethical processes.”

Van Balen linked these processes to the element Ta in H / AlCuTaAu, tantalum. Tantalum is used in videogame consoles’ capacitors and is traditionally mined from an ore called coltan. The Democratic Republic of the Congo is dotted with coltan reserves, and the speculative profits were a suspected motivator of Ugandan and Rwandan intervention into the Second Congo War (1998-2003). The PlayStation 2’s release in 2000 hit manufacturing snags when tantalum prices skyrocketed as nations fought to gain control of the ore. “This conflict was one of the biggest genocides in the past century,” Van Balen said, “and we’re interested in the political implications of the bare material as such.”

It’s admittedly easy to gloss over the realities of the “bare material.” Back in April, a documentary film company went in search of up to a million discarded copies of E.T. The Extraterrestial, an infamous game for the Atari2600 from 1982 that some call “the worst game ever made.” In a landfill in Alamogordo, New Mexico, the film’s producers found their treasure: over 700,000 game cartridges buried under layers of concrete. None of the executives at the still existent Atari Europe could explain how or why the cartridges got there.

Cartridges aren’t biodegradable. If nobody wanted to play E.T. the Extraterrestial and Atari overestimated its scaling for the product, is burying every copy in a hole the smartest method of disposal?

Environmental sustainability has never been a strong point for videogame companies, and it’s been that way for decades. In 2014, Greenpeace gave Sony an overall score of 4.1 out of 10 for sustainability in its Guide to Greener Electronics. When evaluated on product life cycle, Sony received a whopping 0 out of 3. It’s not just Sony, either. Nintendo has never received a score higher than 3 from Greenpeace.

We expect high standards of sustainability and fair-practice business procedures from our grocery stores, clothiers, and energy providers. Why should videogame companies be left out of the equation? Technology doesn’t abstract from the physical world. Software needs hardware to exist, and it needs living, breathing users.

Case in point: when Cohen and Van Balen visited the abandoned factory in the Netherlands, they found scraps of everyday life that filled the company’s abandoned space. A picture frame here, a book of phone numbers there, discarded sketches, and even a few to-do lists. Everyone once present etched themselves into the space through the things they left behind, said Van Balen. “Interspersed with all the objects that we mined were snapshots of daily life,” he said. “It was a layer of a much more personal story that used to exist there, but had disappeared entirely.”