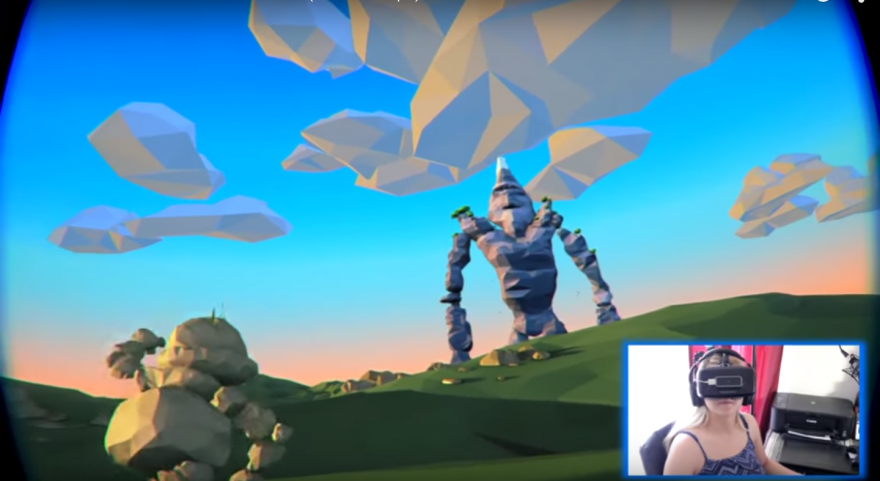 This was the evening’s main question when the travelling Kaleidoscope VR Film Festival stopped in Toronto on Sunday. While the event is unquestionably optimistic in its view of VR, it does not take the medium’s eventual dominance for granted. Indeed, one of its main purposes is to encourage artists and developers to start making VR projects, which leads back to the initial question of how, exactly, one might go about doing that.

To that end, Ryot’s Tyson Sadler, Last Mountain director Avram Dodson, and I Am You director Elli Raynai were all asked to talk about what they learned while working with VR. The first caveat in any such discussion is that nobody really knows all that much—at least not yet. VR, as a new technology, has high barriers to entry (have you looked up the cost of a headset—let alone a camera rig—lately?) and consequently relatively low thresholds for expertise. Ryot, for instance, has been making advocacy documentaries for the last five years but only truly branched out into VR five months ago. The studio is currently working on its 25th VR project. Five months is a short eternity in VR terms. Likewise, Dodson points out that after making one VR film, he now appears on expert panels. This wouldn’t necessarily happen in other fields, but it speaks to the current state of VR.

A good visual story…should not make you puke.

At this early stage, everyone is starting from scratch, which is not necessarily the optimal use of artists’ time and effort. “It’s hard to get access to this stuff so we’re all try to figure out how to do this first,” says Dodson, who tested camera movements over and over until he had figured out which ones did and did not cause nausea. Similarly, Raynai built a test rig to understand the consequence of camera movements in VR. “Our goal is to move the camera,” he said, but achieving that goal without negative externalities remains a challenge. Indeed, the fact that most of the panel had conducted variants of the same experiments speaks to the need for—and importance of—diffusing VR knowledge.

Why do these things matter? In short, VR can be quite sickening. A good visual story requires camera movement, but the differences between camera movement as perceived by your eyes and sensations in your inner ears can cause motion sickness. A good visual story, incidentally, should not make you puke. One solution Raynai identified was nudging the viewer into thinking the camera’s about to pan and then cutting to its end destination, effectively getting them to fill in the blank in their head. This approach of VR sickness, which owes a great deal to the hinting and eliding old-fashioned cinematography, might buy creators enough time to figure out how to make panning work.

All of these experiments, however, bring us back to the initial point about barriers to entry. Raynai says that one of VR’s biggest problems is the lack of accessible and usable software. At present, filmmakers must collaborate with developers, which makes it harder for a lone creative to just play around with the technology and see what happens. There is a further financial barrier to this kind of exploration. It costs thousands of dollars per minute to produce VR films, and the funding mechanisms to cover these costs are still being worked out. “There is money out there if you search around,” Sadler says, yet that knowledge cannot fully assuage concerns about the price of camera rigs, software, and headsets. That the sources of potential funding now include studios as well as sponsors and crowdfunding sites is encouraging, but hardly means that the total pool of funding is large enough to support the work that needs to be done.

Until the day comes where institutional funding is available, the development of VR filmmaking will probably depend on crowds like the one at Kaleidoscope’s festival informally transmitting information. In the short term, this approach to community-building and professional growth is unlikely to produce a glut of remarkable films, but it will lay out the necessary groundwork for figuring out what—if anything—VR is really good for. Sadler, Dodson, and Raynai all agreed that VR is a promising technology that should be put to greater use, now someone has to do just that.