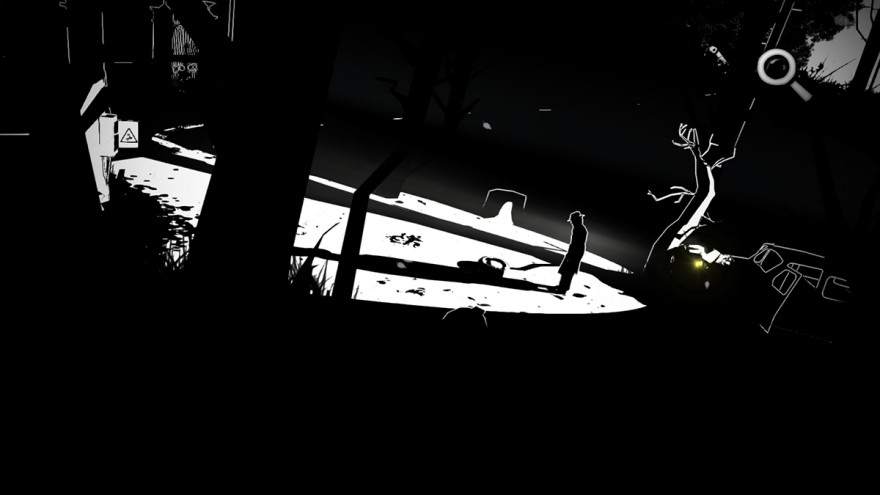 White Night, from the French developer OSome Studio, has been given a cross-platform release date of March 3rd. With its high-contrast shadows and minimal lighting, the game uses a carefully-formed aesthetic to carve a niche at the intersection of 1990s survival horror and 1940s film noir.

By now, “film noir” has been pared down to a laundry list of tropes and themes that frequently get parodied and revisited. Our idea of the genre is made up of gruff detectives in trenchcoats, gravelly voice-overs, sparse lighting, fast cars, and femmes fatales. The minute-long trailer promises all of these, but instead of murky morality and a seedy criminal underworld, the game deals in ghosts and puzzles set in a haunted mansion.

The fixed camera angles of White Night call to mind the look of the original DOS Alone in the Dark or Resident Evil on the PS1. In the 90s, developers were able to save processing power by using static 2D backgrounds, but White Night replicates this in order to reclaim control of the camera; in this way, they also look back to the stylized lighting and non-interactive cameras of early cinema.