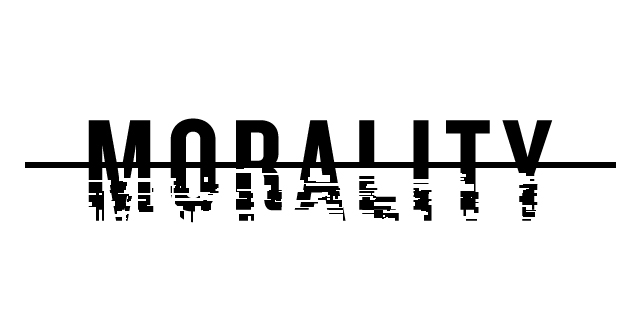 The Third R of Gameplay Control

In multiplayer videogames, there are three primary means of controlling gameplay. First, there are Restraints. These are built directly into the mechanics of the game. Leaping from one end of the map to the other, for example, is something that the programming of most first-person shooters simply does not allow. Second, there are Rules. Rules control for things that the mechanics of the game allow, but which the owners of a particular server do not want, such as spawn camping. The difference between Restraints and Rules is the difference between your car’s speed governor and the posted legal speed limit. Your car’s governor (a Restraint) won’t let you drive faster than 95 mph, but if the posted speed limit is 35 (a Rule), going 75 likely get you punished by local law enforcement.

In addition to Restraints and Rules, however, there is a third R of gameplay control: Wrongs. These are the ethical principles of gameplay. According to many gamers, such principles apply even when they are not embodied in the explicit Rules of a given server. In the popular Call of Duty games, for example, spawn tubing is seen by many as wrong regardless of whether there is a server rule against it. But are such things really wrong? Or are ethical principles of gameplay just a myth of gaming culture? Is all fair in love, war, and videogames? This is the first of two articles that will explore the controversy.

Some players are what philosophers call knaves. These players recognize that yes, certain things allowed by the Restrictions and Rules are nonetheless wrong, but they simply do not care. When asked whether it is wrong to spawn tube, they will answer “yes,” but they will proceed to do it anyway. Some philosophers deny the possibility of knaves in this sense. In his landmark 1952 book The Language of Morals, R. M. Hare championed a view now known as “motivational internalism.” According to this view, anyone who is not motivated to avoid doing X doesn’t really believe that it is wrong to do X. If motivational internalism is right, then anyone who appears to be a knave is just giving lip service to claims about what one should not do, when in fact he either does not even understand those claims or else he understands those claims but universally rejects them.

If a player does not even understand what we mean when we say that spawn tubing is wrong, then he is a psychopath. In the question “What are you allowed to do in this game?” the psychopath can understand only two senses of the word “allow.” He can tell you what is programmed into the mechanics of the game (the Restraints) and he can tell you what will get you kicked from a given server (the Rules).

The player who understands but universally rejects ethical principles in gaming is the ethical skeptic. This player understands perfectly well what players mean when they say that spawn tubing is wrong, but he simply disagrees. According to the gaming ethical skeptic, whatever is not prohibited by the mechanics or the stated rules is perfectly okay to do. Skeptics will of course recognize that other players believe that there are wrongs in gaming, and they might even, for the sake of not having to listen to the condemnation of their peers, obey them. But if you ask these players whether it is really wrong to do those things, they will reply that it is not, that they are merely “playing along.” Of course, others, not bothered by the condemnation of their peers, won’t even bother to play along—they’ll do whatever it takes to rack-up the highest kill/death ratio or secure the most team objectives.

Psychopaths and skeptics are both amoralists: They reject wholesale all ethical principles of gameplay. Of course, such players will agree that other players say “one should not spawn tube.” But when they do so, they do not assent to the claim that spawn tubing is wrong. What they do here is something W. V. O. Quine coined “semantic ascent”: They say that people say something is wrong, but they do not themselves say that it is wrong.

Your friend is a “good person” at work and at the pub. She rarely cheats, lies, or steals, even when she could very easily get away with it. But put her in front of a console or gaming rig, and she becomes an entirely different sort of person.

Gaming vs. The Rest of Life

Nevertheless, there is some evidence from empirical psychology that people become, let us say, “less moral” if put into certain situations. In Philip Zimbardo’s famous prison experiment, for example, the subjects playing the guards were believed to be “good boys” who became “evil” when put into their pretend roles as guards. Perhaps something like this happens to some of us when we play videogames. In any case, whether some people really do become knaves or psychopaths exclusively while gaming is a question for the psychologist, not the philosopher.

While gaming knaves and psychopaths—that is, people who are knaves or psychopaths exclusively while gaming—appear to be rare, gaming ethical skeptics appear to be all too common. Your friend is a “good person” at work and at the pub. She rarely cheats, lies, or steals, even when she could very easily get away with it. But put her in front of a console or gaming rig, and she becomes an entirely different sort of person. She now subscribes to a form of “might makes right.” Not “might” as in “strength,” but “might” as in “possible”: She believes that whatever she might do in the game—whatever it is possible for her to do in the game—is perfectly acceptable for her to do in the game. Unlike the knave, it is not that she lacks the motivation to do what she believes is ethical: She no longer believes that there are any ethics, at least none that apply to the game. And unlike the gaming psychopath, she understands perfectly well what we mean when we say that something is wrong: It is simply that she rejects what we say as false.

As in the case of gaming knaves and psychopaths, it is a psychological question whether what appears to be happening with these people—whether they really do become ethical skeptics while playing games—is really happening. The distinctly philosophical question is not whether there are such people, but whether such an approach to gaming is rational. Are there any good reasons to be a gaming ethical skeptic?

This is a monthly column on the ethics of videogame play. Locke is an assistant professor of philosophy in at Claremont McKenna College. Got a burning ethical quandary? Email us at info@killscreenmagazine.com.