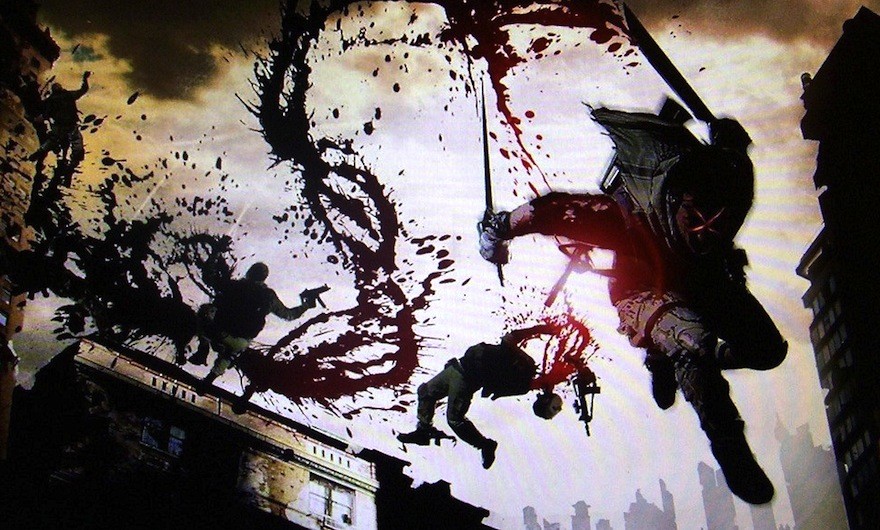 Granted that game is Tomonobu Itagaki’s Devil’s Third, picked up by the typically kid-friendly Japanese publisher after THQ’s corporate collapse, but this is not supposed to happen. After all, we’re talking about Nintendo—a company who yesterday announced games starring a crocheted green dinosaur, a rainbow-riding pink puffball, and a verklempt toadstool named Captain.

Now you can add to their ensemble a heavily tattooed, drumroll-playing Vin Diesel lookalike who can cut dudes in half horizontally. Honestly, Devil’s Third looks excellent, a little like Gears of War, but excellent. This is not unexpected given that Itagaki is making it and how the excellent Ninja Gaiden franchise fell apart at the seams once he was through. I’m glad Nintendo swooped in and saved the day. It’s just weird thinking that this machine-gun wielding beast could potentially be the next character reveal in Smash Bros.