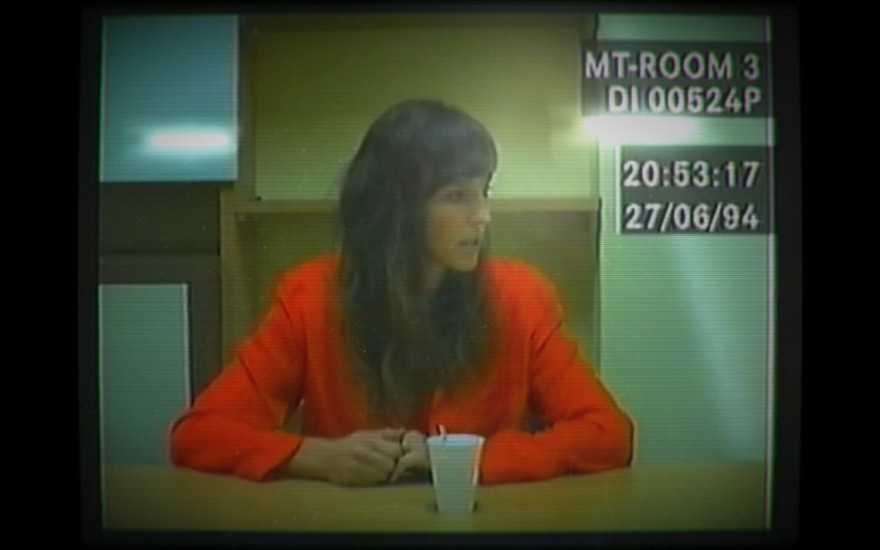 Her Story is an FMV game in which the videos are police interviews with a woman played by Viva Seifert dating back to 1994. She was being interrogated in connection with the disappearance of her husband. In one of her seven sessions, she wore a blue blouse. In another, she wore white. In yet another session, she was clothed in quasi-penal orange. Why on earth would she do that? What does it mean?

When it is released on June 24, 2015, Her Story will complete a year of obsessive mystery dramas. Many of them, including True Detective and a little podcast named Serial, became games in their own rights as rabid fans glommed on with theories, some less credible than others. It’s only fair that such devotion be rewarded with a game. Her Story is also an heir to Gone Girl and its focus on the murder media industrial complex and its fetishization of attractive white women. It is no coincidence that the star of Her Story would look right at home in a Nancy Grace segment.

Shows become games as rabid fans glom on with theories

It’s impossible to predict what, exactly, will take place in Her Story. To an extent, that is beside the point; it is a game about interpretations as opposed to concrete events. In that regard, Her Story follows in a longer tradition than True Detective, Serial, or even Gone Girl. As Janet Malcolm wrote in The Journalist and the Murderer, “The writer ultimately tires of the subject’s self-serving story, and substitutes a story of his own.” Which version of yourself will you inject into Her Story?

You can find out more about Her Story on its website.