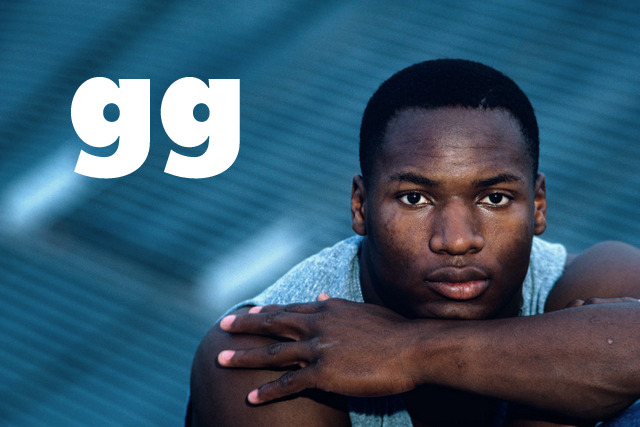 Bo knows. In 1989, there was no need to complete this sentence. As the Earth’s premier multi-sport athlete, Bo Jackson played left-field with the Royals and took handoffs with the Raiders. He could crack a homer off Randy Johnson. Steal second base. Stiff-arm a defensive back. Shake a big hit. The man possessed skills mere mortals weren’t supposed to have.

He was a Greek god. But what about the Greek god of esports? We wanted to know if there was a Bo Jackson of the W, A, S, D keys, some Matrix-like prodigy who can flip back and forth between trigger happiness and managing the defense budget in StarCraft. Where are the gifted young aces who see the warp and the weft? More importantly, what can they tell us about the world of competitive games?

Well, to start with, that they seriously screw with your head. 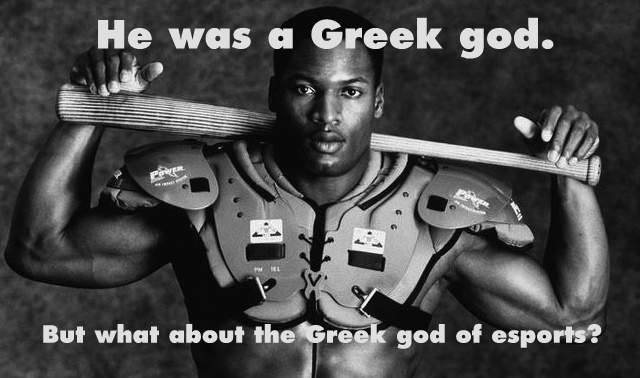 When his manager mentioned that he was nearly as fast as a jet fighter pilot at reaction tests, Zaccubus corrected him. “I was faster,” he said.

But I’m getting ahead of myself. There aren’t all that many folks with the omniscience of Bo, especially these days. Players are expected to specialize in one game or another. This goes both for sports and esports. When I posed my questions to Michael “ODEE” O’Dell, the manager for Team Dignitas, one of the World’s largest pro-gaming teams, he told me it’s rare. Of the five hundred or so players that have joined his roster over the past ten years, he says that there’s only been about ten or twelve who were comfortable playing other games.

He set me up for a meeting with two of them: Ziggy “nVc” Orzeszek, and David “Zaccubus” Treacy. Ziggy specializes in first-person shooters, but dabbles in other games prodigiously–a bit of Street Fighter, TrackMania, Team Fortress 2 and Quake. It all comes back to shooters though. (He told me, in a charming English accent, “I like hitting people in the face with the weapon.”)

He told me, in a charming English accent, “I like hitting people in the face with the weapon.”

Zaccubus’s forte is shooters, too: Unreal Tournament, Painkiller, Quake. Does he play Street Fighter? Here and there. Your multiplayer-online-battle-arena games, like League of Legends? But of course. World in Conflict (think: army tanks)? Well, from time to time. In 2007, he amused his teammates by picking up a silver medal in Tony Hawk. When his manager mentioned that he was nearly as fast as a jet fighter pilot at reaction tests, Zaccubus corrected him. “I was faster,” he said.

God only knows how these guys get there, but judging from our conversation, they possess one skill that applies universally and trumps all others, no matter the game. It’s not healthy living, exploiting strengths, staying motivated, having fun, putting in the hours, reinventing yourself, getting lucky, avoiding mice with dusty sensors, being a math whiz, or having a meticulous sense of timing. It’s keeping head-fuckery at bay.

Because all the top players know each other, and because the talent level is so consistent, esports inevitably come down to mind games. “I know what they’re doing,” Zaccubus says, “how they like to play a situation, what weapons they like to take away from me. They know my weaknesses, but I like to think I know my weaknesses even more.”

Ziggy backs him up. “When I used to play Quake death-match, my strongest weapon was the lightning gun. People would counter by taking it away, because they knew exactly how I played, but I knew how they played. You kind of double-think,” he says. 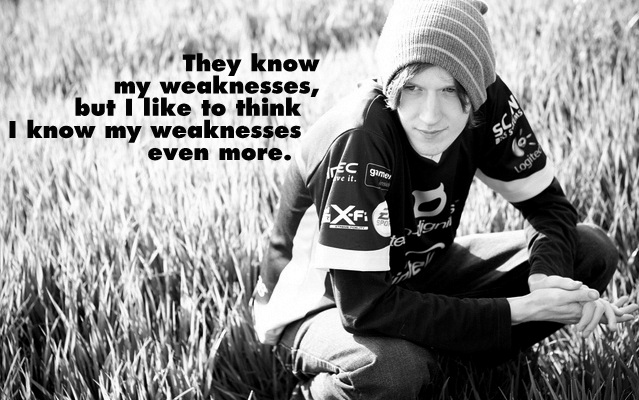 Sometimes just smiling at an opponent can throw them off. Other times, seedier ploys are necessary. In 2005, when Zaccubus came up against Fatal1ty, the world champion at Painkiller, he wiped the floor with him, thirty-five to zip. It seemed to be a rout. But not so fast. Next round, Fatal1ty claimed that his computer was broken. For forty-five minutes, he shuffled from computer to computer, testing them all out. By the time he was ready, Zaccubus was cold. Fatal1ty had bought some time, calmed himself down, and went on to become the inglorious victor. Not exactly Jedi mind tricks, but it works.

Steal second base. Stiff-arm a defensive back. Shake a big hit. The man possessed skills mere mortals weren’t supposed to have.

Mind games like these are played in every single esport, according to O’Dell. “Delaying a player’s momentum by asking to go to the toilet is standard for any experienced pro,” he says. “You can play mind games on Twitter. You can leak false info in interviews.” I wondered if he was passing on some dubious information about his bathroom break strategy to an upcoming foe.

The conversation turned into a study of advanced hoodwinking. We talked about the art of deception in Street Fighter. We talked about the importance of isolation when playing Asian teams in Defense of the Ancients. We talked about how in League of Legends it’s not uncommon to rope-a-dope. “You send one guy out to take the first hit, and all of a sudden you converge on them. They’ve just been completely mind-fucked!” Ziggy told me. There are other ways to catch opponents off guard, too: try playing as a lamia hierodule instead of, say, a clay figure brought to life by magic.

Greek god though he may be, I somehow doubt Bo knew that.