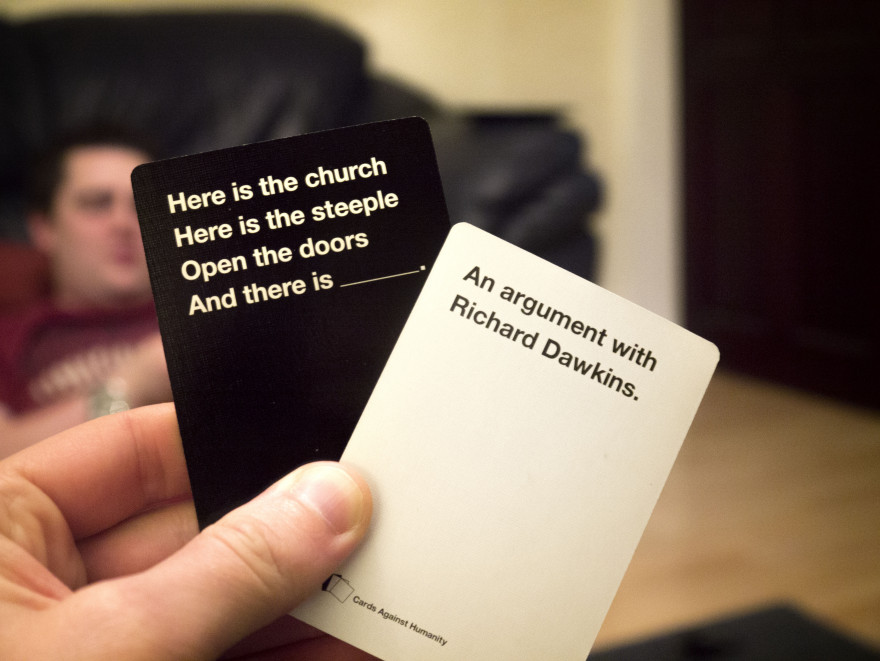 We are in the midst of a board game boom, and FiveThirtyEight has figured out why: Kickstarter. You should read the whole story, but here’s the crux of Oliver Roeder’s analysis:

“Since [2009], pledges to board and card game projects on the site have totaled $196 million, according to the company. Ninety-three percent of that money went to successful projects — those that reached their fundraising goal. For comparison, pledges to video game projects, including hardware and mobile games, have totaled $179 million. Of that, 85 percent went to ultimately successful projects. On Kickstarter, analog is beating digital.”

(Disclosure: Kill Screen has previously collaborated with Kickstarter on editorial projects. This article was produced independently of those projects and its author had no involvement in the aforementioned collaborations.)

There are a number of metrics for crowdfunding success that you can use—money pledged, targets met, promises kept—and board games appear to be doing well on all of those fronts. In a sense, success breeds more success. “With Kickstarter, there’s a definitive launch point when you start the project. You know what the beginning of that process looks like,” Monikers developer Alex Hague explained when I interviewed him in February. Much of this phenomenon is often attributed to Cards Against Humanity, which set a precedent for successfully crowdfunded tabletop games. But there’s more to this story than developers simply emulating a successful project. As Hague put it: “There’s a lot of people, there’s sort of a cottage industry of folks who can offer best practices and stuff like that: how to start a Kickstarter, what to do one week before, what to do two weeks before.”

Interest in developing and playing tabletop games is not new, but new funding mechanisms have made it possible to consolidate diffuse groups and achieve gains in the process. Roeder notes that Kickstarter allows developers to reach larger audiences and figure out what they will actually buy before they’ve already spent time and money on building the finished project.

Figuring out what happens after a project is approved is the relative weakness of this approach to game development. This, it should be noted, is a more general challenge for crowdfunding. In his New York Times Magazine feature “ZPM Espresso and the Rage of the Jilted Crowdfunder,” Gideon Lewis-Kraus noted, “Kickstarter and its crowdfunding competitors have invented a new sort of economic relationship, and a corresponding frontier of Internet acrimony.” This problem affects all areas of economic activity, but tabletop games appear to be doing better than most. Perhaps the formation of supportive digital communities has helped to avoid some of the acrimony Lewis-Kraus witnessed between ZPM and its backers. Playing tabletop games has always required one to work and interact with others, and these skills may be coming in handy.

Kickstarter success is, however, only a limited form of success. Kickstarter has managed to consolidate tabletop gaming communities and make it easier to bring new games into the world. The next challenge is getting games other than Cards Against Humanity to grow outset of Kickstarter’s relatively comfortable climate. As Hague told me in February:

“The interesting thing is the situation we’re in now, which is that we had a really successful kickstarter and have fulfilled all of those orders, and there’s very little guidance for that post-backer-fulfillment period: once you’ve sent everything out to the backers, what it looks like to launch the game to the actual public, there’s not the Steam Greenlight or indie dev projects that Microsoft or sonny have. As an independent developer of tabletop games, what that moment of launch looks like is really hard to find information about online.”