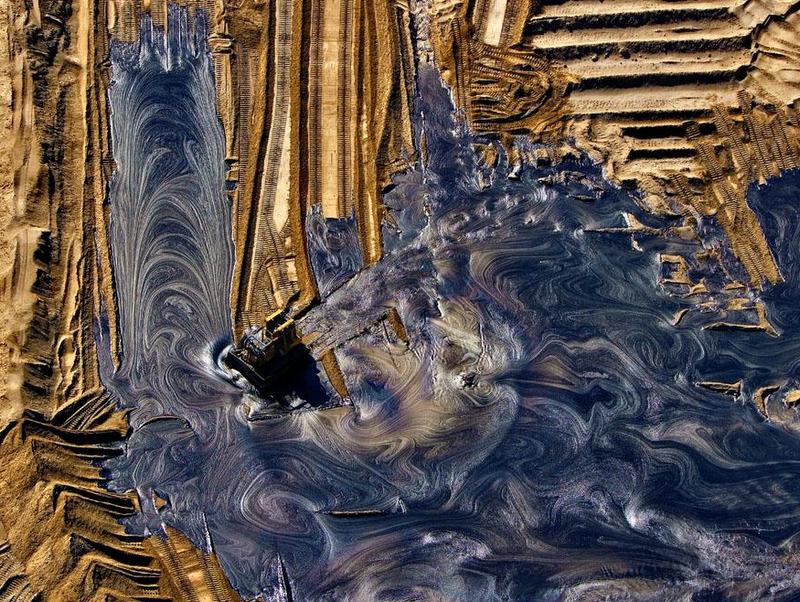 “It sounds somewhat disturbing to me on the face of it.”

The Athabasca oil sands, up in Harper’s home province Alberta, is an initiative seen as his pet project and is radically divisive among Canadians. The extraction method causes higher carbon emissions than extracting normal crude, and some critics say it wastes more energy than it creates. It also sustains a huge faction of employment in Alberta. The Keystone Pipeline, a massive project that would take the oil from the true North to the heart of Texas, recently backed by the U.S. Senate and worrying landowners the whole way down, looms over all of this.

Canada has mixed feelings about its energy. Alex Jansen, a multimedia producer and founder of Pop Sandbox, is on the fence on the issue, and for the moment that’s where he’d like to be. Jansen hopes the game he’s made about it doesn’t push an agenda as much as bring it to light.

But Jansen’s newest release Pipe Trouble has already caught the ear of a Canadian premier. After releasing the game online for TV Ontario’s website last week, a firestorm of criticism emerged and sparked anew a debate that’s raging. TVO took the game down, Ontario’s premier weighed in, and now Jansen’s at the center of raging debate. Here’s the little story of how a small game with good intentions is caught in Canada’s national spotlight.

“Getting them engaged. That’s the key.”

The opposite front isn’t heard through jingoistic pre-shows. One of the most infamous opponents of Canadian oil projects was Wiebo Ludwig, an Albertan who saw the pipelines as a direct threat to his community, and responded by distributing self-produced films and bombing wells. The tradition of explosive sabotage spread to British Columbia, around the Peace River Country, grieving both the oil benefactors and local farmers, and families, already weary of the sour gas damages. The incident inspired a documentary, of course, but also, of all things, a video game.

On a brisk Wednesday night, one of Toronto’s trendiest bars, Get Well (which already has a wall of arcade cabinets), had to make room for another row. It’s the release party for Pipe Trouble, a new game for iOS and Android, and Jansen, who saw the title through, is delighted at how many faces in the crowd he doesn’t recognize. Jansen once worked on the distribution side of documentaries like Jesus Camp and The Corporation, but found that their audiences were often repeat customers. “With a 90-minute doc you’re reaching a certain audience,” says Jansen. “Sometimes you’re preaching to the converted.”

The game draws from a few notable influences, not only from the oil pipelines but also from the fossil-old video game Pipe Mania. Similarly, you must construct a length of pipe between point A and point B before a troublesome goop leaks out. The twist in Pipe Trouble is that, beyond making the piping connection, you have obligations to keep.

A disembodied Herzog is asking ominous questions of humanity nearby…

You work on behalf of an oil company, represented by an old white man in a suit, who just wants the job done with as efficient a budget as possible. But you also have resident farmers, landowners, with understandings that you intend to do minimal damage, avoid clean water sources, healthy soil and forestation, which is easier said than done. On top of this, there are protestors who block paths, and anarchists that—as if a disembodied Herzog is asking ominous questions of humanity nearby—sabotage segments of your pipe, forcing you to quickly reroute. All in a cutesy, retro-inspired pastiche with music by Fucked Up’s Mike Haliechuk and Jonah Falco.

Jansen says he wouldn’t approach a subject he’s already settled on, that if he’s already got a firm stance then it isn’t worth pursuing. He wants to learn as much as he wants to teach, and he feels that nothing can teach cause and effect better than playing it in a game. Even after releasing the project, Jansen still feels torn about Canada’s energy woes.

“I still find that it’s a learning process for me, because otherwise I’d be hypocritical,” says Jansen. “My house is heated by gas. There is also a concern with a lack of regulation. It’s tricky. We need energy, but we need to be much more responsible in how we’re exploiting it. My biggest goal is to not tell anyone what to think, we really tried to wrestle that and play a middle role. An audience who is not necessarily engaged? Getting them engaged. That’s the key.”

No one should feel they’ve learned all they need to about such a contested subject as this from a tablet game, but that’s not to say the energy expended on completing it won’t get players curious. It’s likely that the oil sands debacle is one that’s dodged the radar of many gamers, especially outside of Canada, and for that brand of person a game is more likely to hold them than an episode of the fifth estate.

It took him an hour, but one player, Oscar, managed to beat all 24 levels. The game is much harder on an arcade joystick than a tablet, and, having to manage with all the farmers, protestors and anarchists, Pipe Trouble helped Oscar begin to sympathize with the struggles of big oil. He seemed surprised at his own reaction.

“That’s interesting to hear,” says Jansen in response to Oscar. “Because sometimes we’ve heard the opposite, that it can be too critical. You’re kind of caught between two extremes. You’ve got a volatile farmer, who isn’t even a straight-up farmer’s perspective, it’s more like a Wiebo Ludwig perspective. On the other side you have the gas rep, and you’re trying to choose who to appease.”

Pipe Trouble negates the popular idea that you can have it all, and build a functioning energy pipeline while sparing the environment. It brings in the cynical real world idea that you can’t cover all bases and save the day. Jansen, taking a page from Jason Rohrer’s Passage, hopes the player questions if beating the game really means that there’s a winner.

UPDATE: Pop Sandbox has released a press release to explain the game further (as if that’s needed!) “At no point does a player assume the role of an “eco-terrorist” or engage in any act of vandalism or bombing as has been reported,” the company says.