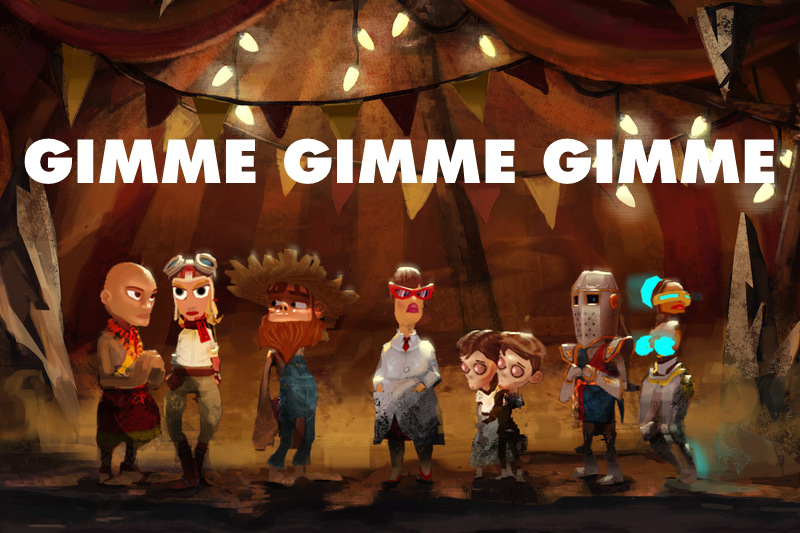 When I was growing up, my family was very open about how broke we were. When I was very young, we described ourselves as lower-middle class. Somehow we bought a house anyway. There were three bedrooms for five people. My brother kicked a hole in the wall once and it stayed there for years, bare and open. The hole was shaped exactly like a cowboy boot, though he was wearing tennis shoes when he made it.

I don’t remember how old I was when we stopped saying we were middle-class and started calling ourselves poor.

The thing about being poor is you want all the time. When I started dating the woman who is now my wife, she had a car and I didn’t. Her car had working air conditioning. I thought that maybe this meant she was a little bit rich. I thought that maybe I would enjoy dating a rich girl. I waited years before I told her that I’d thought these things because I was afraid she would hate me. You learn to bury your desire, when you’re poor, so you can be close to other people. You know they smell it on you, though.

The Cave is a game about people who reek of desire. Mastermind Ron Gilbert has said that the idea has been with him for more than twenty-five years. He conceived it even before he made his name as a designer with classics like Maniac Mansion and The Secret of Monkey Island. The particulars of its format have changed over time, but the core concept—a story of adventurers exploring an ancient, magical, talking cave—remains the same.

I pushed a man into a pit of spikes and used his corpse as a bridge to the other side.

At the beginning of each descent, players choose three characters from a cast of seven broad archetypes (a scientist, a hillbilly, a monk, etc.), each with a special ability and a chilling secret. The game is then divided equally between adventure-game-style puzzles unique to these characters and thematically looser puzzles requiring the full participation of your entire party. Each of the character-specific puzzles proceeds according to its own logic, but they all end the same way: you do something terrible to get the one object your character wants most.

The first time I made this happen, it was both funny and a little shocking. I pushed a man into a pit of spikes and used his corpse as a bridge to the other side. My body surrendered a nervous chuckle. By the time I was done with my second trip through the game, the experience had taken on a squalid, shameful, but most of all familiar tenor. I thought of that boot-shaped hole in the wall. I smelled that old, bad smell. 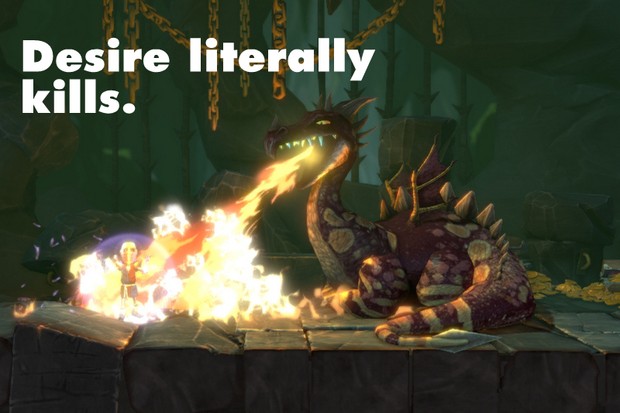 The Cave has a moral, and it isn’t subtle. Desire is bad. Desire festers in the heart. Desire literally kills. At their best, the game’s puzzles and mechanics provide subtle support to this argument. There is one particular puzzle that cannot be solved unless you are willing to actually avoid picking up items. If you can only resist this instinct, the puzzle is stupidly easy. There is, in fact, no puzzle at all, unless you create a problem for yourself by lifting the items. I tried to solve this room six or seven times before it occurred to me to simply put my golden trinkets down and wait.

Is this the same instinct that led me to hoard empty Coke cans in my room as a teenager?

Why did I think I needed those trinkets? Because years of playing adventure games and videogames more generally have taught me to never leave anything behind. Like most gamers, I finish every RPG I play with a tremendous stock of powerful magic items that I won’t allow myself to use precisely because they are so useful. In the Final Fantasy series, I never use a megalixir before the final boss, and usually not even then. I’m too afraid that I might need it later. Is this the same instinct that led me to hoard empty Coke cans in my room as a teenager? (I felt so bad about those cans, but I couldn’t throw them away.)

Adventure games especially teach us that we never know what we might need: this firecracker, that wheel of cheese, those “magic” beans might someday be essential. There are several powerful moments wherein The Cave subverts this lesson, encouraging players to examine the strange, ugly needs that live inside them. 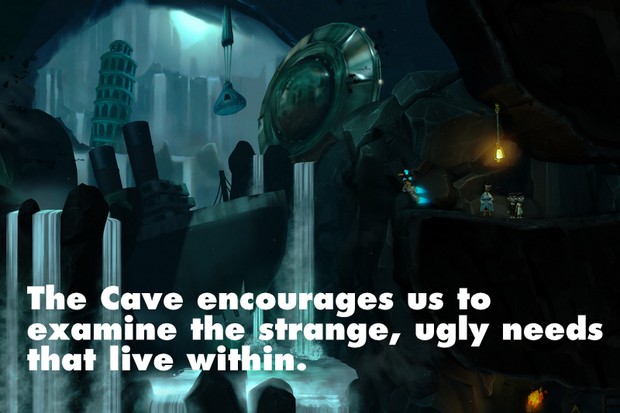 In light of these occasions where The Cave’s mechanics dovetail so perfectly with its thesis, it’s tempting to read its less elegant elements more generously than they deserve. Perhaps the designers elected to design an adventure game without an inventory system because the tedious chore of running three different characters carrying no more than one item each back and forth across a level would evoke the drudgery of a life controlled by desire for material possessions. Perhaps the game requires you to replay the same content so many times if you want to see all of the character-specific levels in order to evoke the cyclical nature of suffering. This may have something to do with reincarnation.

Still, I felt much more than frustration while I played The Cave, especially in my first descent, when the puzzles were still new and I could still be surprised by my own capacity for evil. I felt shame. I was anxious. I laughed a nervous laugh. And I wanted. You could smell it on me.