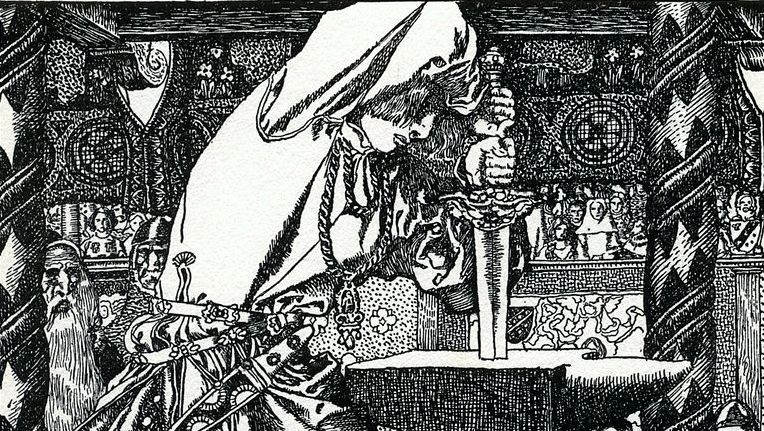 Infamous: Second Son places players in control of Delsin Rowe, a graffiti artist-turned-superhero who is faced with moral choices throughout the game. Even in a random encounter with a surrendering enemy, Delsin can kill them outright or restrain them, with some difficulty, earning him positive karma points.

These points have a profound impact on the game’s narrative. Delsin is a member of fictional Native American tribe the “Akomish.” During the course of the game, the members of the tribe are hurt and tortured. With good karma, at the conclusion of his adventure, Delsin heals his tribe members and is welcomed back. With bad karma points, Delsin is cast out from the tribe and in his anger he destroys the entire reservation.

Such quantified moral choice systems are increasingly a part of sandbox video games. But even as games provide an increasingly complex and nuanced moral spectrum in their games, players seem to be relatively static in the choices they make. If given the option, and the option is clear enough, it appears they prefer to play the hero.

In Infamous: Second Son, the majority of players chose to play as the hero, according to Parnaz Tarini, of DKC Communications—a promotional firm for the game. Similarly, at PAX East last year, Bioware reported that 65 percent of Mass Effect 3 players chose to play as the “paragon” when given the option to play as “paragon” or “renegade.” In both cases, this information was drawn from trophy data among players. Yet this trend has also been noted in academic research.

In an online survey of Mass Effect players, researchers found that the importance of a person’s moral foundation predicted the kinds of ethical choices they would make. Andy Boyan, assistant professor of communication studies at Albion College in Michigan, reported these findings during a meeting of the game studies division during last week’s International Communication Association meeting in Seattle. Boyan said that his survey participants supported what Bioware shared—the majority of people played as a “paragon”—but in addition, a person’s experience and beliefs about harm, purity, and fairness predicted how they played the game.

In other words, people played Mass Effect as if they were Commander Shepherd, Boyan argued. Their beliefs, attitudes, and behaviors in the real world transferred into the game world.

David Simkins, affiliate of the Media Arts Games Interaction and Creativity (MAGIC) Center at the Rochester Institute of Technology, found in his research that people enjoy the ethical quandaries of such games in his research on ethical decision making.

“There was a value for having a moral choice that affects your game but doesn’t have a right and wrong answer,” Simkins said. “In all gamers, there was a prevalence toward exploring a freedom from morality that you can experience in our world. Or having the ability to do the right thing anyway when you can do the wrong thing.”

Simkins’ research involved long-form interviews with players where they were asked to describe their experiences in playing games that involved ethical decision making. In general, players indicated that they wanted to feel like the hero and feel like what they did had consequences, but not have the choices be too obvious. Players didn’t tend to like stark differences between “good” and “evil.” But Simkins notes that the dichotomy in Mass Effect isn’t a true “good” and “evil” moral dichotomy.

“One of the things about Mass Effect was that the ethics were not ‘good and evil’ as much as ‘naughty and nice,’” said Simkins. “By ‘renegade’ you weren’t being bad, you were being a jerk. You didn’t have two alternating realities.”

So why didn’t more players choose to play as renegade? Simkins posits that Bioware was trying to create a Han Solo-type character with their renegade ethical options, but that they failed to make a compelling character. Regardless of how you play the game, the main character Shepherd is always interested in combating the antagonist force of the game, the Reapers. She cannot, for instance, join the Reapers and work to destroy the galaxy. The ethical decisions of Mass Effect don’t affect whether Shepherd is a hero as much as the kind of hero she represents.

The ethical decisions of Mass Effect don’t affect whether Shepherd is a hero as much as the kind of hero she represents.

Boyan also noted that Mass Effect was a long series so players may play as “paragon” out of guilt, in that they don’t want the story to turn out poorly after investing 90 or more hours.

“What I found was that a large portion of people wanted the experience of being the hero—they wanted to try to do the right thing,” said Simkins, whose book The Arts of LARP is due out next year. “There are very few people who want to walk around and cause chaos and mayhem. Some people do. They’re a minority.”

Why do we want to play the hero and not the villain? This choice seems a bit counterintuitive in that if one considers that most of us cannot—legally—play the villain in real life, so why wouldn’t we in our games? If you look at the film industry, the current emphasis is on the villain. Recent movies Maleficent and Captain America: The Winter Soldier have the villain in the title. Cable television has long relished anti-hero protagonists, from Walter White to Tony Soprano. While the villain has obvious appeal, Simkins notes that we don’t often get to be the hero all that often either.

“We don’t often get to be the person who swoops in to save the day either,” Simkins said. “The idea that we can walk in and improve people’s lives just by what we do.” He added, “People who by large get into their professions, they want to do good. But you don’t often get to see the good you do very clearly.”

In real life, “you don’t often get to see the good you do very clearly.”

What both good and evil ethical choices (and all those in between) offer in videogames is very similar—the opportunity to make a choice and see an effect. Being pro-social and anti-social is in both cases wanting to see change occur from our actions—positive and negative.

“The thing I want most in games is that the experience of the game was changed because I was there,” Simkins said. “Because if not that, you’re just along for the ride. In games you’re an actor. You’re an agentful actor in this space and make a difference in the actors in that world.”

But is it also possible that there are only certain types of people drawn to such games?

It seems possible that people who make “good” ethical decisions tend to be drawn to games where they can reinforce the kinds of decisions they make which, in the real world, often go unrewarded. The videogame can provide a virtual and/or narrative reward for good decision-making skills.

We have a natural and completely understandable need to have our decisions affirmed. Jane McGonigal in Reality is Broken argues that the appeal of the videogame is in its ability to address deeply felt emotional needs that reality does not. In the modern-day professional world, we are often very divorced from results of our decisions. A business manager who saves her company five cents per transaction rarely knows or see that there were workers whose jobs she saved. The second-grade teacher who inspired you to learn rarely gets to see you become a successful working professional. This is where the videogame as a medium serves a vital role through its ability to connect our decision-making with clearly observable results.