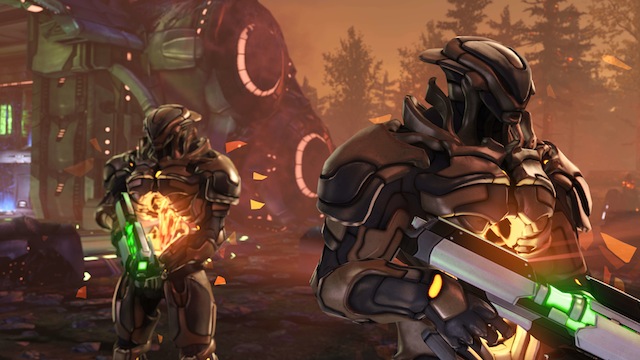 We will publish our full review of XCOM: Enemy Unknown when it’s good and ready, so pipe down. In the meantime, here is a patchwork of our thoughts from the first few hours of Firaxis’ game.

1. Humanity is extremely cheap, given the impending alien annihilation. Having to bow and scrape to the international lords of politics and finance for what they make to seem the – privilege – of defending Earth really makes you wonder if it’s all worth it. I mean, if these people really wanted saving, wouldn’t they pony up the cash for more than a squad of like six soldiers?

2. I have mixed feelings about the game’s art style. It’s clean and pleasing and competent, which given the muddled aesthetics of almost every videogame, is high praise. On the other hand, it flirts with cartoonishness, which has a dampening effect on the extreme tension created by the game.

3. Oh yes, that tension. Several times in my five hours with XCOM, I’ve felt close to reaggravating an old hernia simply from trying to decide whether to shoot or hunker down. What’s that you say? I might have a mood disorder? True enough, but the game is super tense anyway. It will make you want a Xanax in the best way.

4. The “build your base” screen is a dollhouse for big boys and girls.

5. The nicknames the game assigns your veterans are incredible. So far I have a “Crater” (he fires rockets) a “Longshot” (self-explanatory) and a “Freud” (not sure).

6. My roommate makes the point, which goes above my head, that XCOM is a gamified management operations case, as they call it in the business world. I don’t understand this, but it sounded really smart so I wanted to share it with you. Here’s how he tried to explain it to my peon brain in Gchat:

you have to choose cycle times
what to invest in
like, the problem is “you run an electronics company”
you have 12 million in cash
do you invest in
a. improving battery life
b. new product
c. improved cycle times (produce more)
and then you decide distribution routes
that minimize cost
using solver in excel
anyway, it kind of sucks
but its a little fun because the environment and competitors change
and you try to be profitable
it, as well, is turn based – you choose r&D expense
and direction and then see what happens
but it is EXACTLY your game, minus the physical shooting and 3-D graphics

7. Allow me to pull on my geek hat for a moment? One sec, just trying to get the fur wings down over my ears. Ok. The camera takes a fixed isometric perspective that allows you to see 3/4rs of the battlefield. You can rotate it 45 degrees at a time. This is a hassle and is pointless. You should be able to rotate it granularly. Sorry for that last sentence. I once made a promise to myself I would never write the sentence “you should be able to rotate it granularly”, and look at what I just did.

Sigh. I’ll be playing XCOM if you need me.