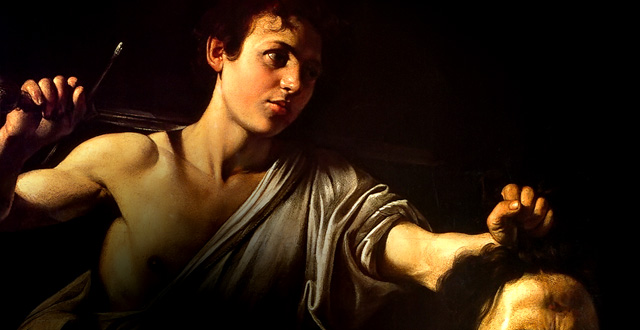 “Game designers are obsessed with the money shot”

So this may be premature since I hardly know you, but let me tell you a secret. This magazine was supposed to be called something else.

Kill Screen stemmed from a (I presume) drug-infested dream that a certain Tom Bissell says he experienced at some point earlier this year. It must have been sometime between when we broached the idea over tikka masala in San Francisco in March, and one of our numerous nighttime sessions of Left 4 Dead – a game that I would gladly contend is a communications facilitator on par with Gmail or Instant Messenger. But the point is, I thought Kill Screen was a swell name that encompasses all the kinetic and visual energies that emanate from its pages.

(To be all technical about it, taken from Golden Age of Arcade terminology and refers to the “end” of a game forced by a programming error such as the unplayable 256th level of Pac-Man.)

And of course, like any good manager, I was completely wrong. I (un)wisely shared the title with the writers, who were decidedly negative about using the word “kill” in any shape or form associated with a magazine about videogames. We’d been down this road before with school shootings and the “new” specter of videogame mania. Why add fuel to that fire?, they said. People just won’t understand, and will write off a serious attempt to write about games as a circle of teenagers, balls clutched firmly in hand, spouting off the double names of all the Metal Gear Solid characters. And if there was one thing we didn’t want, it was teenage balls.

So, to my beloved writers, let me explain to you why I changed our title to Kill Screen at the last minute and why everything is about killing, dying, and expiration.

In games, death is a natural part of the process. Perhaps its helpful to think about dying in videogames as akin to the concept of “jiva” in Hinduism. Hindis believe that a soul is immortal but is tied up in the jiva, which is not. The jiva is subject to all the impurities and pains of this world including death. But death is viewed not as a calamity, but as part of the process of reincarnation and renewal — a temporal resting period that allows the jiva to learn and recuperate before it tries again. Ultimately, jiva and soul continue on their journey, living and dying along the way.

The prospect of infinite, replayable, and fully reparable quietus has fascinated me since childhood to a pathological degree. In my world, death was deliberate and creative, but only in the hands of someone well-trained at creating phenomenal and spectacular methods of dying – such as picking up my brother in Chip N’ Dale Rescue Rangers and hurtling us both into the gaping abyss.

Death was my means of enlightenment. It was how I defined my identity in games – I was the spoiler. When I played Super Smash Brothers through college, I was responsible for endless calamities, both adventitious and calculated. Walking a bomb into a fray and ejecting all of the characters from the screen was the apotheosis of my gameplay experience. My roommates told me that I was being a dick, but I desperately defended my compulsion. That in-game kamikaze was my tic, my Tourette’s – an uncontrollable itch only sated when I was rolling in giggles from my latest deadly caper. Clearly, whoever recorded the “Betrayal” voice for Halo has the same fetish.

Let me be clear — this was not griefing. This was not wanton. This was not juvenile. It was certainly opportunistic (I was the worst and needed something to even the playing field). But there was something primal about dying in games that I saw as laudable. Something special was happening at that strange intersection of jiva and soul. Death was an echo of something I couldn’t repeat in real life — a temporary flirtation with immortality and a chance to be, dare I say, creative in erasing myself and others.

Its novelty lay in being able to step outside of the game’s explicit goals – Finish the mission! Get to the chopper! – in favor of something else, such as hurtling my four-wheeled minions in “Skate” headlong off the mega-ramp. Joy fused with pain to birth utter obliterative bliss.

I could die for hours.

And somewhere along the way, game designers realized that death was awesome too.

It was the mid-90s and gore was cool. Spines were being ripped out of bodies and Trent Reznor was imparting his imminent darkness onto videogame soundtracks. It was videogame’s “crimson” period – an signpost en route to the uncanny valley that marked that blood was the new black.

What I saw was an abandonment of the airy reverence for death that I had cultivated throughout my childhood. I blame Mortal Kombat obviously. And as the graphics capabilities multiplied, each successive generation of games re-imagined death as the money shot, a global chorus of “Finish Him.” It was the extended cut scene. It was the custom animation. It was Mad World, in all of its monochromatic Sin City violence, gorging itself on one violent execution after another, well past the pitch of bacchanalia.

But where is that line? What’s good death and what’s bad death and how are we to tell the difference between the two?

I went to an all-boys high school, and I can tell you that the curiosity and morbid obsession with the climax is the creative force behind the wild sexual activities that dot the pages of Urban Dictionary. Sex was conceived as functional – a matching of orifices with exponential number of combinations. Fantasy beget reality. They made up a term for rubbing whatever all over a woman’s bedsheets and host of other DSM-worthy activities. That act of naming made it real and escorted all sorts of ridiculous coital arrangements into the checklists of adolescent teens and even more adolescent college freshman. The boys of La Salle College High School couldn’t imagine anything mutual about sex – it was something you do to a girl. There’s no collaboration, only execution. (Two-piecing and one-shotting, in Gears-speak.)

That distinction between “done to” and “done with” is what animates my fascination with death in games. A “done to” scenario is a game like Saw which, much to the delight of the half-dozen Eli Roth fans, plays out exactly like the movie. In Saw, you’re supposed to survive, but really the game is about dying. It’s about torturing your character and watching to see when he breaks, fails one of the riddles, and gets his head wistfully exploded by one of Jigsaw’s ridiculous puzzles. It’s about reaching your bare hand into a toilet full of hypodermic needles. Konami knows this type of deathplay elicits a response.

And that’s what makes games like Saw so boring. Women will tell you – nothing’s less sexy than predictability and you know what, men secretly are the same way. The almost-nude catwalk of Victoria’s Secret is far more appealing than the topless bar. The lingerie model offers the suggestion of possibility without making its presence obvious and ergo, inferior.

Bad death in games is the untassled bosom, the obviousness of pornography. You have no relationship with the victim – he or she is only a vessel to enact damage upon. Isn’t the bluntness of Resident Evil’s “You Are Dead” the same directness achieved by a facial? It certainly builds the same way – the same anticipation and expectation – the knowledge that something glorious is about to happen which is finally capped by an explosive discharge. Only it’s a chainsaw running through your enemy’s neck rather than a hand between your thighs.

Games like that tell you what to do and expect you to do it. You’re the lion, they’re the hoop. Rinse, wash, repeat. And it’s the same trick over and over again and you know it’s a trick and yet you ritually succumb to its monotony because the flaming ring is so desperately alluring. Those games are a drug and they are a lie.

We should be wholly concerned with the “done with.”

That should be our expectation with games — it’s a partner.

“Good death” is steering what the game has provided towards an unexpected end. The relationship thrives on the unexpected and the unintentional. The more options the game gives you, the less it relies on rails and guideposts, the better the experience will be. It’s when I slide Nathan Drake toward an enemy, kick him through a broken window, and then jump out after him to see where the body lands in the CG environment. It’s the errant taxi cab accidentally bumping Nico Bellic down a flight of stairs in Chinatown. It’s putting your Sim in a swimming pool and then removing the ladder until he drowns. These are all optional – and in some cases illicit – “uses” of the game and that’s what I enjoyed most about them. I felt enabled to do something I wasn’t supposed to do. But I could also walk away. My participation was optional – and that made my relationship with the game unique. It was the simple ability to say “no.” And that was a reflection of how far I’d come – when I was child, I spoke like a child, I understood as a child, and I thought as a child …

There’s no handbook that can prepare you, no predictive model for success, although there might be a video afterwards. It’s mutual, interactive, fused with pathos, occasional pain, and frustration, and hopefully, part of a larger diet of emotional congress of which the experience is one of many apexes, both on and off-screen.

It is, hopefully, what Kill Screen is all about.