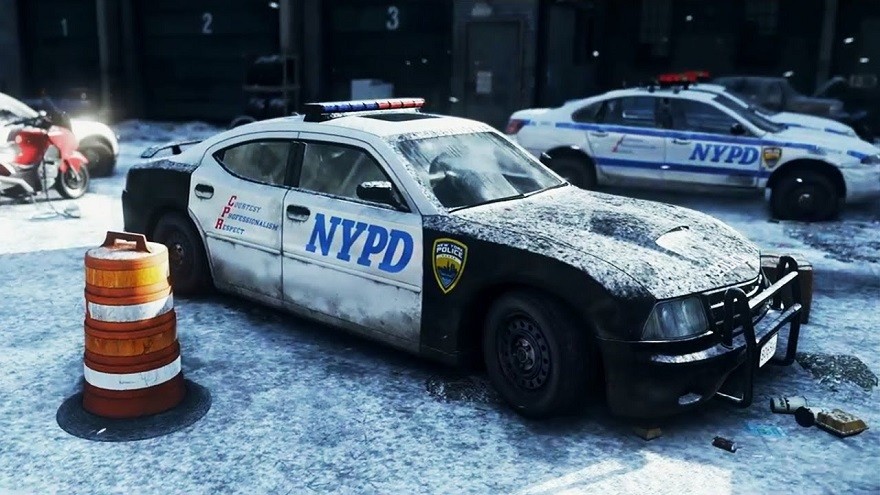 In 2003, seven young men were arrested by police in Sturgis, Michigan for posting signs of the now-ubiquitous videogame meme, “All your base are belong to us,” all across town. At the time, local residents interpreted the prank in light of the wars in Iraq and Afghanistan, with the Sturgis Police Chief calling it a “borderline terrorist threat.” Now, over a decade later, police in Philadelphia are using the same Zero Wing (mis)translation as part of their “#NoSavesies” social media campaign to stop people from getting in fights over parking spots that don’t belong to them.

Since the beginning of time, or at least as far back as the 1970s, urbanites have been using all manner of ready-mades to lay personal claim to city real estate. “Dibs,” “spot-saving,” or “savesies,” involves using anything from a traffic cone to a lawn chair as a protective talisman against anyone who might take someone else’s newly dug-out parking spot. The practice is alleged to have originated in Boston, but is now widespread wherever street parking is scarce. And though it’s illegal in most cities, violating ordinances against littering and roadway obstruction, spot saving is more often governed by neighborly etiquette than law enforcement. 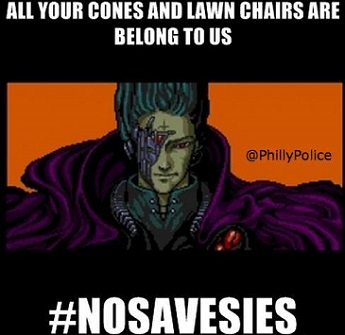 Susan Silbey, a sociologist of law at MIT, mentions the practice briefly in a book she co-authored, The Common Place of Law: Stories from Everyday Life. As she explained to Esquire’s Daniel Kelley last year, when the city of Boston ordered its sanitation workers to start clearing place-holding debris from the streets, residents responded by using larger appliances like refrigerators and toilets that the workers wouldn’t touch to reinforce their claim. Silbey likened the escalation to “perfect citizen resistance,” a form of extra-judicial street justice.

In this context, the PPD’s joking declaration, “All your cones and lawn chairs are belong to us,” is even more appropriate than its creator, Sgt. Eric Gripp, the department’s director of social media, probably intended. After all, Zero Wing was a side-scrolling shooter where players fought enemy AI for control of limited screen space. The original game was played in arcades no less, a place which has its own kind of “savesies” in the form of “coin lines.” Indeed, the cutscene added to the Sega Mega Drive version of the game which gave us our beloved “All your base” line also incorporated a number of other bungled translations, including the last one before the title screen in which the player is counseled to launch her ZIG star ship and carry on the fight, “For great justice.” Despite the PPD’s earnest social media campaign and pop cultural savvy, it’s unclear they’ll have any more long-term success than the invaders of Zero Wing did.