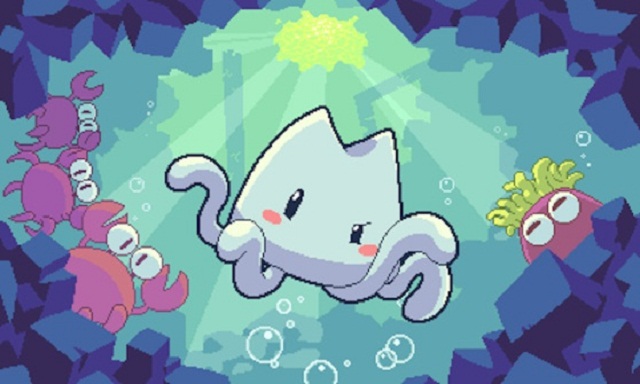 You can play Ikachan for free right now. And you should play it; originally released on PC in 2000, you control a squid through a vast series of underwater caverns, exploring each dimly-lit crevice for food, battling enemies and helping out friends made along the way. It’s the work of Daisuke Amaya, AKA Pixel, who would create Cave Story four years later. After a decade of underground (pun intended) stardom, Amaya’s work is finally reaching a receptive and enthusiastic audience.

But this only came after Cave Story was released for WiiWare in 2010 and sold for twelve dollars, leading to subsequent releases on Steam and 3DS. Now its precursor is following in its wake this Thursday on the 3DS eShop for $4.99.

Should I pay for a game already available for free? Yes. And it’s not why you think.

Michael J. Sandel would point to this shift as a bad thing. Writing in The Atlantic, he argues that a society in which everything is for sale is one diminished by greed, obligation and corruption.

Putting a price on the good things in life can corrupt them. That’s because markets don’t only allocate goods; they express and promote certain attitudes toward the goods being exchanged. Paying kids to read books might get them to read more, but might also teach them to regard reading as a chore rather than a source of intrinsic satisfaction. Hiring foreign mercenaries to fight our wars might spare the lives of our citizens, but might also corrupt the meaning of citizenship.

Clearly he’s not thinking about free-to-play indie games ported to dedicated hardware. But the same arguments could apply; many feel swindled for paying $60 for a full-price console game because they feel it’s a poor value–these “certain attitudes toward the goods being exchanged” should go away when the price is lowered. So free is the ideal evolution, right?

My PC desktop is littered with unopened shortcuts to games purchased on Steam for close to nil.

The success of the Indie Humble Bundle says yes. Players are given the option to buy a set of games for nothing, if they so choose. But enough choose to pay the creators, the organizers (and a few charities to boot) that in the end, everybody wins; the player received good value, and the developers sell copies of a title long past its marketplace prime.

So why is selling a small indie game like Ikachan a good idea?

First of all, selling the game on a dedicated platform like the 3DS eShop automatically lifts its profile: from the surging sea of Flash and Browser-based games on PC to a smaller pool with higher visibility. Thousands more know of Cave Story now than when it first appeared, even though the $12 asking price should have been a deterrant versus the free version available for years.

The larger reason, at least personally, is that by paying for the game, I am investing resources. I don’t want my five dollars to sit unused. I will begin and play Ikachan regardless of its quality (which is high, with loads charm, attractive visuals, and fun, simple mechanics) precisely becauce I paid money to do so. My PC desktop is littered with unopened shortcuts to games purchased on Steam for close to nil. My iOS device stopped being a place where I played games because I felt no urge to play something I had so little investment in. Ninety-nine cents? “I’ll get to it one day,” I tell myself, but I never do.

A pile of change sits loose on my desk, ignored. I see a fiver on the ground and I pick it up. For many there is a psychological drive to spend that which we earn. The opposite holds true; we must earn what we spend. “Markets don’t wag fingers,” Sandel writes. “They don’t discriminate between worthy preferences and unworthy ones.” But I do. And the game I pay five or ten bucks for holds a larger value for me than the one I get for free. And because of me and thousands like me, Amaya is finally getting the reward he deserves.