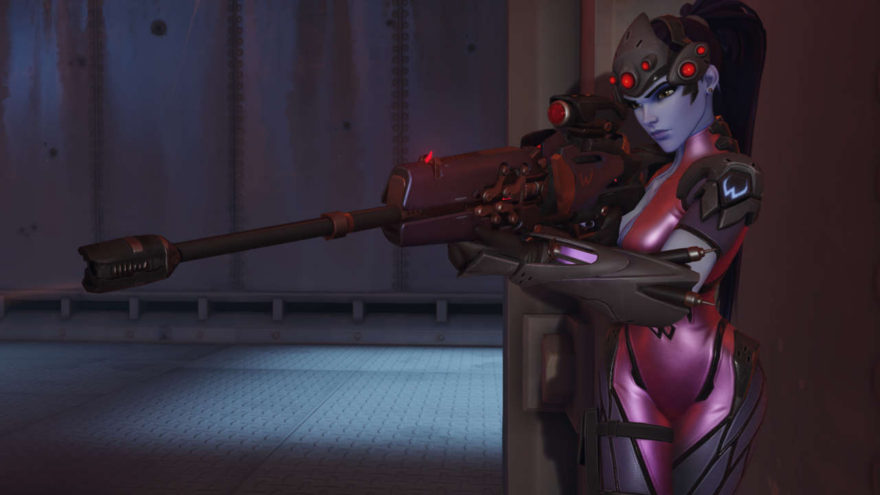 I’m writing to you because it’s been awhile since we’ve looked into each other’s eyes and saw anything more than that first moment we met. We reveled in predestination (surely knowing that you would see me and I you) and in soft mornings we danced in the battlefield on the corpses of those whose widows you did make.

With new eyes we explored this world together, from the rooftops of factories in Russia to the winding alleys of London we stood, hand in hand, and watched from the shadows all the puppet players of the world move red-traced paths we thought we had avoided.

Grapple hooking over the heads of those that would defy us

All this, in the halcyon days before the Kaplan storm hit and with it brought in the seas of competitive waters. Since then, their waves have crashed and I admit that these waters have weathered and tired me, dulling me to the magnetism we first felt. Side by side with you, I find it hard to reclaim that rush that brought us together. Your rifle, once sing-song like with its triplet clicks is now like a clock, its voice fading into the background noise of repetition.

Too often do I feel like time spent with you is time indulged … I watch my allies fall by my side as we snake through alleys and peer out of windows—is this it? Is that what we wanted, what we planned? Grapple hooking over the heads of those that would defy us, peering together through your scoped rifle and waiting for the right moment to usher in yet another widow to this world. I look back at this beautiful beginning and wonder how the world really saw us—not as the rebellious flame we imagined but maybe only cold embers whose flame will never rise, destined to only smolder for eternity.

So boldly we used to live when the world was young, but now? Now I fear I risk the fate of those who we stomped on. I find myself more often now looking down on where we used to stand. I come back to where we would meet only to find you too have moved on, in other hands you now seek me and I hear you watching me like we used to watch others. But to those who hold you now, my fear is with them, as they may soon too realize the conclusions I have drawn. Widowmaker, is this your nature?

Your web is seductive, initiating the timid and scared with a bargain of which would make even Faust’s cheeks blush. I now see what I once was. Widowmaker, quick, make a widow of me now, or shall we strike each other down in battle so that your web may never trap another.

Bastion – Bastion is the machine pointed at the world
Hanzo – Hanzo “looks like a good man,” my Japanese mom raves
Junkrat – I have fallen in love with Junkrat
Mei – Here comes Mei, the badass nerd hell-bent on revenge
Torbjörn – An ode to hard-working, salt-of-the-earth Torbjörn