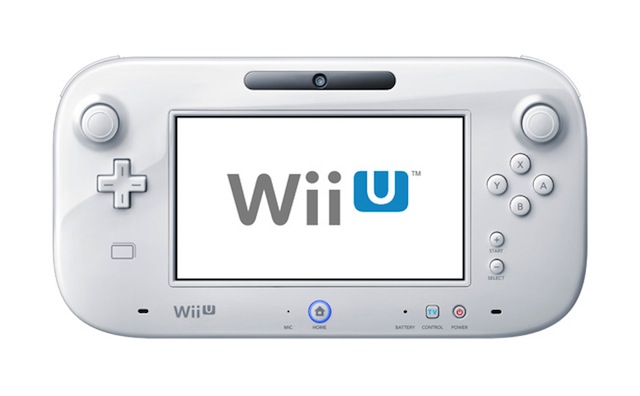 My wife and I are watching The Voice. Cut to commercial: a slender brunette belts out a pop hit with her friends, singing into a microphone while reading the lyrics off a screen in her other hand. Next to me, unable to resist the aim of a perfect, demographically-targeted ad, my wife starts bobbing on the couch, miming the words with near-unconscious acuity. The scene on TV zooms out to reveal a large blue “U” – this is an ad for Nintendo’s Sing Party on its new Wii U console. She looks at me, expectant and hungry to sing, to party, all at once. I tell her the system doesn’t launch for weeks. The very next day, unbeknownst to her, my review unit of the system arrives.

Upon her return from work, I walk up to her, a Wii U-branded mic in my hand, and belt out some improv lyrics of greeting. She sees the bubble gum pink-and-blue game case and yelps with surprised glee. She hugs me and I drop the mic to my side; my job is done here.

I’m not prone to spontaneous faux-karaoke for the sake of a lover’s happiness, but the opportunity seemed too good to pass up. This is the kind of self-created embarrassment that Nintendo has thrived upon for the past six years.

When the Wii launched six years ago, the definition of “playing videogames” broadened. The standard “wiggling stick and pushing buttons” was joined by “waving remote to slap ball around” and “leaning side-to-side, bouncing soccer balls off avatar’s head.” To many, the novelty spurred excitement, demonstrating something we didn’t know we wanted. To others, the newness reeked of gimmickry, something we didn’t want to be seen doing. Nintendo’s history of asking their customers to wade through unfamiliar waters extends to their origins: As a playing card manufacturer, they were the first Japanese company, in 1902, to release Western-style cards in their native country. Some sixty years later, they licensed out Disney characters, attracting the attention of children to what had primarily been an adult pastime. “Expanded audience” is not a new phrase.

Since their move from playing cards to more technological amusements, they’ve built toys for kids since 1966’s Ultra Hand. Now that the videogame industry has grown older, a sector of the playing public question Nintendo’s consistent regard for their younger fans, in age or in spirit. Their new console, the Wii U, has already attracted the kind of mixed attention that often accompanies their efforts. Many burst with anticipation. Just as many shrug, or worse, preemptively deride. Nintendo knows better than most: Bringing anything new into a crowded world, be it a yowling baby or a videogame system, can hurt.

This is the kind of self-created embarrassment that Nintendo has thrived upon for the past six years.

But it’s a good kind of pain, the shimmery post-workout quiver of legs heavy with lactic-acid. A reminder that we’re not just bipedal animals, but humans that feel human emotions: shame, fear, pride, elation. That game arriving at our door the day after seeing the ad felt like some kind of mystical conjuring: If you sing it, U will come. Sure, it was a happy accident. But the reaction—borne from delight and confusion and a trickle of self-consciousness—looks similar to the feeling Nintendo aspires to with its novel experiences: A little bit of cheap magic to make you smile.

Their new console launches in North America this Sunday, November 18th. I’ll be sharing my smiles, grimaces, slack-jawed amazement and tight-faced befuddlement all this week in a series of journals documenting my first days with the Wii U. Come back tomorrow and hear my first impressions of the GamePad, that controller with a touchscreen imbedded in its forehead, untethered and roaming free in the wild of my third-floor apartment.