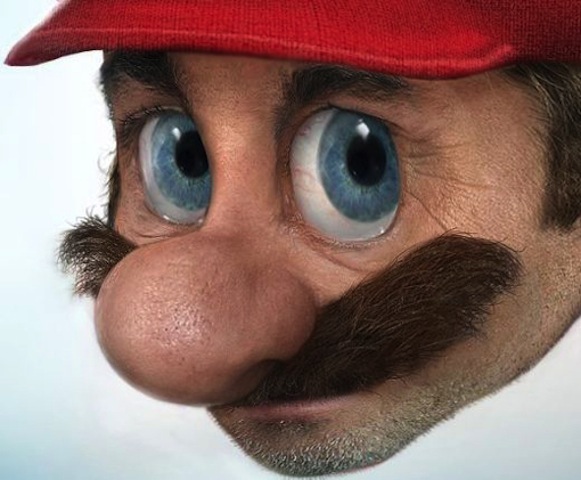 I’m a latecomer to high-definition. To me, “standard” isn’t a grainy curved screen or the lowest common denominator of the masses; it’s the way things should be. (See: the manual transmission in my Mazda 3; dating to an acceptable level of mutual attraction; “Little Red Rooster” by Howlin’ Wolf.) If something is standard, it means it has stood the test of time. The label seems to imply a nearness to truth: This is how things are, so this is how things will be.

And so for years I watched my bulky 27-inch standard definition Panasonic, bloated with cathode ray tube technology, while friends and neighbors switched to screens thinner and sharper. I still remember going over to my brother’s house some eight years ago and seeing his 50-inch HDTV, the first I’d seen in person. Glossy tree-frogs leapt from raindrop-lacquered branches; fluorescent fish swum in schools of billions. The super-detailed creatures witnessed on Discovery Channel that day made me question my agnosticism.

I bring all this up because the first time I played New Super Mario Bros. U and saw Mario in true high-definition, I went through a similar shock. Your Geometry textbook will remind you that something “similar” may be larger or smaller, but the same overall shape. My HD Mario moment looms tinier in my mind than that first blast of 1,080 horizontal lines. But in the same way, it made me question what I thought I knew.

Last week I tweeted the following: @WinWinIrwin “HD Mario is a strange sight. It’s the same…but no, it’s eyeball-blazingly sharp & ultracolorful. Unexpectedly so. Feels wrong almost.” And I know tweet-quoting is risky these days. But in looking back at my initial reaction to what should be an overwhelmingly positive thing, I’m struck by that word choice: “wrong.”

What if Mario, and by extension any Nintendo game, is not meant for High Def? Of course the level of detail and visual acuity is greater. This seems like a good thing, a no-brainer. But gamers of a certain vintage will recall the pivotal year of 1994: an SNES game called Donkey Kong Country released to stampedes of mouth-foaming praise, hinging mainly on the graphics and Rare’s ability to squeeze down supercomputer renderings into 16-bit sprites. A year later, Nintendo released Yoshi’s Island, in which the world resembles the jagged crayon-scrawlings of a genius toddler. Look at each game today: DKC is a muddy product of its time; YI is regarded as timeless, near the top of many All-Time great lists.

Now I stare at my 46-inch HDTV (I caved a year ago) and ponder this new Mario, he of the crisp overalls and smooth mustache. Sure, the game is derivative of the other New Super Mario Bros. games, meaning it boasts tight, responsive controls, pure old-school platforming fun, and will sell a dozen million discs. The art design and aesthetic choices will be drastically more interesting whenever the next 3D Mario, in the vein of Super Mario Galaxy, comes out. But this Wii U launch title’s common lineage allows for direct comparison. Boot up New Super Mario Bros. Wii; odds are you bought it. Then, eventually, boot up its HD sequel. Gaze at one, then the other; it’s as if you’re swiveling a telescope’s lens in and out of focus. New Super Mario Bros. U looks sharp, honed. Almost crispy. Almost… wrong?

Perhaps Nintendo’s characters should remain as dream images of our youth: Hazy, soft. There’s a certain warmness to older Nintendo games. The HD era has notably lowered the temperature with its collage of grey skies and murky doomsday scenarios. I wonder, after Wii U launches and that game company from Kyoto joins the present-tense, will we look back and miss those old standards?  Maybe this was all a horrible mistake.