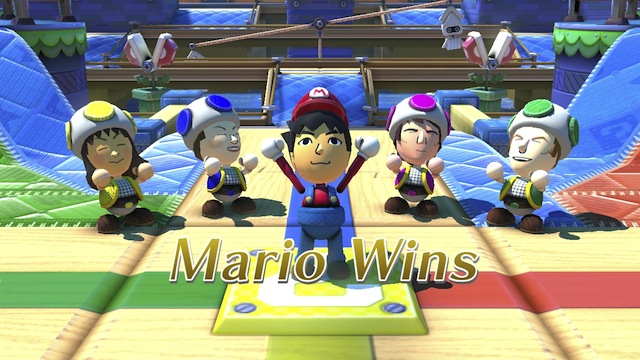 On this, the final weekday before its North American launch, the Wii U system in my living room is not a Wii U. It is a black box that reads disc-based games and allows me to play them, with myself or others in the room. Two days from now, Nintendo will launch their new console stateside, with Europe and Japan releases within the next few weeks. And when they do, the system will look the same as mine, but will in fact be entirely different. Imagine an orange that’s all rind and no pulp: That’s the Wii U right now.

Any moment now (and perhaps it has happened by the time you read this) Nintendo will release a mandatory System Update to download, effectively filling that zest-coated shell with the requisite innards. Defining features of the system—a communal, evolving network of friends and strangers called Miiverse; a North America-only video companion guide called Nintendo TVii; and the eShop, a store for downloadable software—will finally be unlocked and usable, in addition to video chat and an internet browser. System-evolving updates are nothing new; Microsoft and Sony have long updated their home consoles with refined features. But the stark contrast, between this pre-launch Wii U system sitting in front of me and what it will soon become, drives home the reality of today’s games industry and the increasingly wide burden it carries.

Time was the box played games, and that was all. In fact, the earliest “systems” were a single game burned onto the hardware itself. Replaceable cartridges were an evolution brought on by the Fairchild Channel F in 1976. (Alpex Computer Corp. actually invented the technology, which lead to a series of lawsuits against game-makers, Nintendo included, once these systems proliferated. To a slice of you out there, the documents make for a fascinating read.) This remained the de facto set-up for nearly twenty years, and the defining difference between home consoles and personal computers: one did everything and played some games; the other just played games. Once CD-ROM became the preferred format, other goals crept in—witness this preview of the ill-fated 3DO in WIRED magazine, 1993, where a set-top box that did it all seemed like so much sky-pie.

The stark contrast, between this pre-launch Wii U system sitting in front of me and what it will soon become, drives home the reality of today’s games industry and the increasingly wide burden it carries.

Yesterday marked the 10-year anniversary of Xbox Live, the trailblazing service that successfully carved your Gaming Box into something more, all the while pointing the way to Gamerscores, Leaderboards, and angry prepubescents shouting in your ear. Now when you play, everybody knows. Sure, this breeds the excitement of competition and a sense of belonging—but at a cost. Sometimes I don’t want a camera on me, don’t care what you’re doing. Sometimes I just want to play a game. And yet the all-consuming public expects such access. Nintendo has a delicate balance to strike, especially for a company that has a long history of limiting their services to dissuade the worst of our impulses from rubbing up against an innocent. They can’t afford to neuter their baby much longer.

When Wii U reaches the public’s hands in two days, we’ll finally see their vision of a connected gaming ecosystem. Nintendo places their boot in the pond with what could be their next big idea: Miiverse, which will blend the worlds of playing, commenting, and sharing into one diffuse experience—their President called it an “empathy network” in a recent Q+A with employees. Whether the industry feels tidal waves or tiny ripples is yet to be determined. Until the gates are open, it’s impossible to know how this new spin on “online multiplayer” will work out. I plan to take advantage of my limited system while I still can. Now if you’ll excuse me, I’m off to put another disc in this shiny black box and play a game, secure in the blessed anonymity that comes from nobody watching.