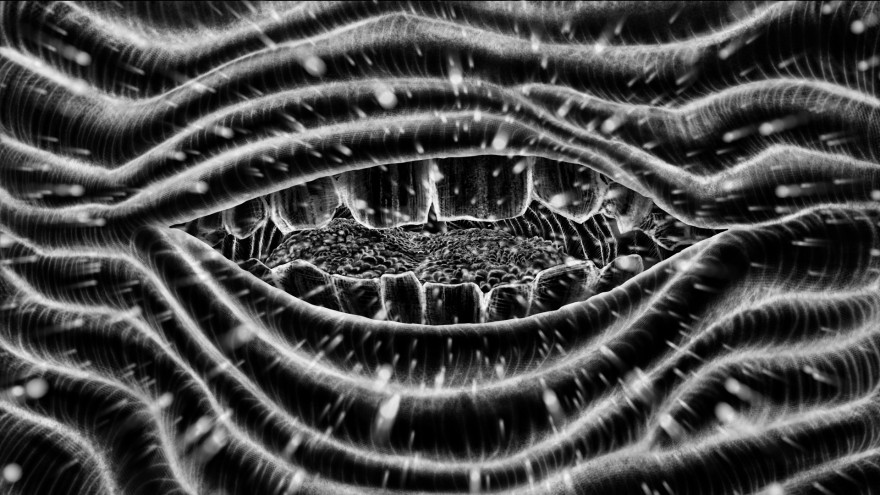 Title:
Will Love Tear Us Apart?

Joy Division’s Ian Curtis wrote “Love Will Tear Us Apart,” his melancholy post-punk classic on the inevitable dissolution of a failing relationship, in August of 1979.  It’s a clear contrast to the boisterous aggression that defined the early punk era, with languid hopeless vocals and bleak lyrics. The song became his epitaph, and Joy Division’s.

The song became his epitaph, and Joy Division’s.

By May 1980, Curtis had taken his own life, “Love Will Tear Us Apart” chiseled on his headstone. Joy Division floundered for a while and reformed as seminal post-punk band New Order. In the more than three decades since Curtis wrote the tune and its apotheosis into the greater rock’n’roll pantheon, it’s been covered countless times. But Gordon Calleja and Mighty Box have shifted mediums entirely and turned “Love Will Tear Us Apart” into a game.

“Will Love Tear Us Apart?” (WLTUA hereafter) is a videogame adaptation of Joy Division’s dirge-pop standard “Love Will Tear Us Apart,” and I’m not sure there’s anything else quite like it. The art is grim and hand-drawn, the color palette starkly monochromatic, the gameplay strangely (and intentionally) unsatisfying. A playthrough clocks in at about the length of an EP, and in that time WLTUA recreates the emotions of a doomed relationship with the game mechanics of three dramatically different genres (one based on each verse of the song): a rock-paper-scissors puzzle, a fiendishly difficult Pac-man-esque maze chase, and a first-person exploration of an emotional landscape.

Will Love Tear Us Apart? doesn’t try to inspire feelings of triumph and accomplishment in its players.

Developed by the Malta-based Mighty Box from a design concept by games academic Gordon Calleja, WLTUA doesn’t try to inspire feelings of triumph and accomplishment in its players. Instead, Calleja & co. strived to mimic the emotions of frustration and loss on the melancholy path to a breakup. In the first puzzle, the player sits across from their significant other and each chooses to understand, cajole, or angrily dominate their partner.

When I saw the game at Foundations of Digital Games, Calleja and I watched a player’s frustration as she tried to mimic the anger of the game’s significant other. Calleja explained: “She is trying to counter anger with anger. Just like a real relationship, that goes nowhere.” 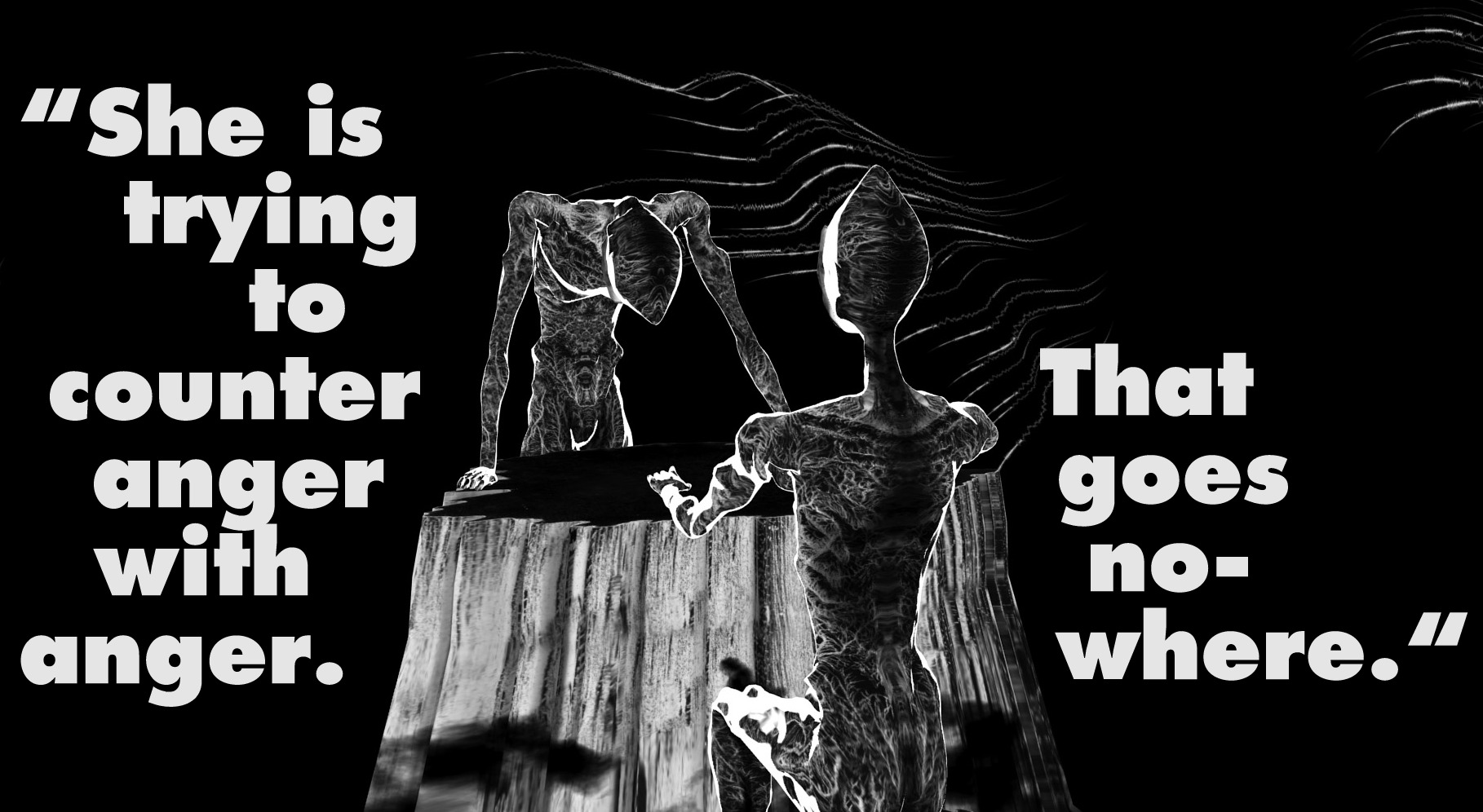 While each verse is represented by a different game genre, the strong and distinctly creepy art style ties the work together as a whole, and each “level” is tied together by impressive animation sequences. The game starts by transforming a series of wave-forms (a clear reference to Joy Division’s iconic Unknown Pleasures album artwork) into a landscape where the first verse-game takes place. The second level challenges the player to control both members of the doomed relationship simultaneously through two different mazes, a reinterpretation of Curtis’ “And we’re changing our ways / taking different roads.” The final stage puts the player in a desolate first-person black and white landscape and guides them to the conclusion of the relationship entirely by sound.

“And we’re changing our ways, Taking different roads.”
Players looking for the videogame equivalent of the de-rigeur power-ballad or cheesy love-song that most games represent will probably be deeply disappointed by the mechanically frustrating and difficult WLTUA, but for players who believe games can be a vessel for emotions beyond fun and success (or Joy Division fanatics), Mighty Box’s unique cross-media cover is worth a look. 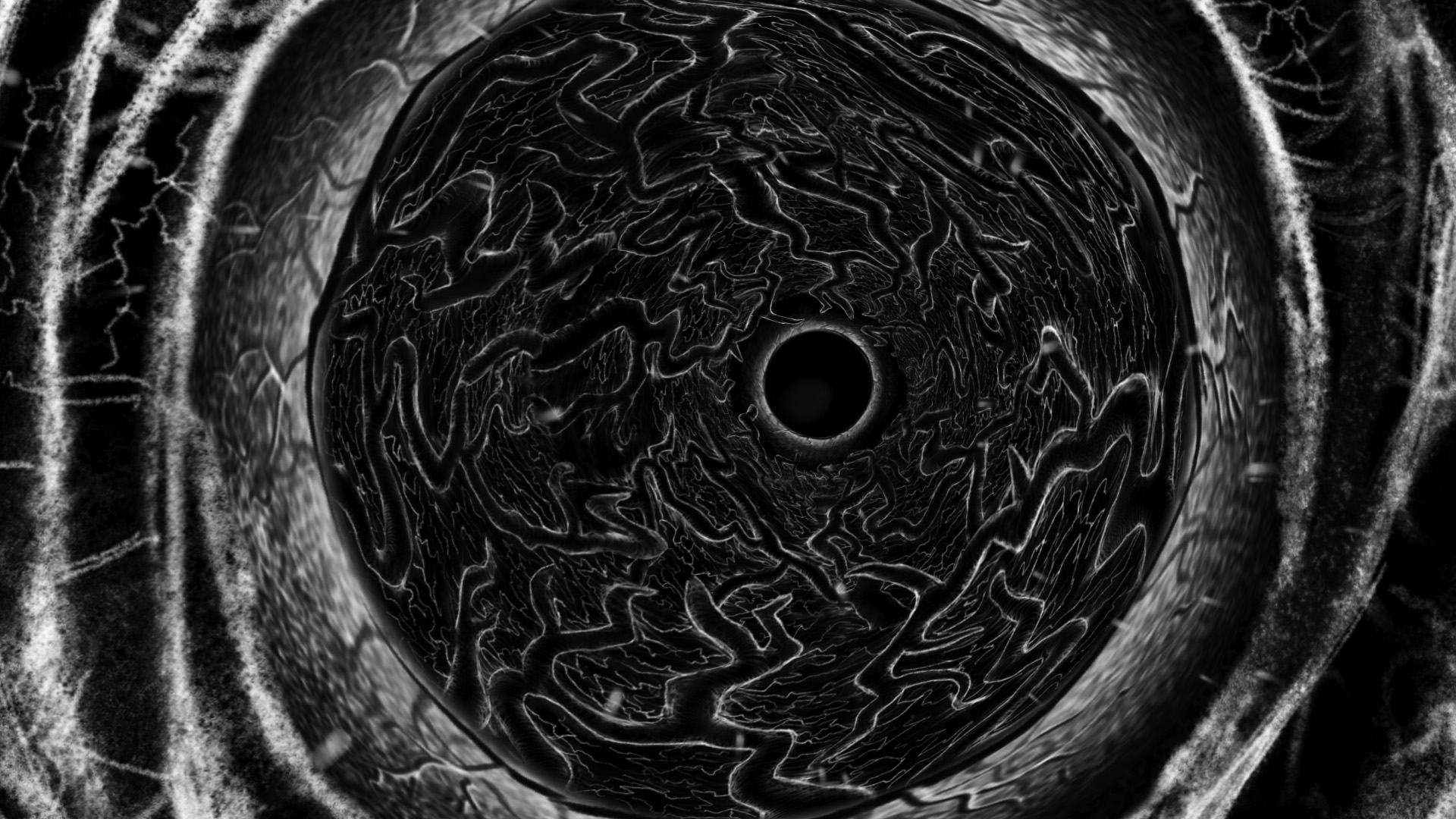 The grotesque hand-drawn graphics and sound-alike score go a long way in transmitting the texture of “Love Will Tear Us Apart,” but the game’s most intriguing achievement is the imperfect translation of Curtis’ hopeless lyrics into game mechanics.  While “Love Will Tear Us Apart” is an inevitable statement to be received passively and without hope, Will Love Tear Us Apart? asks the player to answer the question, and struggle through the dying embers of a romantic flame.