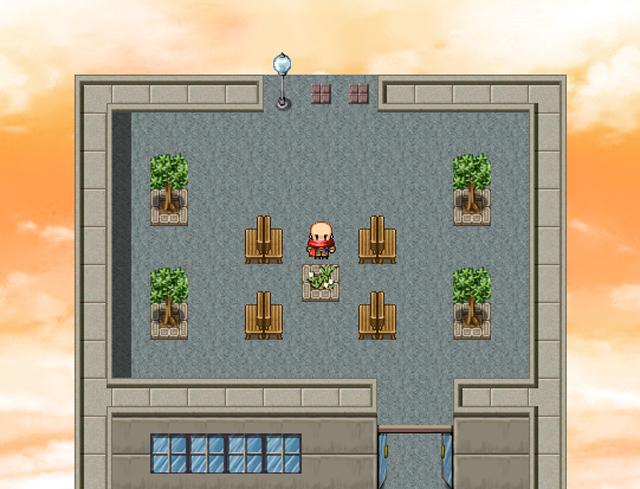 Actual Sunlight is a bleak, tough experience. It’s not difficult to play – but it can be hard to motivate yourself to keep playing. That’s the point. Designer Will O’Neil crafted an “essentially autobiographical” game about a depressed and alienated young man named Ethan. For many, this will hit very close to home.

“I think some players have interpreted it as a cautionary tale, and I appreciate that”, says O’Neil, “But my primary objective was just to give a seething, honest and unromantic account of a kind of life that I don’t think gets much representation.”

“This isn’t to say that the things you see in Actual Sunlight are entirely non-fictional – a lot of what happens consists of people and events that I’ve amalgamated and fused together for the sake of telling a coherent story – but nothing, save for the things that the character is entirely making up himself, is untrue.”

It was a tough, personal endeavor for O’Neil, who threw out the entire project and started from scratch more than once throughout its 6-month development. At one point, he cut himself off entirely from home internet service. He only really got on track after publishing an essay at McSweeney’s and deciding to use the piece as a framework for the game.

The piece, titled “The Society of Pain,” details a fictional chat room for people suffering from a host of mental and physical ailments. Knowing O’Neill’s story adds a bittersweet note to the otherwise humorous fiction. At one point, the moderator of the fake chat changes the subject to “Pseudoscientific Salsa Recipes That Spur Extremely Brief Analgesic Placebo Effects.” The community replies.

That sadness punctuated by humor is O’Neill’s trademark and you can tell that he is looking for some type of clarity through creativity. “Throughout the development of it, I had to remind myself that I wasn’t doing it purely for the sake of trying to viciously rip myself into as many pieces as I possibly could.” he says. “It certainly felt that way sometimes, but that wouldn’t have been honest either: I think life is funny and beautiful, too, and I have a lot of good things, even if I’ve screwed some of them up. I think most people feel this way.”

“Basically, I had to make sure that the game wasn’t just a giant black hole, even if part of me was trying to convince me to make it that way.”

Developing a product with honesty proves difficult to most, especially games. Creators cede so much control to their players and communicating values through games is exceedingly tough even for those with near-infinite resources and talent. For the new crop of designers like O’Neill, the ability to push through deeply personal experiences represents a holy grail of sorts and great promise for the future of the medium.

“I just want the experience to ring true for people, and for them to understand […] what depression is like.”

“I just want the experience to ring true for people, and for them to understand the perspective that it presents: What depression is like, what being fundamentally physically unattractive is like, what trying to make a living in the present is like, plus a million other things that speak to how a person who is this way becomes this way.”

It’s an experience that will resonate for many people, far outside of the “internet commenter” trope that Ethan falls into. Intentionally, the character can come off as kind of a jerk – at the very least someone who isn’t self-aware. It was important for my own personal understanding of the game to know that O’Neil made a conscious decision to portray his protagonist in this way.

“I wanted to show that there were some things that happened to this guy that were his fault, and some other things that weren’t. You do get dealt a hand, and we often see that in ourselves but don’t understand it about others.”

“I just wanted to leave it all as a question, I guess. You are who you are: Now what?”