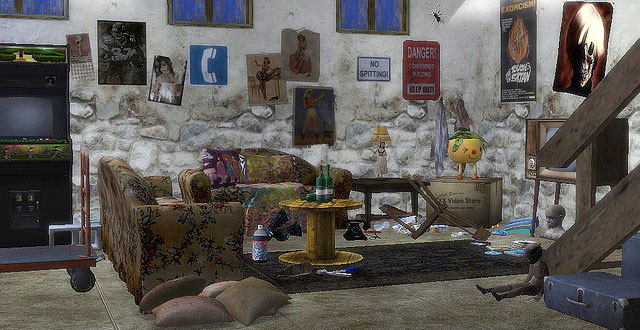 The lowlight of the 2011 Video Game Awards, Spike TV’s tribute to the best games of the year, was the show’s queasy sense of humor, a full frontal of bad jokes aimed squarely at gamers, who happen to be a wide target. The most painful to watch was the threat that, in a spoof on the Academy Awards, long-winded winners would be teabagged on stage if their acceptance speech went over the allotted time. To demonstrate this, a man dressed in military camouflage rushed on stage, dropped the host Zachary Levi to the ground, and proceeded to do squats on his face, the way a victor might taunt his online victim in a first-person shooter. The stunt was received with laughter and applause from the audience, which was made up of noted game developers.

This embarrassing scene was championed as doing things “gamer style,” but what is the gamer’s style? Who are gamers? For a long time, gamers were easy to pick out in a crowd. They seemed different. The rest of the world didn’t get their hobby. But things are changing. Gamers are in the midst of an identity crisis. No longer pigeonholed as inattentive children and primitive basement dwellers, they have been cast by society as slackers, adrenaline addicts, escapists, online douchebags, common criminals, or unkempt screw-looses in green fairy costumes. There are almost too many types of gamers to keep up with. Though the various stereotypes are completely different, and often contradict one another, they do have one thing in common. No matter what you think of a gamer, the chances are, it isn’t good.

The term “gamer” once served as a badge of honor. Gamers prided themselves on being outsiders. Unfortunately, the word has also become a catchall for the juvenile, in-jokey, antisocial, and just plain negative aspects of the idealized nerd. It represents a stigma for anyone who plays sudoku past the point where it gets challenging, or more than 30 minutes of Just Dance 3. According to Ian Bogost, a professor of digital media at Georgia Tech University, gamer is “an isolationist term, one that keeps videogames scarce and separate, rather than admitting them into the weird mess of everyday life.” Fortunately, it looks like the idea of the gamer is going away. Bogost’s reasoning is that videogames are becoming common. Nobody is a gamer because almost everyone plays, at the very least, Angry Birds. My answer is similar. The negative stereotypes have become too profuse, too out-there, too caricatured. They couldn’t possibly fit the majority of people who play games.

Historically speaking, no strings were attached to the word. From the 1600s until the 20th century, “gamers” were athletes and those who liked to hunt. However, the similar but much seedier “gamester” had a bad rap. Fond of sexual games and high stakes, gamesters exhibited the immoral characteristics of Don Juan. They were defamed in the plays of Oliver Goldsmith, who himself was a notorious gambler (“The Gamester .? Oft risks his fortune on one desperate throw.”), and William Shakespeare (“She’s impudent my Lord, And was a common gamester to the Campe.”), who is suspected of having been a womanizer. Still, the gamester had far more pizzazz than the computer gamer of a decade ago, whose greatest vice was overdosing on junk food and staying up until 5 a.m. to destroy the demonic goat skull at the end of Doom II: Hell on Earth.

“They are talking about those weird ones in the basement.”

That bias—that the gamer is the socially inept guy or gal who prefers living in places that are poorly lit, damp, and resemble a dungeon in Baldur’s Gate, a PC title based on Dungeons & Dragons—has slowly begun to die out. Last year, when a Today Show viewer asked whether it was acceptable for grown men to play videogames, the hosts were adamantly against the idea, but they could barely conjure the image of the middle-aged male shut-in. Host Kathy Lee Gifford could only verbalize, “That’s weird. Xbox.” After a round of laughter, her cohost Hota Kotb managed to remember the prejudice. “They are talking about those weird ones in the basement.”

Instead, the viewer was probably talking about a slightly less awkward gamer: the sympathetic loner who delved into Zelda because he couldn’t make the lacrosse team—more the victim of poor hygiene than a teen with a personality disorder. Last year, in a New Yorker profile of Cory Arcangel—an artist who hacks videogames to create fine art—a gamer was singled out. The sentiment that came across was, “You poor thing.” He was the “obese” guy who wears stained T-shirts, who cares more about his level in World of Warcraft than he does his appearance. He wasn’t found in the basement, but in an apartment window, where he sat playing a videogame. The interviewer gawked at him from afar, saying that he was “depressing.” Arcangel, who was also looking on, saw him in a positive light, commenting that he seemed “hopeful” and “happy”—words that were never uttered of the archetypal cloister of Dungeons & Dragons mystics, but might be said of the puppy at the adoption center that no one wants to take home.

The attitude that games are played in a lesser place still exists. He was in “that world,” isolated by his “headphones,” with “his back to the warm April night.” Perhaps the next time we run into him, he will have worked up the courage to go outside. We might find him in public: on the beach, squinting intimately at a laptop to see past the glare of the sun, or in the corner of a dance club, with earbuds planted firmly in his ears to block the sound of thudding bass. One day he might simply be boring.

All these assumptions about gamers cannot possibly be true. If they were, gamers would be the most contemptible jerks on the face of the planet.

The self-conscious, unhip gamer is just one stereotype in a long list of negative portrayals. Another is the idea that gamers couldn’t care less what you think of them. This type of gamer is detached and unenthused—an identity that is embraced by unmotivated players, who relate to life through snide remarks framed in obscure Nintendo Entertainment System game references. They are also the proverbial Peter Pans who never grow up, and who would rather play Modern Warfare than pay the rent. These “gamers” have inherited Generation X’s reputation for slacking off, a stereotype that was mocked in comedies of the ’90s like Wayne’s World and Clerks.

Gamers have easily wrested the image of the underachiever from aging easy riders such as “the Dude,” Jeff Bridges’ portrayal of a burnout in the Coen Brothers’ film The Big Lebowski. Gamers are just as likely to be college dropouts who ditched Calculus class to binge on deathmatches while taking hits from the bong. In October, dopey grown-up gamers got a lecture from William J. Bennett, a former U.S. drug czar, who, writing for CNN, told “18-to-34-year-old men” to “[g]et off the video games five hours a day, get yourself together, get a challenging job and get married.” His harangue sounded strikingly similar to the speech given to the Dude. “‘Fuck it?’ Yes, that’s your answer to everything…. The bums lost. My advice to you is to do what your parents did. Get a job, sir!”

Other gamers are above reprimand. Though fewer and farther between, these gamers live life in the fast lane. These self-destructive bad boys like the feel of a DualShock controller in their sweaty palms, when they aren’t in rehab, or out street racing. It may be the most farfetched portrait of all, but at least it’s glamorous. In a profile on Nintendo’s master craftsman Shigeru Miyamoto for The New Yorker, Nick Paumgarten referenced this edgier, thrill-seeking gamer. “I saw legions get sucked in,” he forewarned, “and so I formed the not uncommon opinion that video games, like motorcycles or heroin, were irresistibly seductive and profoundly insidious.” Such opinions are helped out by Extra Lives: Why Video Games Matter author Tom Bissell, who suggests that cocaine and Grand Theft Auto go together like beef and red wine. There is truth in the argument that videogames can be addictive. However, to paint people who play GTA as Bonnie and Clyde is a bit much.

All these assumptions about gamers cannot possibly be true. If they were, gamers would be the most contemptible jerks on the face of the planet. That is the problem with both the romanticized and the depraved views of “gamers.” The term carries too much baggage. It has become a clunky prejudice. Instead of the lazy, slobbish, self-loathing, reclusive douchebag with a death wish, the vast majority of the people I know who play videogames seem like anyone else. The stereotypes rarely fit. Let’s hope that gamers are on the way out, as Ian Bogost claims in his book How to Do Things With Videogames. “If we’re very fortunate, they’ll disappear altogether. Instead we’ll find people, ordinary people of all sorts. And sometimes those people will play videogames. And it won’t be a big deal, at all.” It’s a nice thought. But who would we laugh at then?