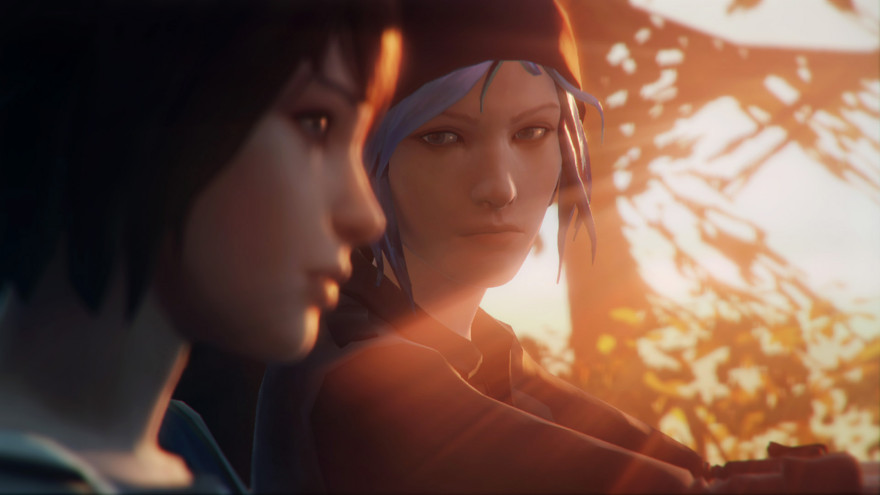 Teen girls continue to rule gaming like never before, the latest entry coming in the form of the soon-to-be-released episodic adventure called Life is Strange. Created by Dontnod, the same team behind the promising yet ultimately conflicted Remember Me, this new game tackles coming-of-age in the millennial era. High school senior Max struggles to cope with all your usual teen girl problems: best friends who change, falling asleep in photography class, learning how to harness your time travel powers.

Well, okay, some elements of Max’s coming-of-age tale may lean toward the atypical. But her power to rewind time, unlike so many other superpowers in videogames, actually correlates with the narrative themes.

Akin to Gone Home in some ways, Life is Strange is a game about nostalgia. Returning to her sleepy hometown in Oregon after a five-year absence, Max grapples with a sense of place that feels simultaneously familiar and strange.

In a developer diary video, co-director Michel Koch says that, in coming-of-age stories “there is always this fight between the present and the past.” He explains that, as a character, Max often clashes with the digital age of smarthphones and social media. She prefers hand-written notes to a text message, snaps Polaroids instead of Snapchats. Her old best friend Chloe, on the other hand, feels stuck in the past due to a constant battle with childhood traumas. “It’s important for our game to blend those two worlds, to show the contrast and the passing of time,” Koch concludes. His other co-director Raoul Barbet supplements that, “It’s also about identity. About how we become who we are, but from a totally different angle. It’s the analogue angle.”

The millennial era itself disrupts the human experience of time.

In this light, Max’s rewind powers seem not only relevant to the subject of nostalgia, but to the time period itself. In the age of remixes, re-grams, and constantly reinventing and updating your online identity, the millennial era itself disrupts the human experience of time. The information that Max gains through every rewind stays with her, informing each decision the player can make. To some extent, this fresh perspective on decision-making also mirrors this particular moment in history, as our increasingly information-obsessed society grapples with how to make definitive choices and coherent identities.

While games like GTA V flirted but never quite delivered on the promise of meaningfully tackling the millennial experience, Life is Strange will hopefully prove different. Certain aspects of the script evidenced in demos—like Chloe telling the boy holding her at gunpoint that he’ll get in “hella more trouble” if he shoots her—read like laughable pandering. But at other times, you’ll find Max quoting people like Thomas Wolfe, revealing the game’s underlying sense of respect for the teenaged audience it both aims to portray and speak to.

The Dontnod devs also concede to a heavy visual influence from indie films ala Sundance and Tribeca. The handwritten labels superimposed over objects and people call back to the sensibilities of Nick and Nora’s Infinite Playlist. The two also share a warm, autumnal indie soundtrack, with a mix of licensed tracks and music composed by Jonathan Morali from Syd Matters for the score.

The studio is also conducting a Reddit AMA as we speak (6-9am Pacific Time). Answering one question regarding the influence of Twin Peaks and David Lynch (since many on the team are fans), Koch says that “the feeling of a remote isolated town where everyone knows everyone, and with secrets lurking in the nature is a very powerful theme we are also dealing with in Life is Strange.” Further availing some potential worries about clichéd dialogue or character tropes, he also describes how “David Lynch had a way with Twin Peaks to create strong characters, using stereotypes, but then evolving them outside the boundaries of those clichés, and this is something we are keen on doing in Life is Strange, using some established character types, and then completely putting them on unexpected paths.”

Episode One, entitled Chrysallis, will be available this Friday on Xbox One and 360, PlayStation 3 and 4, as well as PC for $4.99, with the season pass adding up to $20. Free demos will also be made available during launch day for consoles.