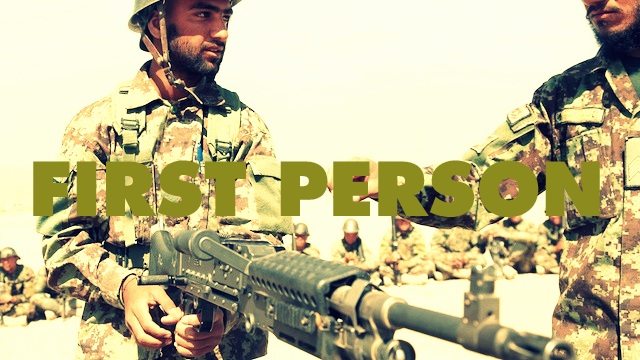 by Jason Johnson
The answer is a resounding maybe. Simon Parkin tackled the crucial issue in a timely article for Eurogamer. To prove that they do, he tracked down a gun-crazed kid in Illinois, a B.B. gun manufacturer who produces replicas of automatic weapons, a US Senator, an game developer who wished to remain anonymous, and the founder of a gun company whose weapons appear in games.

A representative from that company, Barrett Rifles, who produces the M82, told him matter-of-factly, “video games expose our brand to a young audience who are considered possible future owners.”

In a perfect world, games with guns wouldn’t be problematic, and Parkin’s argument wouldn’t have a leg to stand on. The ESRB prohibits the sale of violent shooters to minors. However, one has to question how effective ratings are at keeping mature content out of the grubby little hands of children. A good friend of mine gladly lets his daughter watch The Walking Dead. She’s two. In the comic shop yesterday, she pointed to a comic with a vampire on the cover and told me that her daddy would shoot that guy if he came to her house. And every guy I know who’s my age and has an older boy lets them play shooters like Black Ops. They do it together. It’s bonding time.

My admittedly anecdotal evidence is supported by that drummed up by Parkin.

“My favorite is the M1911. I shot a real M1911 when I lived in the country. I shot with my Grandpa. I love the action on it, it is like a real M1911, it recoils and springs back like a real gun. All of them are ones that are in Call of Duty. I like guns more because of Call of Duty. The M1911 is a pistol in almost in every Call of Duty.”

While it’s rational to think that children’s opinions change as they grow older and wiser, and the things we enjoy as kids are simply the things we enjoy as kids, there’s little doubt in my mind that this teen will one day have a membership in the NRA. And, like it or not, Call of Duty was a factor. Whether young people should be shooting semiautomatics in games and in real-life is not up to me. That’s for society to decide. But it definitely seems dirty for gun companies to use games to indoctrinate youth with gun lust in the name of turning a future profit.