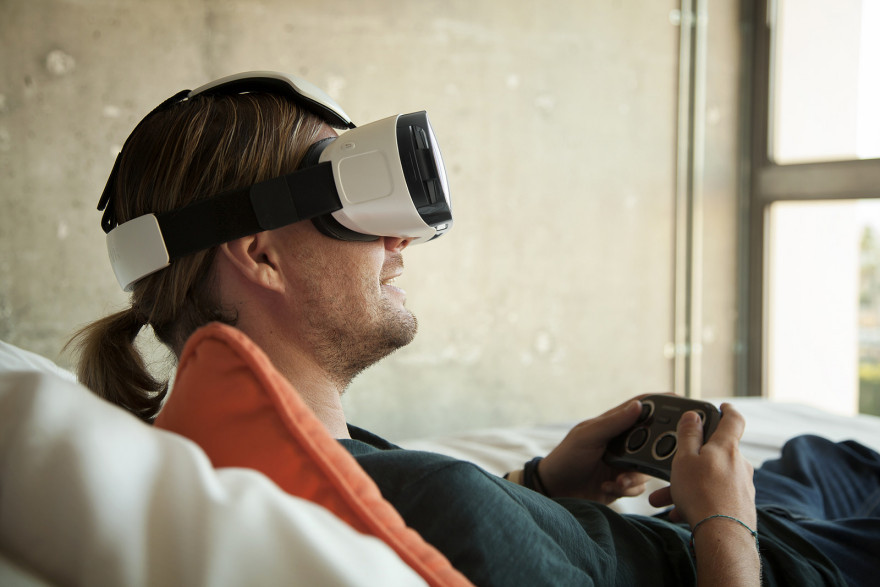 For those who have tried virtual reality, there’s no question that it is a technology that asks a lot from you. You turn over your sight, your hearing, your consciousness, over to this device. It is this all-encompassing promise of VR that has people excited…but also worried as well.

Twas ever thus with new technologies, but in an interview with augmented reality creator Jeri Ellsworth, Robin Hunicke asks a flip but poignant question. “Will we get FOMO from being shut-in?” she asked at the DICE conference in Las Vegas yesterday, referring to fear that things are happening somewhere else.

It’s a perfectly reasonable question. Ellsworth joked that while she worked on VR at occasional gamemaker/distribution giant Valve Software, engineers would scare each other by spraying canned air bottles at unsuspecting VR-addled co-workers. Ellsworth is also being playful, but that persistent idea of your lack of awareness while in VR can be more serious. At last year’s Kill Screen session at Moogfest, sound designer Robin Arnott said that the trance-like state of his VR music medication experience Sound Self is so engrossing, that participants should be eased out of it, like someone arising from a deep sleep.

We should be honest that not everyone wants to have something strapped to their face. This is not an unreasonable request. So perhaps it might be best to think of VR and augmented reality as sitting comfortably on some type of continuum with the Oculus on one end and the erstwhile Google Glass on the other. Some won’t mind completely giving themselves over while others will want to dabble. Microsoft alluded to that continuum during their Hololens presentation by introducing the idea of “mixed reality.”

It sounds crazy, but how “in” it you are could be as trivial in the future as your screen size.

Header image courtesy of Samsung Tomorrow. The DICE conference continues today and can be watched live below. You can check out the schedule here.