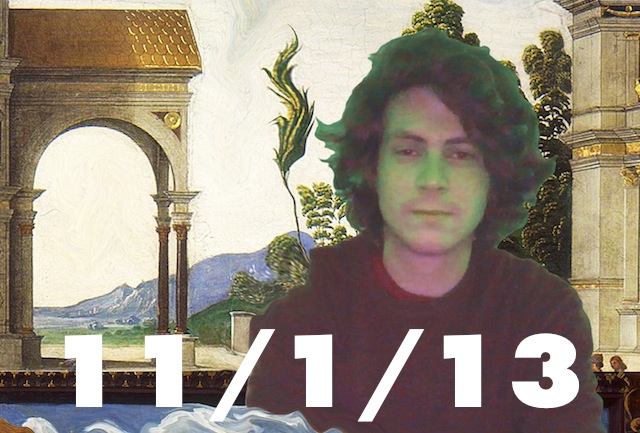 You can also listen on Bandcamp.

Naturally there is a cyberpunk game for Google Glass. These dandy Geordi La Forge-esque visors may save the augmented reality game yet. Google, if you’re reading, bring back the LARP next.

Although Nintendo’s famed bathroom-scale/controller is pushing six years old, half a million Japanese still use their Wii Fit balance board daily. That’s a lot of planks.

A day late for Halloween, but Whispering Willow, which took the “Most Immersive” award in our Ouya game jam, is looking mighty pretty… in a haunted, ghoulish sort of way.

Puzzle Football isn’t quite the chimera of fantasy football and Candy Crush Saga we’ve been dream of and/or fearing, but Jesse Schell approves. So should you!

We have a personal rap-battle feud with this author that goes way back. You should still check out his book on Diablo though.

Ouya 2.0 is a lot like Ouya. But with a new and improved controller.

They may have mocapped Willem Dafoe, but some players think Beyond: Two Souls didn’t give them adequate cues. A.k.a., there’s a ton of content you probably missed in the game.