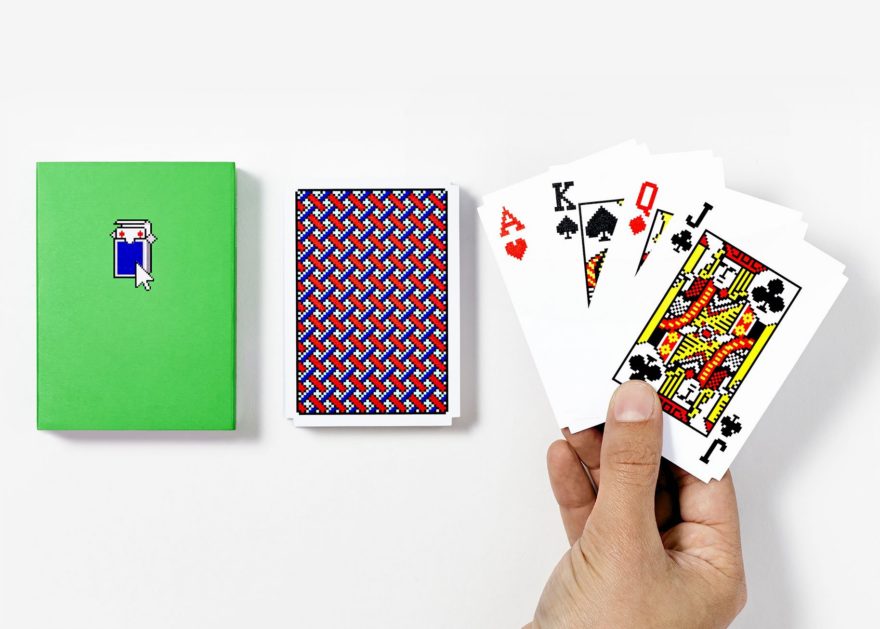 Prepare for one of the most famous deck of cards to hit a felted table near you: retailer AreaWare is releasing an IRL deck of playing cards patterned after the Solitaire decks from Windows 3.

Designed in partnership with the deck’s original designer Susan Kare, the Solitaire cards feature the iconic 16 VGA color palette and pixel graphics that inspired many an afternoon of procrastination.

Kare got back into that 90s frame of mind

Solitaire was bundled with Windows 3, and designed to “soothe people intimidated by the operating system.” With its simple black, red and yellow color scheme—included with a variety of interesting deck backs—it became a casual game staple and a version of Solitaire still comes installed with Windows to this day.

Kare is perhaps best known for her work at Apple, designing the early graphical appearance of the Macintosh computer (the lasso and Finder icons are her design) but also designed the classic Solitaire look for Windows.


“I worked on the original pixel art for the on-screen Solitaire cards in 1990 using an IBM PC, Microsoft Paint, and the typical 16 VGA color palette of the time. A lot of those weren’t particularly attractive colors…” Kare got back into that 90s frame of mind to make a few Jokers to complete the deck, features that weren’t included in the original edition of Solitaire.

AreaWare is releasing the deck this year to coincide the with the 25th anniversary of Windows 3 Solitaire. You can purchase the deck from the AreaWare website.