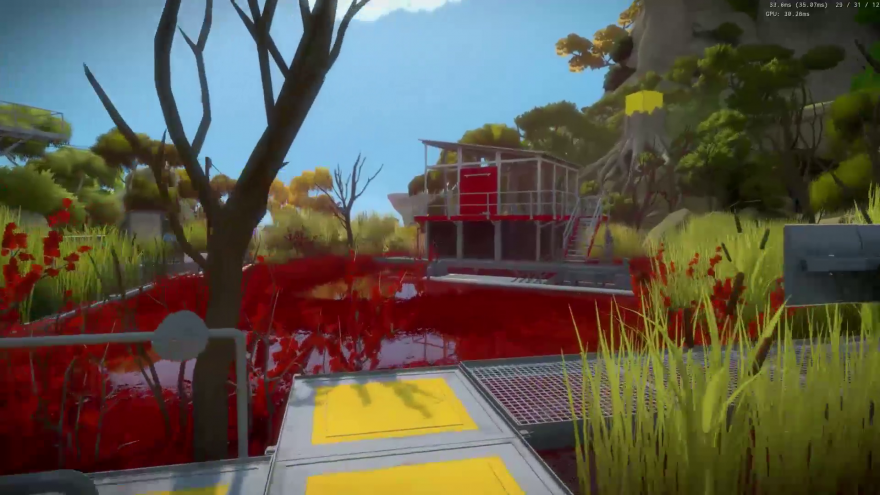 New screenshots from The Witness, pulled from its upcoming trailer, provide a look at the varied locations you’ll visit on the vast and mysterious island where the game is set.

Some of the shots look familiar. About a minute into the last trailer—which creator Jonathan Blow points out is two and a half years old—there’s a scene depicting floating platforms spread out over what appears to be a ravine in the woods. The walkway folds out to create a new path, presumably as the maze puzzles programmed into each tile are gradually solved.

What looks like this same area, or at least this same application of the maze puzzles and folding walkways, is seen again in Blow’s latest blog post on The Witness.

The post also shows off a dimly lit laboratory of sorts, with planks laid down to create a walkway over a seemingly flooded floor, plus a gorgeous outdoor shot showing off some of the island’s bright and contrasting colors: a modernist home made of sleek steel and red paneling in a sea of scarlet shrubs and tall grass.

a good look at what’s to come

Since these shots were pulled from non-final footage as the new trailer is being edited, they aren’t the highest quality possible, but they do give a good look at what’s to come. 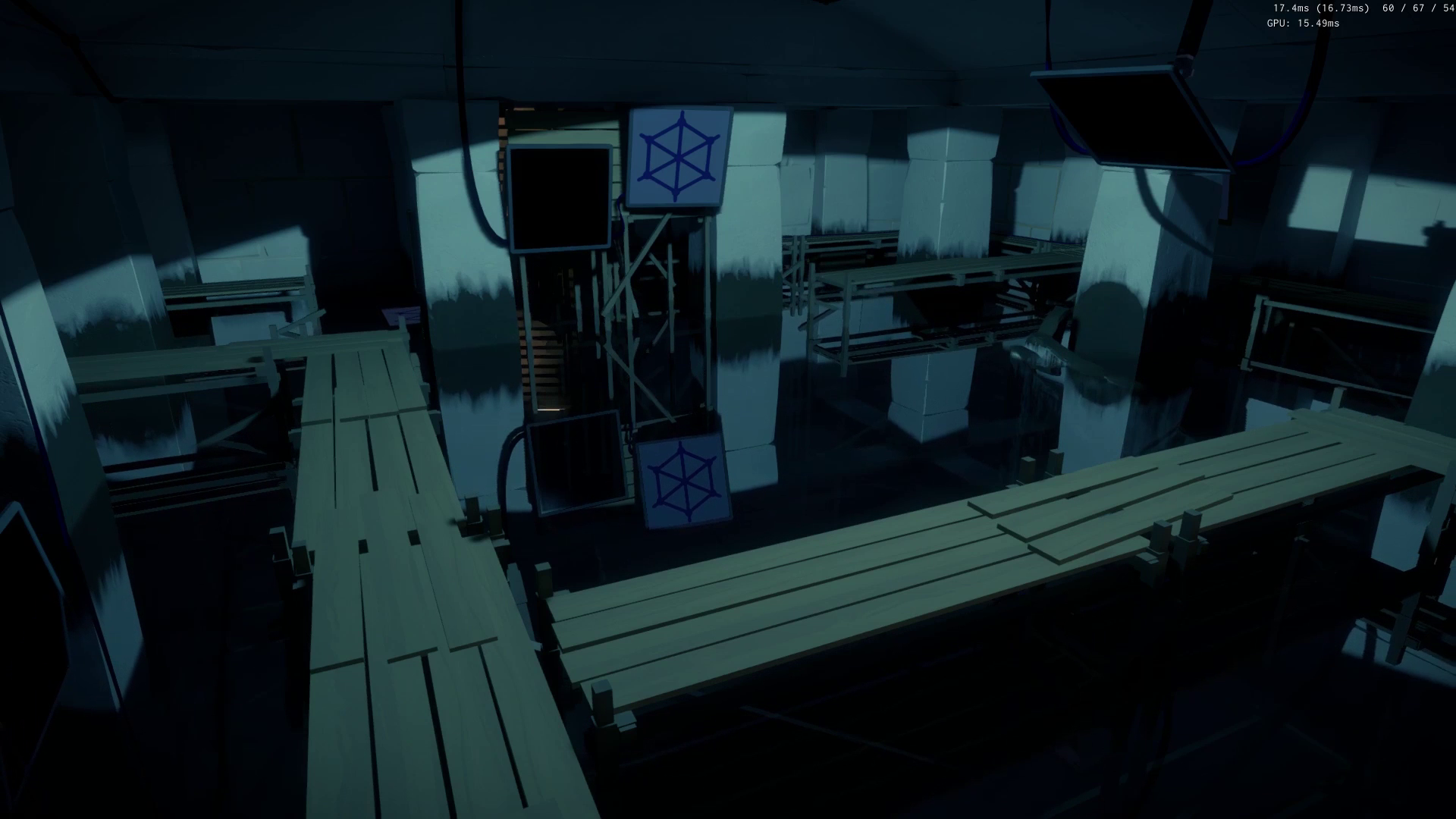