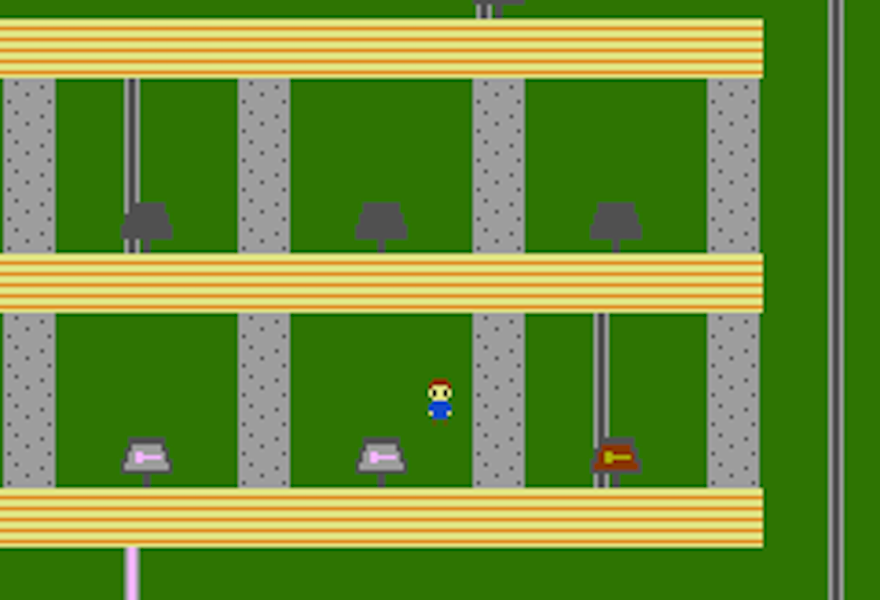 For all its naturalistic beauty, one of the more interesting lines to come out of reviews for The Witness when it dropped earlier this year was that it didn’t actually need to be in 3D. Creator Jonathan Blow and his team may have spent eight years crafting the game world’s intricate details, but conceptually, as noted by Dan Solberg in Kill Screen’s review for the game, as well as popular YouTube journalist George Weidman in his own, it is most similar to a collection of newspaper brainteasers or a book of riddles.

This isn’t necessarily a bad thing. Even while the player interacts with the world primarily through isolated puzzle panels, usually abstracted from the environment (though the world and the puzzles do overlap later on), that does not inherently mean that exploring said environment is any less meaningful. This does, however, put The Witness in the position of being extremely demake-friendly.

a clever introduction to the original’s core principles

Enter The Wit.nes, an 8-bit version of Jonathan Blow’s latest opus built to run on actual Nintendo Entertainment System hardware. Though just a ROM file, you can actually play it on an old Nintendo yourself if you happen to have some custom tools lying around—the game’s itch.io page calls for a Powerpak or an Everdrive. For everyone else, it can be emulated with relative ease.

What you’ll find when you boot it up is an overhead world that brings The Witness’ peaceful and contemplative environment into 8-bit form and pairs it with a collection of puzzles that, despite the retro hardware, wouldn’t be out of place in the original. While The Wit.nes is only a demo at the moment, the game’s trees, meadows, reeds, and ponds still carry a similar sense of mystery and charm as the original, largely through their use of color. Additionally, though the game’s constant “soundtrack” of wind blowing through meadows has now been replaced by the sound of static, its contemplative nature remains.

You can download The Wit.nes for free over on its itch.io.