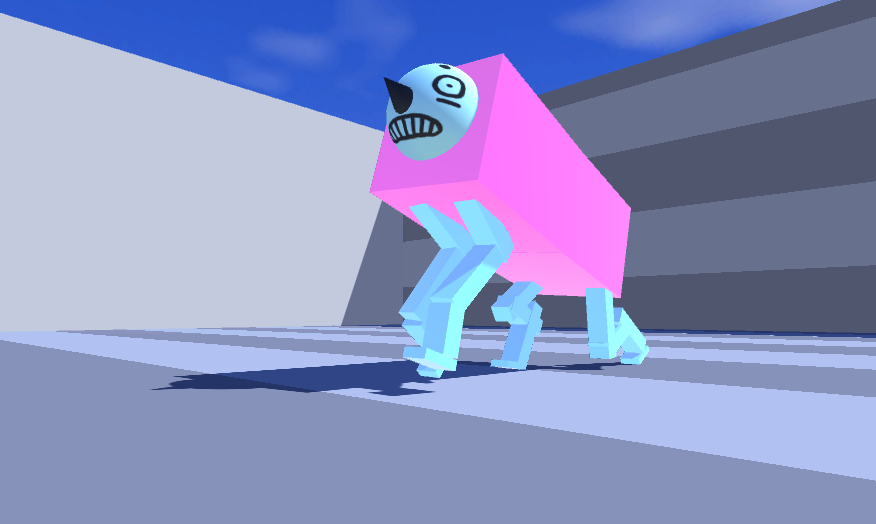 Videogame dog saturation is at an all time high. Our goofy, dumb pals are in, and that’s not a problem. Destiny (2014) has dogs that you can’t pet, while the upcoming Watch_Dogs 2 has dogs that you can. Butt Sniffin Pugs has dog butts. Doggo has a dog park. None of these games, though, have dogs like Wobbledogs. Wobbledogs’ puppers are wacky. They’re entirely unpredictable. Sometimes they do bewildering things. Just like real dogs, right?

With that in mind, I come, today, bearing good news: Wobbledogs can have puppies now. As if Tom Astle’s virtual pups weren’t adorable—and horrifying—enough, they now lay eggs. And puppies come out of those eggs. It’s a feature Astle implemented in effort to make the game more scientific, of course.

Now, let me tell you about the birds and the bees. Puppies that come from fertilized eggs will take on combined qualities of its two parents; an unfertilized egg will produce a puppy that’s a mutated version of the egg-laying parent. Eggs, as they “ripen,” will change color and pattern to hint at the dog that’ll hatch, according to Astle.

Eggs will end up being a pretty important part of Wobbledogs, and not only because that’s how players will make new dogs; players will be able to get an economy going by selling their eggs.

Astle detailed the process of developing the egg system and the puppies on his detailed devlog. The addition of puppies to Wobbledogs actually came from problems Astle was having with eggs hatching—the dogs coming out of the eggs were bigger than the eggs themselves, causing problems in regards to having enough space to hatch. Because when they do hatch, you’ll want space. It’s a big confetti explosions! Puppies deserve a celebration.

Wobbledogs is in active development and changing constantly. Keep up with it on the game’s devlog and its website.