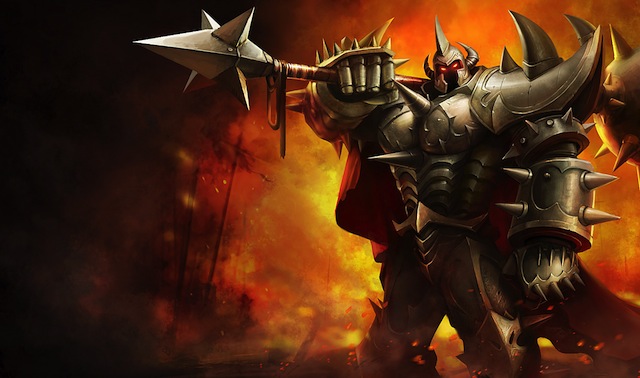 League of Legends, the multiplayer online battler that is the most popular game in the world today, is a high-speed, pop-in-pop-out, cartoonish test of reflexes. It’s hardly the kind of long-form, slow-paced experience that we traditionally associate with rich narrative in gaming.

And yet, the creation of a satisfying backstory for the Legends world and its 107 playable characters is of the highest importance to at least one person: Christina Norman, the game’s lead creative developer.

Her argument goes like this: the more players identify with the game’s characters, the deeper their allegiance to the game. This is why Norman takes cosplay, a subject that most of us find pretty ridiculous, very seriously.

“Cosplay is a great benchmark for understanding character appeal,” she said. “If your characters are appealing, some people are going to want to dress up as them.”

Not that Legends has a huge allegiance problem. People play the game for a cumulative one billion hours a month.

“I calculated that in terms of human life span,” Norman told the audience at last weekend’s PRACTICE conference at the NYU game center, “but it was pretty depressing.”

Norman, who worked on all three of the story-driven Mass Effect games, brought the full weight of that experience to bear on Legends. She started by overhauling the process for creating character biographies. When she arrived at Riot, this process involved a writer getting inspired and dashing off a biography. This resulted in a lot of characters like Mordekaiser, an “undead death knight with a giant mace” whose personality began and ended with the word “badass”.

Under the new system, which Norman developed from the TV writers’ room model, character creation is a highly collaborative process that happens in meetings that can last for more than ten hours. After this treatment, Mordekaiser became a much more nuanced character: he has allies and enemies, a homeland, and a tragic back story (the death knight, it seems, cannot remember who he was before he became so very badass).

The novelistic television of the past fifteen years clearly inspires Norman. She cited the Machiavellian Lannisters, from HBO’s Game of Thrones series, as a standard for the game’s factions, which she wants to share consistent motivations and characteristics.

“We want to create characters,” Norman said, “like Tony Soprano and Don Draper.”

It would certainly not be the first time in the gaming industry that it paid to be ridiculous.

The incongruity of this idea – designing shaded backstories for cartoonish avatars with names like Mordekaiser  – was not lost on many in the audience, including the rambunctious Game Center professor Eric Zimmerman. He questioned whether “traditional novelistic depth” is appropriate for cartoon characters.

Norman’s responded that Legends narrative depth does not replace but girds each character’s obvious “hook” (undead badass death knight etc.), an answer that did not seem to satisfy Zimmerman.

To my mind, the disagreement reflects a conflation of two conversations, one formal and one commercial. Of course the idea of running around smashing things with a death knight whose backstory makes Hamlet look like Archie is contextually ridiculous. If this backstory helps retain players who would otherwise move onto whatever analogous game comes next, though, Riot could probably care less.

It would certainly not be the first time in the gaming industry that it paid to be ridiculous.