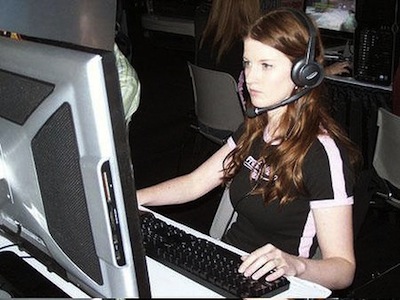 A new survey shows that women who play online games have more sex than woman who don’t, a statistic that has already started many awkward conversations in your World of Warcraft guild. The same survey, published in VentureBeat (with a handy infographic), shows that a majority of online gamers are women, that they exercise more than their non-gaming counterparts, and that they play mostly to relieve stress. While the study didn’t disclose the stats on the sex lives of male online gamers, I’m going to take a wild stab and say it’s not a two way street.