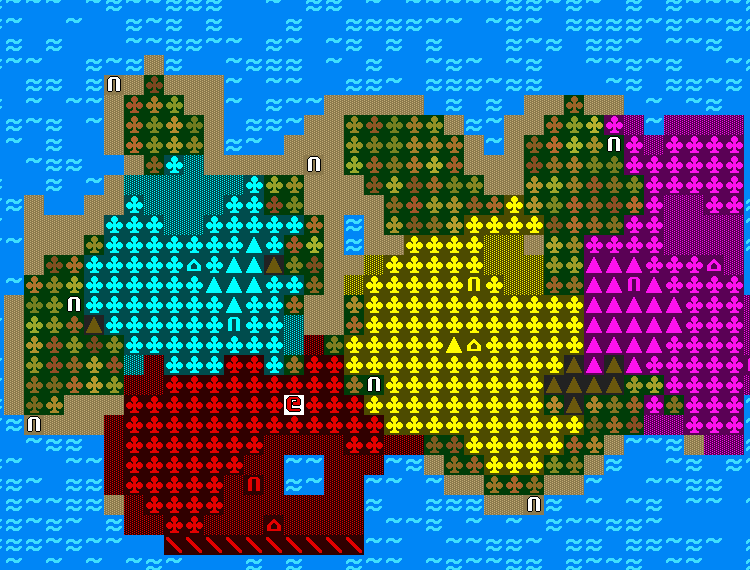 After wandering around for a few years in the wilderness of The Only Shadow That The Desert Knows, I stumbled into a city. ASCII characters, caves, and poison toads led me to believe that the creator of the game, Jeremiah Reid, had made a fairly traditional roguelike for 7DRL 2016. But when I stepped into Hiast for the first time, I was handed a pile of books—biographies, histories, maps—and a list of lost works.

My favorite part of Dwarf Fortress (2006) has always been generating a world to look through its histories, following heroes and their descendants through wars, or famines, or peacetime. The Only Shadow seems to admire these generated narratives: books on figures list their birth dates and locations, who they married, what monsters they sought to vanquish, and—the detail most relevant to your quest—what, if any, mythical weapons they carried.

The game’s own help page describes it as “a mystery game,” and goes on to say that “If you feel confused, that’s OK! The real challenge of the game is understanding it.” The hints page suggests, “take notes with pen and paper!” If you’ve figured out the next steps in accomplishing your goal of collecting ancient artifacts, you’ll notice that travel across space is rarely safe: your nation is often at war with its neighbors, and even when you’re armed, the wilderness is dangerous and your travel is frequently interrupted by monster engagements.

Traveling through time is a much better option. The Only Shadow lets you use an unrenewable resource called xenotime to travel from year-to-year to hunt down heroes and their weapons. The result is a melancholy feeling where you travel forwards in time to escape monsters, then turn time all the way back to when someone was born to see if you can follow them until they die. I once watched a mother pass a sword down to her son, who I followed until he died. Another time, I tried a similar tactic, but my own nation and that of the city I was in began a war, and I was attacked by an entire city of Orosians at once.

The Only Shadow lets you live out the fantasy of pulling texts from long-lost libraries like the House of Wisdom or the Library at Alexandria, but never gives you time to settle down. You’re always on the run, from monsters, or war, or the creeping instability brought on by time travel. As the elders in the cities say, “[the current month] is fleeting! Put yourself in the books, my friend.”