In the spring of 1957, the British evolutionary biologist Julian Huxley published “Transhumanism,” a short essay on the future of human development. He concludes,

Up till now human life has generally been nasty, brutish and short, but [through] technology, the present limitations and miserable frustrations of our existence could be in large measure surmounted. The human species can, if it wishes, transcend itself.

In time, that article’s lofty title has become one of the most contested ideas among professional and amateur futurologists alike. Huxley, of course, didn’t really invent transhumanism—since the dawn of civilization, humans have wondered whether the bodies we’ve been given are all we’ll ever know—but he did inexorably link the question of human evolution with that of technological innovation. And though transhumanism takes many forms, even its critics rarely deny that a profound shift in what it means to be human is (always already) upon us. Change, in this view, is inevitable. The only question is what you’re you going to do about it.

That’s the debate at the heart of Sam Farmer’s Last Life, which was funded via Kickstarter earlier this year and is now well into its development. The pitch is deceptively simple: a sci-fi point-and-click adventure in which you, detective Jack Parker, investigate your own death in a transhumanist future. Yet beneath its neo-noir exterior lies a deeper inspiration. As Farmer explains, “The real reason I’m making Last Life is because I’ve got this existential dread about all these advancing technologies.”

Last Life, understandably, owes much to the massive volume of utopian and dystopian literature, and Farmer readily admits that the game “requires the player to have a certain vocabulary and understanding of science fiction.” Farmer singles out “Brazil,” Terry Gilliam’s darkly comic vision of a future bureaucracy run amok, and the hypercapitalist Sprawl of William Gibson’s cyberpunk masterpiece “Neuromancer,” as two of Last Life’s strongest literary influences. But if there is a weakness to many works of dystopian literature, it’s that they often offer just one vision of what the future might look like. George Orwell’s legendary “1984,” Farmer argues, suffers from this kind of speculative tunnel vision. “1984 made a specific point: this is what totalitarian societies will be like in the future, so let’s resist them while we can.” The fate of humanity, in other words, is not an open question. With Last Life, Farmer aims to change that.

The rhetorical maneuver from asking “what will our future look like” to “what could our future look like” may seem slight, but its implications are profound. Farmer’s narrative solution is simple, yet elegant. Following the destruction of earth, the human diaspora of Last Life find themselves dispersed among a dozen or so space-faring colonies. This dispersion, as Farmer explains, is central to his investigation of transhumanism.

“I’m trying to treat each colony in Last Life as a different interpretation of transhumanism,” he explains. “Within those colonies, you will meet people dealing with [transhumanism] in different ways.” Readers of dystopian literature will recognize some of these societal models, like a populace plied into passivity through pharmaceuticals á la “Brave New World,” or the hyper-capitalist Sprawl of “Neuromancer.”

Huxley envisioned a future that would elevate the condition of the human species as a whole, but transhumanism’s critics argue, not without merit, that whatever bounties transhumanist technology may or may not reap will not benefit all of humanity, but only a privileged few. Many societies in Last Life reflect this insidious inequality: “People who are empowered will be the first to ‘jump on the ship’—and that ship may set sail, leaving everyone else behind,” explains Farmer. If transhumanism truly delivers on its promise to profoundly “better” the human body, then the bodies of the “haves” will, in fact, be superior to those of the “have-nots,” legitimizing a new kinds of racism that need no illusions for their justification.

And yet, the future need not be a dystopia. Some of the societies in Last Life will suggest transhumanist alternatives to inhuman corporatocracy or drug-induced complacency. “There are democratic or anarchistic societies, which are smaller,” Farmer explains. “Those are societies where everyone has something to say. There’s no leader and everyone has an informed opinion. It’s more like a utopia, but there are still problems.” And, in defiance of the pervasive hypercapitalism of dystopian literature, Farmer says, “Another possibility is that poverty could be eliminated as a result of having massive amounts of resources to distribute.” 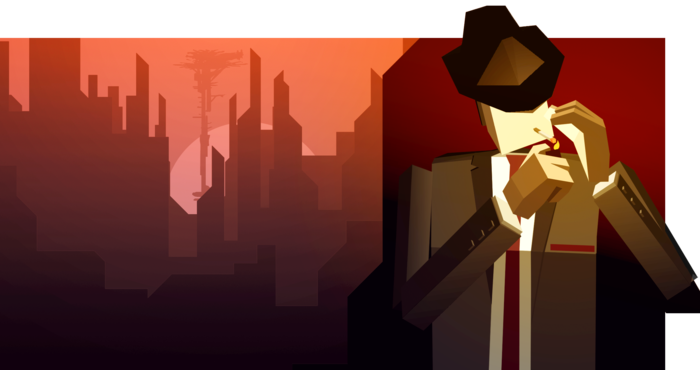 It may yet be, then, that a transhumanist future won’t further exacerbate inequality and plunge humanity into a spiritual dark age. One can imagine any number of futures in which we squeak by, or even thrive, among the changes wrought by advancing technologies. In the end, though, the only certainty we have is the one we had at the start: change is coming, and that’s what matters. Last Life reminds us of this truth at every turn. “You can perceive change either as a negative or a positive,” Farmer explains. “It will be both good and bad. But it’s inevitable.”

If our lives contain a basis for hope, it’s that we don’t know what will happen next and that the improbable and the unimaginable do, in fact, transpire quite regularly. Not coincidentally, this can also be cause for despair. Both hope and despair constitute by a kind of certainty about the future, that it will be better or worse than the present––the constructed memories of a future’s past. Last Life speaks to both extremes of this observation; we cannot know which memories will become memory, but we can (and should) consider them while we can. These lives may not be our last.