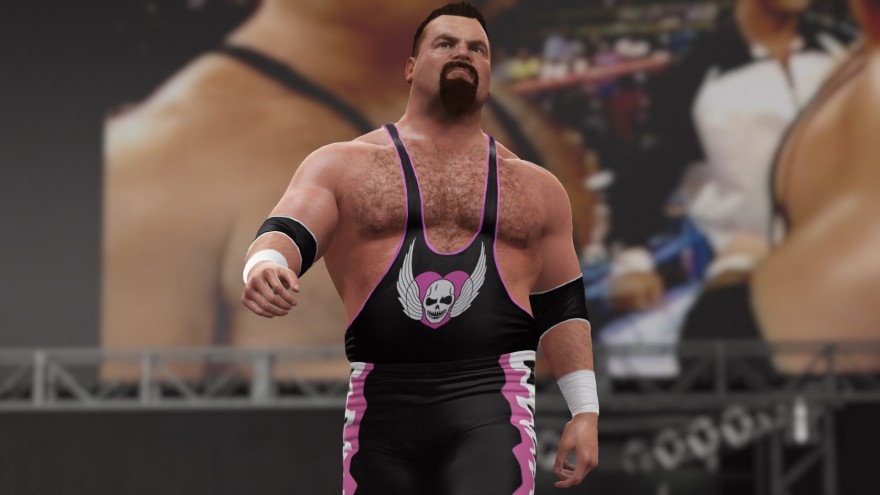 Six weeks ago, when I was in San Francisco to test drive the new WWE videogame from 2k, I spoke with Daniel Bryan, one of WWE’s biggest stars who’s currently sitting on the sidelines, recovering from a nasty, recurring neck injury. A few months earlier, on WWE’s flagship show Monday Night Raw, he announced that he’d be out of action for an undetermined amount of time and that he’d be vacating his Intercontinental Championship. It was a real, emotional moment in a world often labeled as “fake.”

So the first thing I asked him was this: “If I play as Daniel Bryan in WWE 2K16, will there be a part where you get injured, give a pseudo-retirement speech, and I end up crying?” He laughed and said that he couldn’t guarantee that such a scene wasn’t in there but that he hoped the videogame version of him would be safe. It was an icebreaker question, one meant to ease into the rest of the interview, but I realize now that it also touched on something important when it comes to discussing wrestling, or, in preferred WWE terminology, sports entertainment: the blurring of reality and fiction. 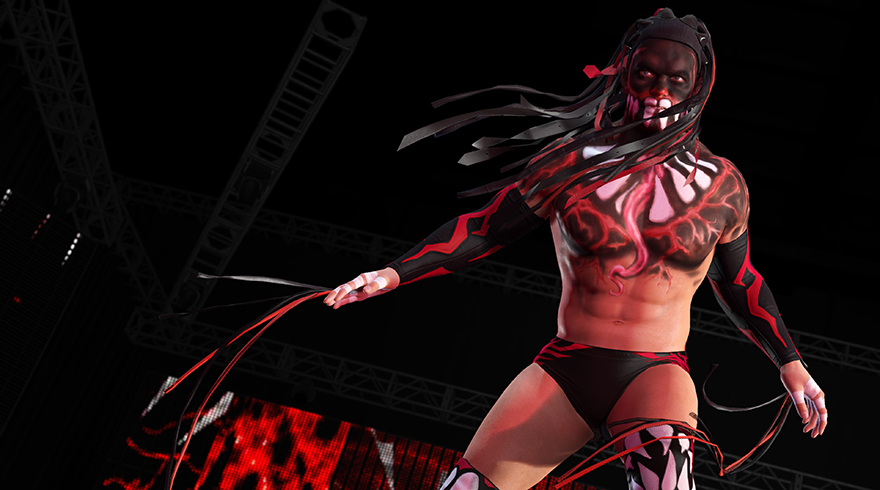 Videogames, especially last year’s 2K version, have struggled to capture what makes wrestling, and wrestling fandom, so unique. 2K’s overall approach to creating a WWE game last year seemed to be based on what they do best, which is creating realistic, detailed sports games. The trouble is, wrestling isn’t exactly a sport, and that flawed approach is evidenced in last year’s lackluster game. It makes sense that 2K would struggle to navigate the line between sports and entertainment because that’s exactly the type of identity crisis WWE has been going through for years now.

What WWE 2K16 does right, despite the numerous issues that make the game a frustrating experience, is embrace the artificiality of sports entertainment, and it comes at a time when WWE is doing the same thing by airing behind-the-scenes shows like Breaking Ground on the WWE Network and allowing wrestlers to have personalities on social media outside of the ring. So much of wrestling is a construct, and what past WWE games have failed to do is use that construct to its advantage.

When playing through the MyCareer mode in WWE 2K16, you’ll be inundated with a number of decisions that will influence how your character grows and behaves. You’ll be given the option to attack certain wrestlers on any given night, or align yourself with evil managers. These decisions influence a number of categories that define your wrestler, be it Charisma, Desperation, Boldness, or any other number of characteristics. What they all build towards is what’s important though: whether your character is face or heel, the wrestling terms for, respectively, good guy and bad guy.

By using and engaging with the terminology of the wrestling business, and by so blatantly calling attention to the artificiality of the characters, WWE 2K15 actually presents a more realistic and engaging experience than previous games. Rather than stacking up attributes as you would in NBA 2K16—such a system is still in place, but not as integral to the game—MyCareer present a more nuanced approach, one where allegiances, actions, and backstage dialogue decisions influence the narrative. 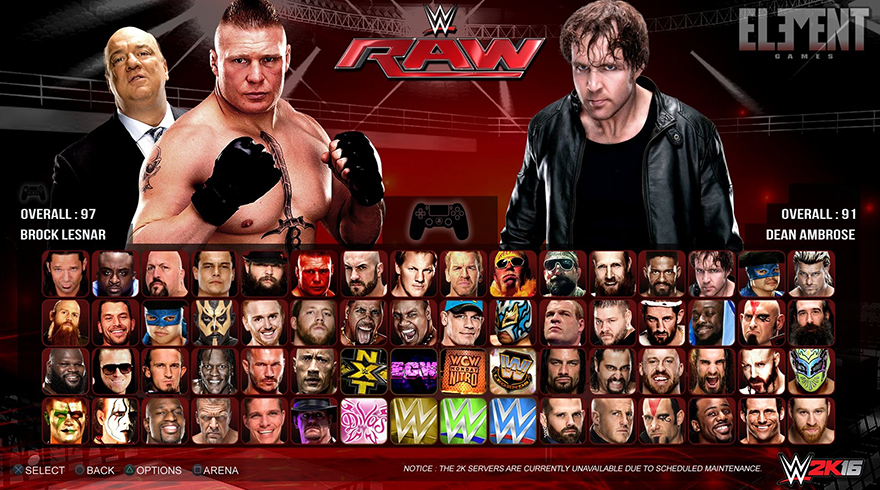 And really, that’s what’s so compelling about professional wrestling. The artifice is part of the appeal; sure, there’s the element of complete surprise, but what makes watching wrestling a unique experience is the ability to pick out certain signifiers that suggest what may happen in the narrative. Fans know that wrestling storylines are mostly comprised of a series of behind-the-scenes decisions, so putting those decisions into the game, specifically in the expansive MyCareer mode, makes for a more compelling and fun experience.

Even the 2K Showcase, which returns this year in a much cleaner, more interesting form and follows the career of Stone Cold Steve Austin, finds rewards in embracing the fiction of wrestling. As you play through the many pivotal matches of Austin’s career, it’s not the finishing moves and near pinfalls that make the mode so enjoyable, but rather the cut scenes, promos, and narrated pieces of WWE content that detail everything going on outside the ring. Wrestling, at its core, is about the battle between good and evil, in the most operatic way possible. The 2K Showcase understands that wrestling isn’t a sport, where statistics and attributes matter more than anything else; it’s a soap opera and an outsized TV drama made up of humans with impossibly ripped bodies who defy physics, and the action is only compelling if the dialogue and scenes around it are compelling.

Wrestling, at its core, is about the battle between good and evil, in the most operatic way possible.

While the ideology that WWE 2K16 pushes across most of its modes suggests an understanding that wrestling videogames need to be distanced from the aesthetic and mechanics of sports games, after which they’ve traditionally been modeled, the game never really goes far enough in embracing the outsized soap opera that is sports entertainment. There’s still too much sports DNA in WWE 2K16; whether it’s the sluggish submission and reversal system that makes every move feel mechanical or the MyCareer mode still starting out with dull matches at the NXT Performance Center, WWE 2K16 never fully embraces the lunacy and surreal nature of professional wrestling. Despite relative improvements in presentation, WWE 2K16 ultimately makes a crucial mistake when it comes to understanding professional wrestling: the fiction is a lot more fun than the reality.