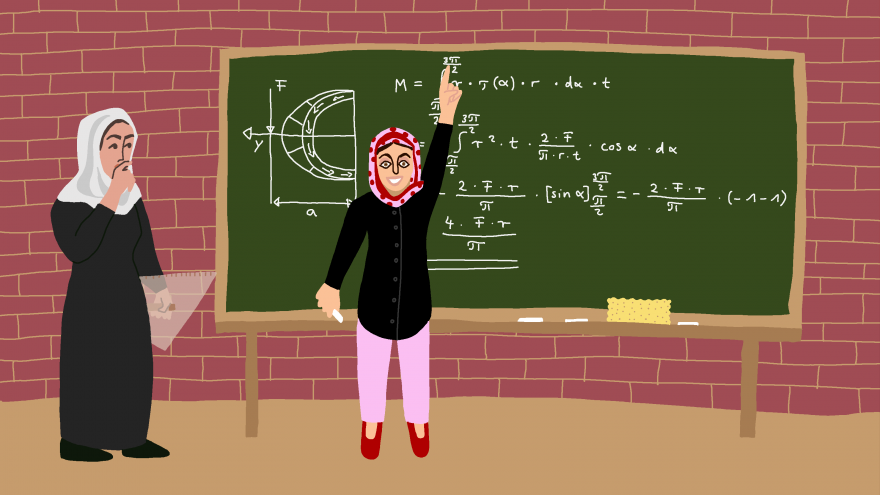 Gender norms are a pain. For women, it means that every day there’s a pressure to conform to certain standards of living that don’t always match up with our personalities. We’re told to straighten our hair. Use makeup. Wear long dresses. Don’t become videogame journalists. These are just a few of the ways society has talked down to me personally, telling me what to do and how to live my life. Dealing with that pressure to conform is awful, and it can cause major stress down the road.

Perfect Woman is a tongue-in-cheek game about the ways in which women are pushed to perform different roles in their lifetime. Developed by Peter Lu and Lea Schönfelder, the game takes place over the course of a woman’s life: going through every stage from the womb to old age. Using motion-sensing technology (i.e. a camera), the game asks players to use their entire bodies to make decisions about their female avatar’s behavior. At each life stage, a bunch of possible paths are possible for them to take, and once one is chosen, players then act out onscreen poses to “perform” that role as well as possible. The better the match, the more perfect the woman has performed her gender role for society.

there’s no such thing as being the ideal woman

Kill Screen previously covered Perfect Woman back in 2013. But now the game is looking at an Xbox One release on September 14th. Relying on the Kinect for its physical performances, decisions and successes (or lack thereof) early on in life impact where the player’s avatar ends up later on. Taking care of a young sibling during wartime years may make your perfect woman a natural mother, but too much alcohol at a young age could lead to challenges holding down a career in her 30s.


It’s not easy being perfect, and the game suggests that there’s no such thing as being the ideal woman. Everyone has their flaws and problems, and no single woman can fulfill all of the roles and behaviors that society says women should possess. Perfect Woman is more than happy to poke fun at the idea, satirizing everything from motherhood to international politics. And the full-body performance of the player strikes at the physical toll of such expectations on a woman’s body.

To find out more about Perfect Woman in action you can visit the game’s website. There’s also a commentated playthrough available from 2015 on Vimeo, exploring the mechanics behind the game.