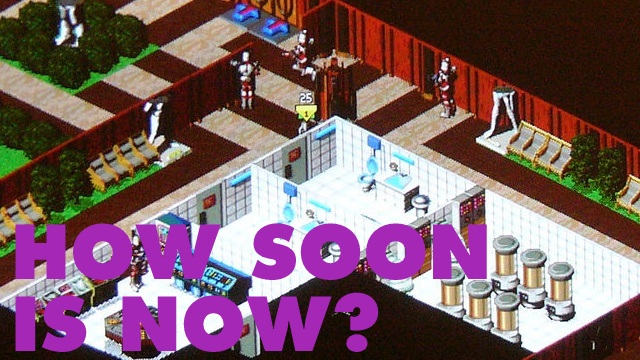 Remember XCOM? Of course you do. It was the surprisingly great reboot of the classic strategy game that had the gaming press in thrall last fall. Yannick wrote our stellar review of it, arguing, “whatever Firaxis managed to salvage from the wreckage of XCOM’s legacy, they turned into a surpassingly tight and smart game.”

Well, not that one.

Nope, I’m talking about the XCOM you’ve forgotten about, XCOM, the third-person squad-based shooter by 2K Marin. Yes, the XCOM that the entire internet was up in arms about because it was a bastardization of the beloved franchise. The one that changed a thoughtful turn-based strategy series into a dude-bro action game. Oh yeah, that one!

Welp, turns out it’s still on schedule for release in 2014. According to Take-Two’s third quarter investor report (which are the definite source for leaky information on new games), “2K Marin continues to make progress on XCOM.” Makes progress? Really?

At this point, I think it’s safe to officially demote this unwanted XCOM to the ranks of vaporware. Consider the software’s long and beleaguered history. Way back in 2006, Irrational Games began the initial phase of hiring developers for the job. Four years later, the game was revealed as a first-person shooter at E3, at that point being worked on by a team at 2K that had split off from Irrational.

There was a lot of noise on the internet, as the internet is wont to do, about how the reboot wasn’t true to the original, and in 2011, the game’s lead designer and artist jumped ship. It was delayed. Then, we got news that the game was undergoing a substantial redesign. Then, it was delayed again. The last thing we heard was a rumor that it is now a tactical third-person shooter.

Watch out, Duke Nukem Forever! This game has your number. I don’t mean to second guess the business sense of Take-Two, but this project probably should’ve been shelved a long time ago. One, the gaming populace has already gotten the XCOM reboot they wanted, a very solid and commendable modern strategy game. Two, the public backlash against this one was severe and that can’t be a good sign in terms of sales.

But most importantly, the title is on the verge of slipping into continuous obsolescence. We’re about to get new consoles and this game has been in the works for six years. I think it’s time for development to have a come-to-Jesus talk.