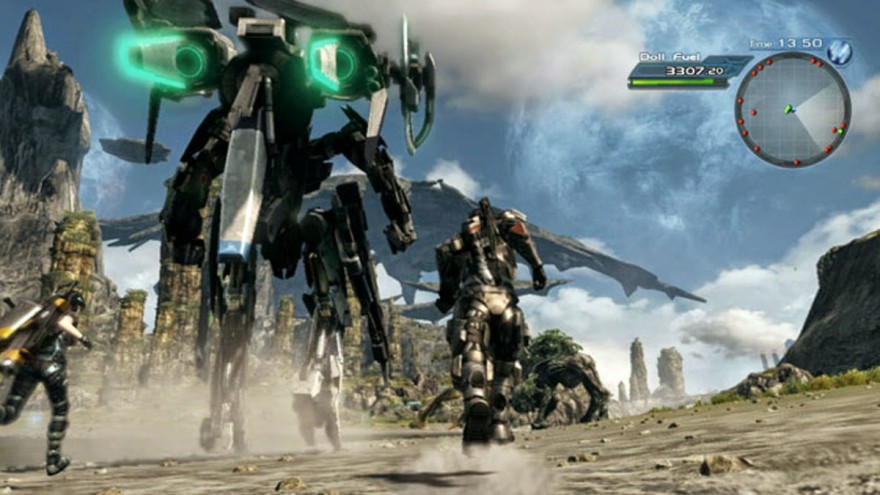 To a small but very vocal group of people, 2012’s Xenoblade Chronicles was like an all-you-can-eat buffet in the middle of a desert. After the JRPG’s much-ululated decline in popularity and relevance, it was a sprawling, goofy, giving game, with vistas that just continued opening up, revealing new pockets and caves and skylines to take in. It was a game largely based on wandering, which rewarded you with hard-earned heart-to-hearts between characters and kept rigorous track of every tiny slime or towering woolly mammoth you felled. You jogged up mountains, into volcanoes, through the stars, each footstep felt. You grew attached to the game over time and distance, and just as your team grew attached to each other.

So the small fact that its successor, the Wii U-exclusive Xenoblade Chronicles X, is slated to be 500% as big is as its predecessor, is something of a revelation. Much of the attention on the game so far has been on its giant robots, which also plays into that scale, according to Monolith Soft president Tetsuya Takahashi in an interview with Edge:

Vehicles are called Dolls. They are 5 Times larger than a person. So to get the same feel as Xenoblade Chronicles, the map would need to be 5 times bigger. The game world in X is in fact even bigger than that.

“Size creep” is one of the more insidious design trends in videogames—those Assassin’s Creed games sure do keep, uh, growing, huh?—but when a game so masterfully played to its scale, as the first Xenoblade did, setting challenges that took all that geography to fulfill, well, it’s not such a bad thing. Grand Theft Auto 5 and Skyrim, whatever their other faults, showed that enormity could still be artful. In other words: that small, vocal group of people better save up some sick days for next year.