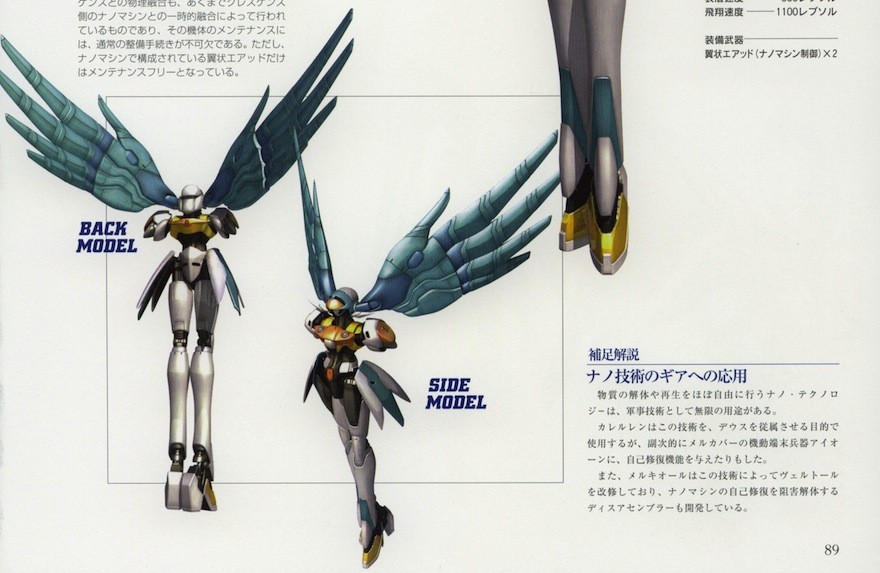 In the lineage of all things Xeno, first came Xenogears, then came Xenosaga, then Xenoblade, and then this art-book, Xenogears Perfect Works, which hopefully captures the series mega-complex-Freudian-psychosexual-reincarnation history of Catholicism story, to go along with drawings of robots.

The book is actually a reprint, and will sell for the US equivalent of about $50, but the point is that it’s being reprinted twenty years after the game whose name it bears was relevant, and this made us wonder about the stature of the Xeno series. Its fanbase is small but fervent. If the Xeno name hadn’t been bungled and tossed around a few times, that fervency could’ve grown into something larger-scale, like we’ve seen with the Persona series. Is this book’s re-release indication that the Xeno games have gotten closer to securing a spot on the podium of great role-playing games, or is it just another act of fan pandering?

The fact that it was reprinted after 2,000 Japanese fans voted for it suggests, alas, that it is pure fandom. But the series has been consistently fascinating (if not consistently good) and the latest, Xenoblade, may be the greatest. How about it?