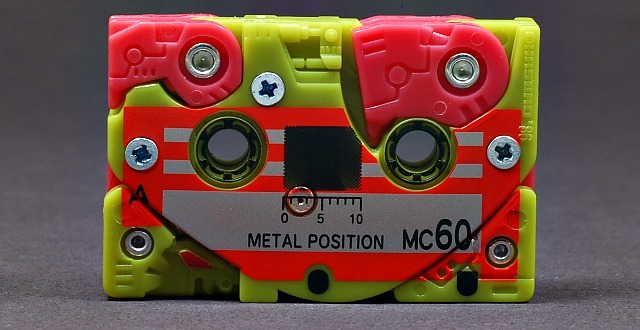 It feels like I’ve forgotten more games than I’ve played: a mathematical impossibility that is, nonetheless, true. This year I finally caught up with the latest console generation, five years late to the party, with a new Xbox 360. It was a challenge—to take off the oversized headphones, stop listening to Talking Heads B-sides, and start interacting with the Top 40.

The principal irony of my memory loss is that millions of dollars were put funnelling these games to my eyes. How much did Epic Games spend licensing Mazzy Star for its Gears of War 3 commercial? I played the game and forgot about it. There were ruined cities and space marines, like in almost all of the other games I’ve forgotten about. There were daddy issues, I remember—Marcus Fenix, the pillar of masculinity, is a tortured soul, don’t you know?—and there was an incredibly weird hallucination involving a mashup of bomb defusal and football. I no longer have a copy of the game; I still have Mazzy Star on my iPod.

My last videogame console was the original Nintendo Entertainment System. When some of you were listening to Top 40 radio, I was stuck with my dad’s old bootleg cassettes, because working as a barista while going to school was never going to let me make any three-figure purchases. When you were playing Silent Hill 3 on your PlayStation 2, I was running a half-legal PlayStation emulator and trying to get my fully-illegal copy of the original Silent Hill working. When the world went on about Metal Gear Solid 4, I played its little-known antecedent from 1984, Beyond Castle Wolfenstein, because it actually ran on my computer. And when Passage came out in 2008, making Jason Rohrer the compelling spokesman for the indie scene, I gravitated to it. Not only because Passage said more about being human in five minutes than most mainstream games say in 40 hours, but because, holy shit, this thing ran on my computer!

And, man, that scene. Every week something new and different was coming out. Cactus was making games in his sleep and they all played like the static noise between dreams. Stephen Lavelle was making deeply personal works that mingled sexuality and violence. Rohrer was trying to turn emotions into games. Terry Cavanagh was just starting out with gems like Don’t Look Back, a minimalist platformer reinterpreting the myth of Orpheus. This is where I came from. When I got to the Promised Land, where games are made with armies of coders and the money increases 1000-fold, I found the Mainstream Conundrum: Standing out can be a selling point and a liability.

But the indie scene has its own dirty little secret. It has just as many forgettable games. For every uninspired first-person shooter in the mainstream, there are 10 indie puzzle-platformers about breaking up that somebody slapped together in a weekend. The key difference is that indie games are easy to ignore. That’s recently started to change: Cavanagh, who released his first commercial game VVVVVV at the beginning of 2010, is listed on the Forbes 30 Under 30. Craig Adams, Kris Piotrowski and Jim Guthrie, along with a few underappreciated coders at Capybara Games, choked Twitter with tweets about their critically acclaimed iOS adventure game Superbrothers: Sword & Sworcery EP. The experimental sandbox game Minecraft has sold millions of copies and inspired legions of fans to create replicas of Level 1-1 of Super Mario Bros. The indie scene is finally a viable alternative to the stuff with trucks of marketing dollars behind it.

The indie scene has its own dirty little secret. It has just as many forgettable games.

These games come from the same family tree, carrying the same reference points and a common history. For every mainstream release there is a doppelgänger on the indie scene, an alternate-universe version. Sword & Sworcery EP is tightly built on the core idea of Zelda—the joy of exploration and discovery. The actual series entry, Skyward Sword, feels bloated in comparison, filled with repetitive fetch quests and item collecting. Don’t Take It Personally Babe, It Just Ain’t Your Story, a visual novel by Christine Love about a high school teacher spying on his students with social media, says much more about our relationship with technology than Deus Ex: Human Revolution, a cyberpunk game that uses its minor in philosophy to pretty up all the headshots.

Supergiant Games’ downloadable title Bastion, like Crysis 2, has ruined cities. It doesn’t try to tap into post-Sept. 11 anxiety and fears by showing New York City in ruins, like Crysis 2 does—a move that’s made all the more tawdry by the Hans Zimmer bombast that sounds like it wants to be the soundtrack to a noble sacrifice. Bastion is about recovering after a world-destroying disaster. Its bids for your attention aren’t cheap, but sincere: the world ends and you can either let that make you hard to the world around you, or try to fight it with compassion. Bastion shows this without provocative imagery, and only with a simple voiceover narrating your journey through the game. Crysis exists in greys—not morally, but visually, soaking in realism; while Bastion builds itself around the player. Tiles fly up and create a world to walk on, live in. Something comes to life around you. This isn’t another half-dead cityscape, but an interactive environment that exists for you, because of you. Isn’t that the latent promise of videogames in the first place?

Seriously, I understand. Not every game can challenge the player. Not every gamer wants to play The Binding of Isaac and confront the ugly side of religious fundamentalism and child abuse in the context of a shooter. Sometimes you need a distraction from all of that. Sometimes you want a sword and a shield and to trek up to Winterhold and smite evil.