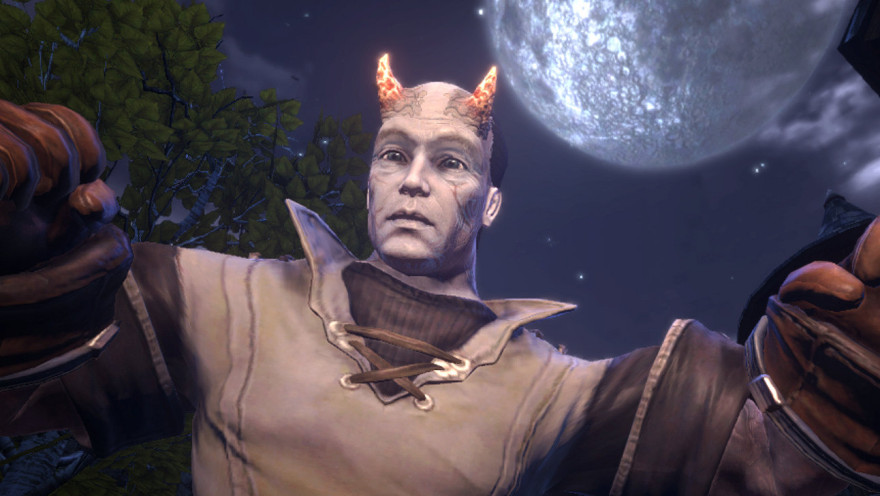 “I like to remember things my own way,” says a character in David Lynch’s Lost Highway. “How I remembered them. Not necessarily the way they happened.”

This is also a good summary of my disposition toward HD remakes. While a fresh coat of paint can bring graphical quality up to contemporary standards, it doesn’t prevent gameplay traits that seemed revolutionary at the time from feeling dated now; even more in-depth remakes that try to address period flaws can only fix so much without diluting the spirit of the original. Nothing can ruin fond memories of Tomb Raider or Grand Theft Auto III or Resident Evil faster than playing them now, overwriting nostalgia with harsh reality. I generally prefer to let those rose-tinted perspectives stand, rather than smashing the spectacles against modern amenities such as adequate save points, functioning cameras and the absolute absence of tank controls.

Games have taught me that being good is how you win.

But there is an exception to the rule: games that offer multiple, significantly different paths, particularly those with “good” or “evil” options. Like many people, I almost always play good when there’s a choice. It’s because of how deeply conditioned I am to do so—for morally complex reasons in real life and for rather simpler ones in games. Since I started playing them in the ’80s, games have taught me that being good is how you win: saving the princess, the village, the world; protecting the innocent and smiting the guilty. Playing evil goes against both instinct and training, especially when games seems to incentivize good play even while offering up evil as a viable option. I always intend to go back for that evil playthrough, but almost never do, being disinclined to play the same game twice in a row. The urgency of experiencing the dark side slips away as new games to white-knight through come rolling down the pike.

As a conflicted watcher of most of the Fable trilogy (loved the promising original, found the second to be the pinnacle of the series, rather hated the third) who had already thoroughly explored it from the good side, I took Fable Anniversary—an HD remake of the first game that commemorates the tenth birthday of Lionhead’s open-world, choice-focused action-RPG—as a chance to give evil a try. Instead of dancing the same dance over and over to make friends, I would belch in an old-timer’s face or hit a little boy with a stick over and over to make enemies. As a product of the fairly refined mid-’00s, Fable certainly holds up better today than games from the technologically archaic ’90s do, especially with a more convenient save system in place. It was a very good game then, with a richly detailed world and a compelling story and lots of fun things to do, and it remains one now. But I gave up on my evil playthrough after just a few hours and went back to the side of the angels. For all its touting of player choice, Fable makes playing evil awfully frustrating.

The idea that there could be multiple paths, not just spatial but moral, to the end goal was still taking shape when Fable originally came out. The extravagant and unfulfilled promises made by creator Peter Molyneux—the game would span generations with child-bearing mechanics (that didn’t happen until Fable 2), an acorn the player knocked down would grow a tree (never happened as far as I can tell), the game would cure eczema—sapped attention from just how much Fable did achieve in terms of letting the player leave marks on the world, and vice-versa. Good deeds such as killing monsters earned positive alignment points while bad deeds such as killing villagers earned negative ones, and the game had a sense of humor about this binary (eating tofu was good, eating baby chicks bad). Your character’s alignment affected both his appearance and reactions to him. Eating made you fat and drinking made you sick, putting some real-world clout behind mechanics that were usually purely stat-based.

What Fable got right about choice is that it’s not a stark dichotomy between baby-kisser and baby-eater. You could mix good and bad deeds, based on contextual decisions, and wind up with a unique moral disposition, though all these shades of difference eventually boiled down to one of four different endings. Where the subtlety dries up is in the world’s reactions to you. Playing evil quickly gets you banned from shops and shunned by villagers, which makes sense, and should turn the game into an exercise in stealthy burglary. The problem is that guards and townspeople all seem to be psychic. Commit the smallest bad deed, witnessed by even one villager (or, sometimes, by none), and word instantaneously spreads throughout the village, so you’re constantly getting caught and booted out. You’re made to feel like you’re playing the game wrong by exploiting one of its core features.

There’s a moral argument to be made that playing evil should be frustrating. Games reflect life through their fantastical lenses, and most of us want to live in a world where evil is punished; there is something to be said for not teaching younger players that being bad is the way to get ahead. But there are ways to show the deleterious effects of evil—BioWare games such as Knights of the Old Republic and Jade Republic and, to an extent, Mass Effect have reputations for doing it right—while supplying fun and satisfaction in equal measure to playing good. Lionhead laid important groundwork for morally gray games, a formula yet to be perfected, and Fable Anniversary is the best way for newcomers to experience an important game with some modern gloss. But when it comes to being the bad guy, I’ll stick to Rampage, a game thoroughly designed with malice in mind.