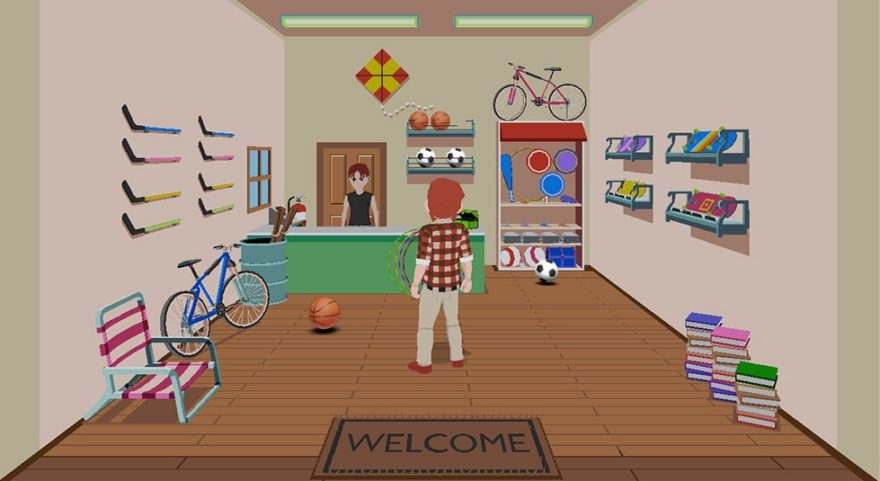 To say the Japanese role-playing game is a prominent genre is an understatement—it has influenced videogames tremendously over the years. From Final Fantasy VII (1997) to Earthbound (1994), Dragon’s Quest (1986) to Persona (1996), JRPGs introduced expansive stories and memorable characters that still live on in popularity today. Not to mention, the JRPG is a genre that’s constantly reinventing itself, exploring new problems, themes, and design styles. You can look at the overlapping cartoon realities of Kingdom Hearts and the World War II narrative of the Valkyria Chronicles series for a taste.

Ackk Studios’s upcoming game YIIK: A Postmodern RPG is not only interested in the 1990s JRPG, it embraces the genre and does something quite different with it. To give players a taste of what the full game will entail, the studio uploaded a demo called YIIK: Episode Prime – “The MixTape Phantom and the Haunting of the Southern Cave” onto itch.io. While Episode Prime doesn’t focus on any major moments in the full game, it captures the feel it’s going for.

YIIK embraces the era from a 2016 perspective

YIIK takes place in 1999. It starts when a girl named Sammy Pak is whisked away in the middle of the night by a supernatural presence, leading a group of friends on an adventure to find out what happened to her. The game is about “the strange things you invite into your life when you go to forbidden places.”

What’s so interesting about YIIK isn’t just the fact that it explores JRPG game designs from the ’90s. It’s also the way YIIK embraces the era from a 2016 perspective. From the ways the characters dress to the places they visit, from the game’s 1990s paranormal message boards to its soundtrack, YIIK looks to tell a ‘90s Earthbound-esque story in the same vein that Netflix’s Stranger Things is a love letter to the small-town supernatural thrillers of ‘80s cinema.

YIIK: Episode Primes reimagines the gameplay and settings of such series as Mother and Persona by being tongue-in-cheek about its inspirations, allowing the player to explore suburbia for information or collect cheese burgers and fountain drinks in treasure chests. By doing so, Ackk brings the humor and writing behind these series to a 2016 audience: entertaining both fans that grew up in the ‘90s as well as those who have only enjoyed these past games through emulators and virtual console ROMs.

YIIK: A Postmodern RPG is heading to Steam, PlayStation 4, PlayStation Vita, and Wii U in the near future. The game’s official launch date has not been announced. Until then, you can keep an eye out on Ackk Studios’ official Twitter.

You can download the Episode Prime demo on itch.io. Find out more about YIIK on its website.