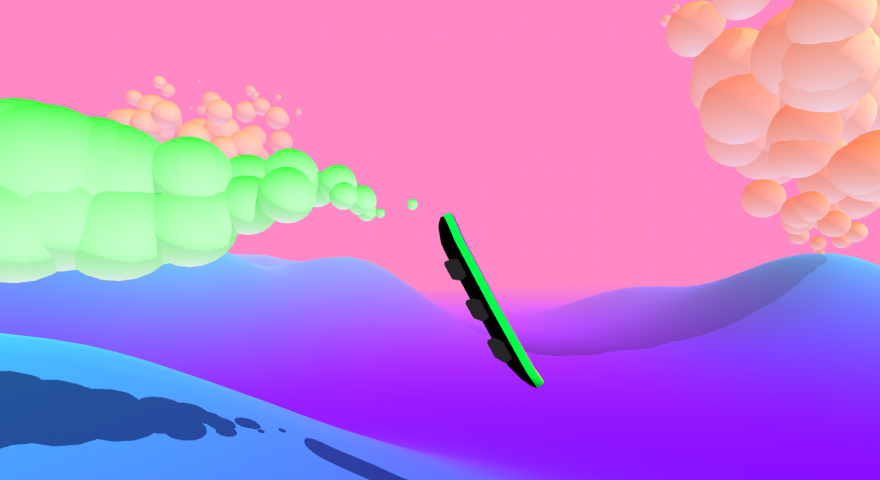 What is it about hovering that seems so darn futuristic? In part, I think it’s the mentality behind it. It says screw you, evolution. We came, we flew, we conquered. Now we’re gonna show you up even more by hovering slightly above ground like a goddamn hummingbird. Or maybe it’s just that Michael J. Fox looks super fly doing just about everything.

For whatever reason, human beings have come to see the hoverboard as the icon of our imminently awesome futures. And nothing will stop us from getting there, not even Discovery saying that magnetic energy hoverboards were about as “realistic” as “antigravity propulsion” and the “conspiracy theories about the U.S. government secretly possessing technology captured from Nazi scientists during World War II.”

But no, that couldn’t stop the generation of Marty McFly wannabes from growing up and becoming engineers that help Kickstart a half a million dollar project to fulfill their life-long childhood fantasies. Even The Verge got in on the nerd action, in a video review of the real life hoverboard that delivered on its hype about as much as Hangover 2. Hoverboards have essentially formed a cult, mainstreamed and maintained by this very specific yet far-reaching subset of geek culture that will not sleep until their goals are reached.

the masturbatory nature of the Hoverboard cult

A 2014 hoax video even parodied the hoverboard cult brilliantly, capturing a faux hand off of a “real” hoverboard between Christopher Lloyd (Doc Brown) and Tony Hawk. In a scene that encapsulates the masturbatory nature of the hoverboard cult’s fascination with this made up technology, employees of “HUvr Tech” start chanting “Hover! Hover! Hover!” in the background as Hawk whips it out, like he’s displaying humanity’s large member to God’s natural order—which dared to tell us we’d have to walk the earth like plebs.

Well, like they always do, videogames are here to save the day when it comes to our unrealistic dreams. You Are A Hoverboard doesn’t just put hovercraft skateboard technology in our grasp: you literally become the hoverboard technology. Made for the Momjam game jam by Chris Wade, the game places you in an appropriately pastel world of futuristic-sounding house music. In order to save your mom from hospital bills, you must do tricks on your hoverboard (naturally). 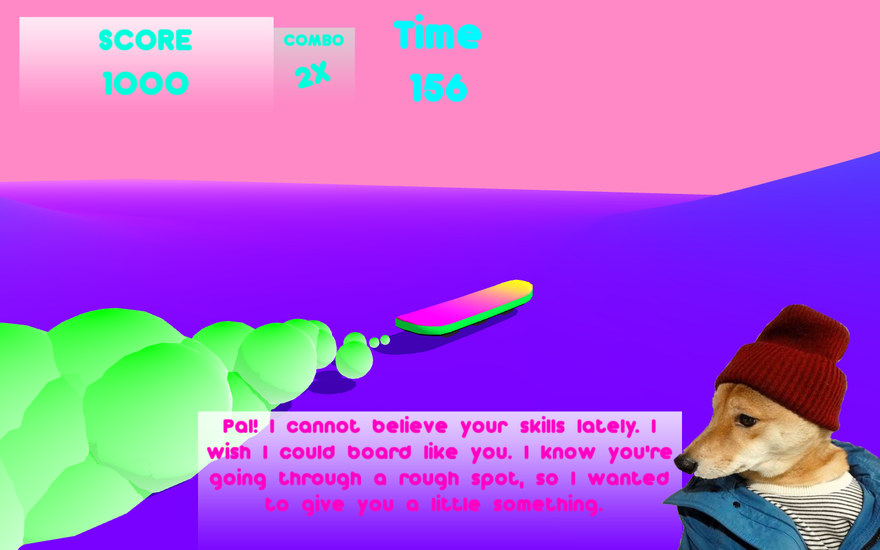 The game brings all the fun of any skateboarding games, only with slightly delayed physics and a surrealism that adds a layer of silliness. Every time you land a gnarly trick, an animal brah will shout neon encouragements at you. But even Marty McFly would be the first to tell you that, when it comes to hoverboard battles, sometimes you gatta wipe out into a body of water in order to win. Have the humility to fail, and you will save your hoverboard mom faster than Doc Brown can explain his scientific explanations.

You can download You Are A Hoverboard for free on Mac and PC.