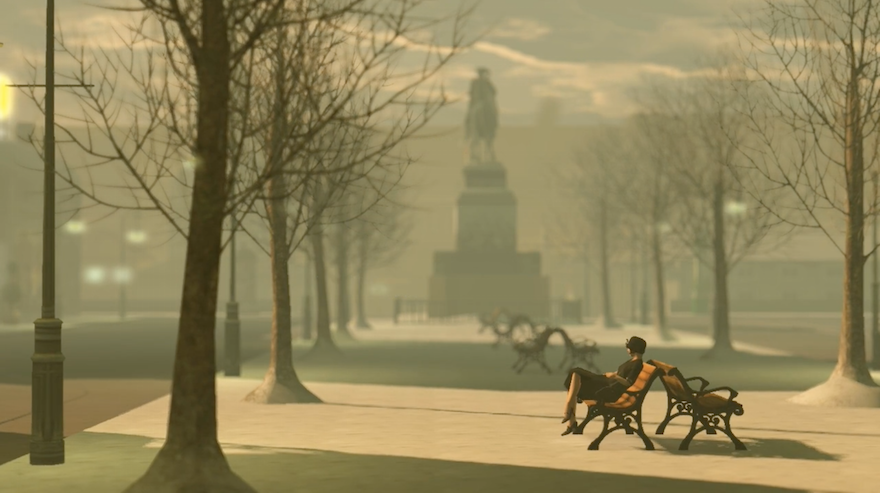 In 2007, Jo Yardely visited Second Life (2003) for the first time. She looked around, took in the view, and left immediately. “[Second Life] was a place where weird people spent all their time chatting about uninteresting things,” she said on her blog, “pretending they were having virtual hanky panky or spending real money on virtual rubbish.” You risked being griefed. Most of the simulations looked “horrendous.” Everyone’s fashion sense was terrible.

Nine years later, Yardley runs one of the most successful historical simulations in Second Life. Her version of 1920s Berlin has over 100 tenants and regularly hosts events that would have taken place in the real Berlin during the time period, such as cabaret shows at the Eldorado Cabaret or dinner at the Hotel Adlon. She’s meticulously recreated the Zum Nußbaum restaurant, simulated complicated legal changes to German drug laws, and even collected enough money to sponsor a Stolperstein (stepping stone) that is a real-life memorial to Nazi victims. At the beginning of May, she’ll lead a reenactment of the 1929 May Day riots; sort of like Civil War reenactments, but you’re not required to be outside.


Her project has been going strong since she first slapped a couple textures together in 2009, but it got a fresh look in the media when machinima maker Pepa Cometa created a beautiful video of the Berlin project last month. Her video was seen 10,000 times in two weeks, and Yardley’s project was mentioned on German talk show “Volle Kanne” as well as written about at The Creators Project. As Yardley intended, her Berlin is faithful and gorgeous, with signs advertising tea at eleven (Elf Uhr Tee) and protesting eviction (Gegen Delogierung!). Children in period clothing wander the streets to the sounds of Marlene Dietrich and, in a quiet park, the sun breaks through gentle clouds just as it would in real-life Germany.

One well-crafted simulation doesn’t cancel out all of the bizarre and terrible things that go in in Second Life, but it’s still a strong vote in its favor. A place as beautiful as Berlin can go a long way in convincing even the most doubtful skeptics that Second Life, for all of its “virtual rubbish,” can do some pretty cool things after all.

Travel back in time to Berlin in Second Life, and learn more about the project on Yardley’s blog and the project’s homepage.