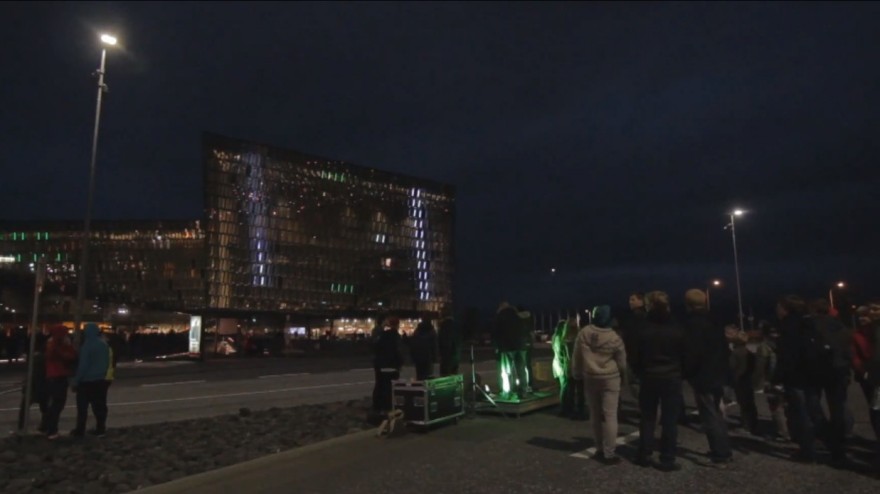 After meeting at a party, concept designer Atli Bollason and multimedia technologist Owen Hindley quickly turned to videogames as a source of early inspiration. That chance meeting resulted in HarpaPong, a massive big game project that projected PONG onto the building facade the Olafur Elíasson-designed Harpa concert hall in Iceland’s capital of Reykjavik. “Today, computer games become sort of synonymous with solitude. So I thought it was interesting to have an open-air arcade, so to speak,” says Bollason.

We tend not to think of our cities as playful structures, but a growing crop of new projects are reclaiming the shimmer of skyscapes for games. Drexel’s Dr. Frank Lee co-opted the 29-store Cira Centre in Philly for a game of Tetris and actually holds the Guinness Record for a game of PONG played at the same site. In São Paulo, an enormous game of Frogger was played on a 22-story building and on a smaller scale, the city of Bristol, UK has a project to record and project shadows of passers-by on their city’s sidewalks.

There’s something inspiring about projecting the simplicty of early games onto buildings, if only for the widespread spectatorship it draws. It’s actually called “parallel play,” a common childhood behavior where kids play the same game alone, but together. These games recreate the experience of leaning in over someone’s shoulder at the arcade but across an entire city.”It’s interesting how by seizing control of such a large buiding we redefine the dynamics between our miniscule bodies and the monumental structures that populate our cities,” Bollason says.

HarpaPong is sadly concluded. But if you happened to be in Reykjavik at the end of August, you could have controlled the games paddles with your smartphone and projected your session on Harpa’s 714 individually controlled LED windows. In the interim, you can watch the video above to relive the joy. 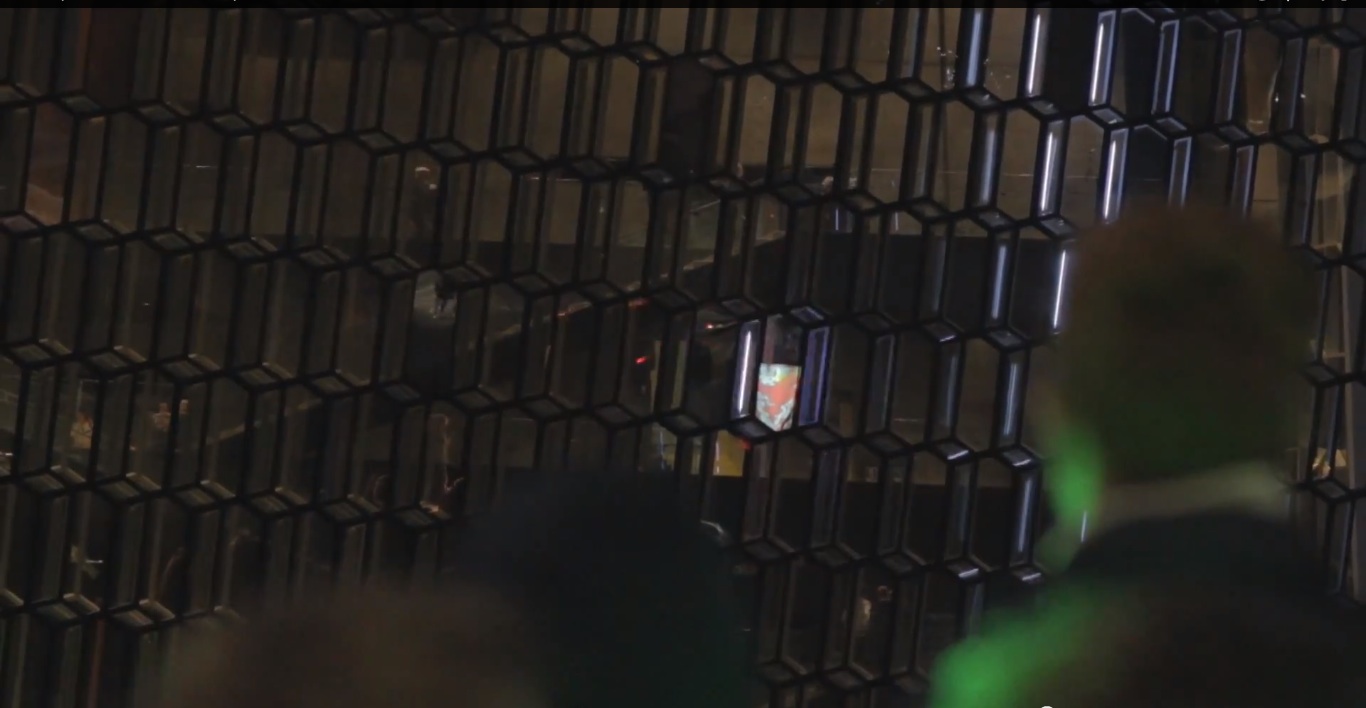 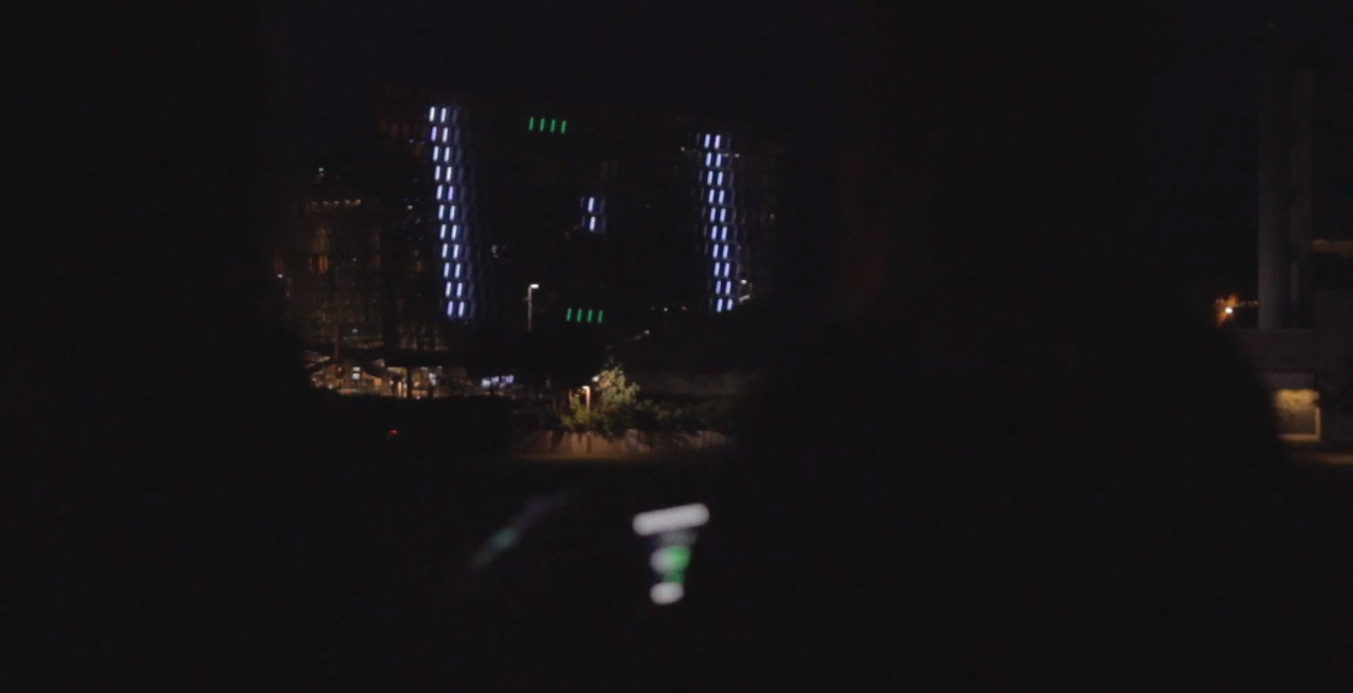 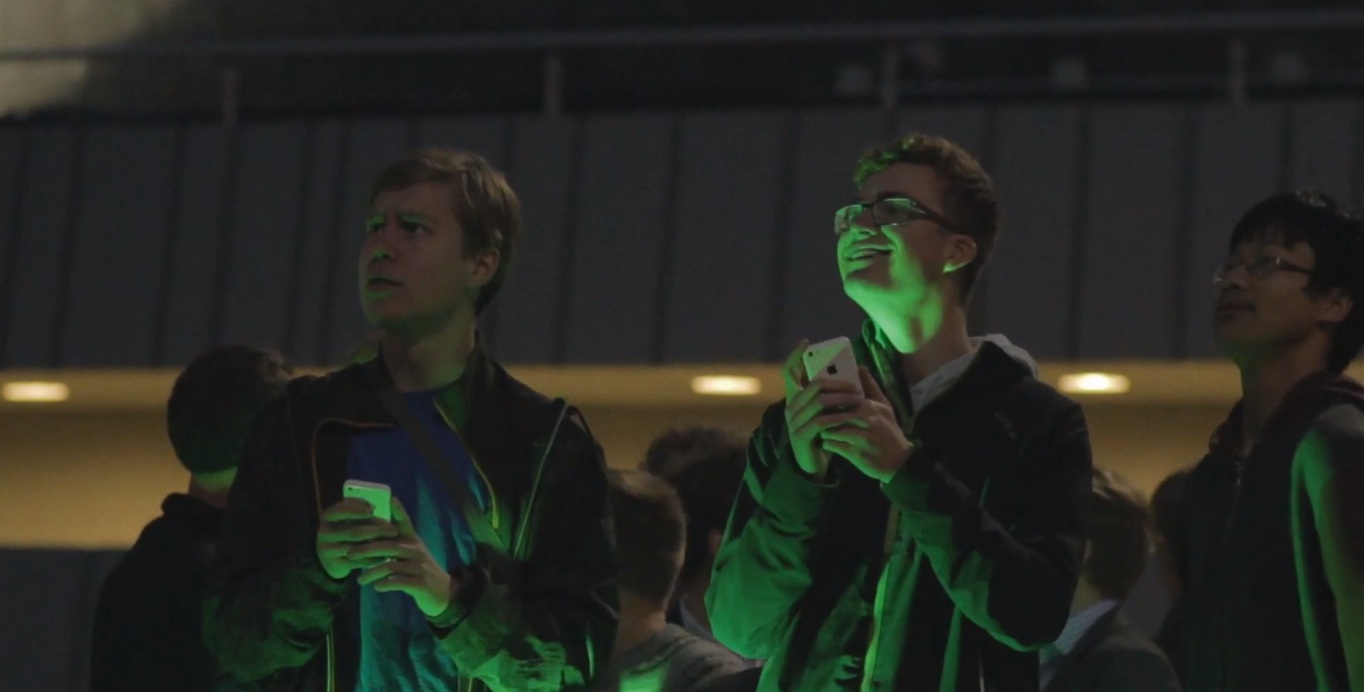