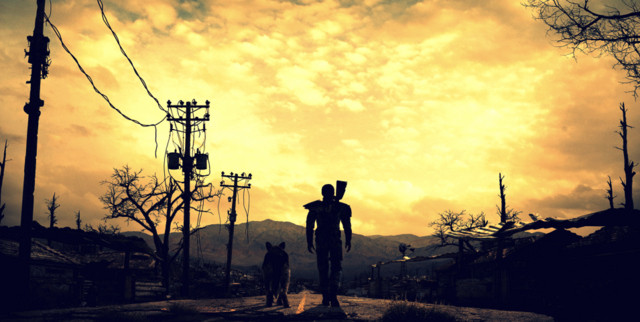 Big-budget games aren’t necessarily known for their thematic subtlety. I dislike that notion as much as the next narratology-jargon loving person, but the big guns, bigger explosions, and exaggerated action hero stereotypes that populate the majority of AAA games tend to confirm, rather than dispel those beliefs. (Although that hasn’t stopped Pakistan from banning Call of Duty for its “message” so there you go.)

But that doesn’t mean a whole world of fascinating, complex, distinctly political opinions isn’t hiding right below the veneer of cutscenes and scripted events.

Reason recently looked at political ideology as seen through the worlds of 6 more-or-less-recent big budget titles, all of which (implicitly or explicitly) examine the libertarian ideal of total freedom and self-reliance in a chaotic world. Perennial “thinking man’s shooter” and drinking game favorite BioShock makes the list, as it’s naturally the most overt example in recent history. More interesting are the examinations of two other dystopian narratives: Fallout 3 and Deus Ex: Human Revolution.

Through this lens, Fallout 3 reads as a Libertarian’s dream world:

A post-apocalyptic role-playing game set in a bombed-out, futuristic Washington, D.C. known as the Capitol Wasteland. Warring tribes of wannabe authority figures fight for control, thugs and scammers try to take your guns and your money at every turn, super-intelligent robots try to reengineer society, and the whole place is overrun with super-mutants. In other words, it’s a lot like the Washington, D.C. we all know and love today.

And for Human Revolution, the political discussion is more overt, but libertarianism is subtly reinforced via gameplay:

The game’s cast will be familiar to anyone who has followed such debates in real life—uncompromising anti-science radicals, moderates who favor regulation, self-interested political players, scheming corporate leaders, and apolitical scientists. The noirish story has no heroes, but it does subtly highlight the value of biological modifications. The key to winning: enhancing Jensen—and yourself.

Does that then mean that the games listed in the article were made by predominantly libertarian-leaning individuals? Or does big, expensive, single-player focused game development just lend itself more easily to certain worldviews?

It’s worth noting that western studios developed all of the games on the list, and the idea of the super-individualist has long been a western trope. It’s the cowboy stereotype (and yup, Red Dead Redemption is sitting at number three), the lone action hero, the badass who can do anything without help from anyone, and its rife in other forms of media. The games built around these heroes reflect their values, and they are intoxicating narratives for empowerment, especially in a culture that worships self-sufficiency.

It’s likelier that the studios behind these games were responding more to these influences than any overt political agenda, but who knows – maybe there’s a copy or two of Atlas Shrugged hanging around Bethesda HQ.