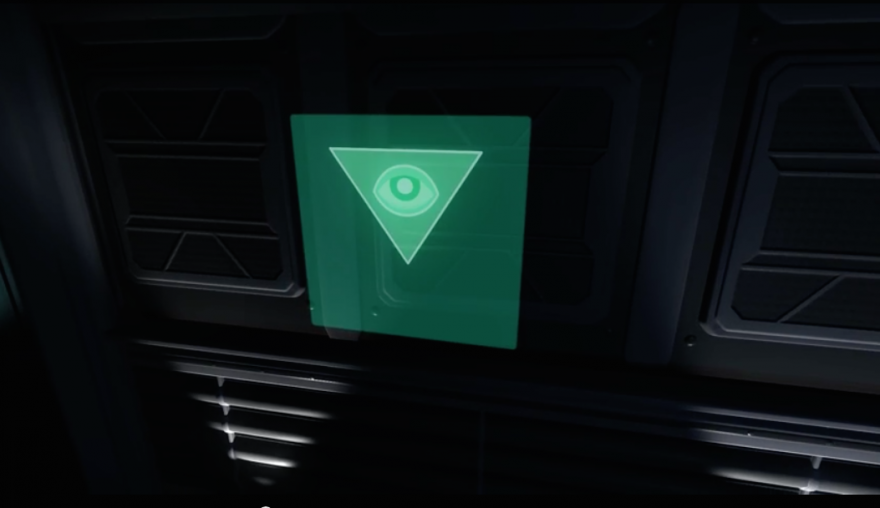 Tacoma was originally going to take place on Earth, at the house of an old female folk singer from the ‘60s. You were to play a college student who tracks down the reclusive singer and learns her story. Steve Gaynor, while on a trip to Crater Lake in Oregon, surrounded by all those otherworldly natural structures, reportedly said to his wife on a whim: What if we make the game in space? She liked the idea. Then he called his long-time writing partner and co-founder of The Fullbright Company, Karla Zimonja, to pitch her the new direction.

“I was like, ‘I guess,’” Zimonja tells me at CoCo, a bubble tea and juice bar a few blocks from the Los Angeles Convention Center, the epicenter of E3. The prospect of shifting gears so drastically and following up Gone Home, a very grounded, terrestrial experience, with something out in the black void of the cosmos, might have been daunting. But Zimonja began researching and they decided to stay amongst the stars.

“Sort of a big wacky change,” she admits. “Space is a big departure, but it’s also [just] a different enclosed environment.” The entire game will take place inside of a space station; there will not be the near-infinite suns of No Man’s Sky or the massive sprawl of, well, most modern console games. The goal is less Bioshock, more Minerva’s Den, the DLC chapter for Bioshock 2 designed by a small team at 2K Marin including Gaynor and Zimonja. The relatively intimate development spurred them on to start The Fullbright Company, now known simply as Fullbright.

Instead of the single-family dynamics of Gone Home, Tacoma will focus on the plight of six crew members assigned to the Lunar Transfer Station Tacoma in the year 2088. But just because the characters aren’t related does not mean their relationships won’t be complicated or problematic. The setting itself provides challenge enough.

“Close confinement is one of the most psychologically dangerous things about being in space,” Zimonja says. “We are making sure the station has been built with that in mind. So all of the characters have their own spaces, so they can actually have privacy and not go insane.”

Another studio with more craven ideologies might have let their characters loose in an air-locked station with nowhere to go and little place to hide, the better to watch them tear each other apart. But Gaynor and Zimonja are less interested in another massacre simulation and more concerned with asking their players to complete a different sort of challenge than they’re usually given. Terms like “social intelligence” and “cognitive load” come up in conversation while talking with Zimonja about Tacoma’s story and gameplay, the two necessarily entwined. The game is not to reach the end or destroy your opponents; the game is to learn about and understand these people, what happened to them, and why.

“There’s a tendency as you grow older, because you meet more and more kinds of people and you’re able to make more correlations, that you become more empathetic as you age.” She cites the old wise man cliche as indicative of our natural tendency to gain wisdom with time, perhaps less due to seeking out knowledge than simply meeting more people and thus understanding them better. “It’s just much harder to do terrible things, even in role-playing and in jest, when you can understand someone like that. Humans are too relatable at this point. I don’t have a good time casting them as cannon fodder.

“I also play Fallout and I shoot guys in the head and I’m happy about it … but it’s less fun.”

Beyond uncovering interpersonal dynamics, another challenge for the player will be their locomotion through the micro-gravity environment. (The concept of zero-gravity is something of a misnomer, Zimonja tells me, “at least according to Chris Hatfield.”) One of the largest mechanical additions is the ability to do what they’re calling “surface transfers.” Once you target a location somewhere in the room, hit a button and you’ll fly there directly, feet now firmly on the ceiling.

The player gets to pull rather than be pushed at

Shifting perspectives will help you move through the structure itself but will also play into eventual puzzles. The design is one of Tacoma’s more game-y conventions, sharing the gravity-flipping conceits of Gravity Rush and VVVVVV. Most of the experience is focused on this narrative you piece together. I ask Zimonja what their story gains by being a videogame and not just a text-only narrative like a short story.

“The player gets to pull rather than be pushed at. Pull is worth a lot when it comes to interaction, to me at least. You allow the player to bring what they want out of the world and pull on what’s interesting to them and get that information themselves. It’s intellectually empowering, in a way? It’s allowing you to choose your interest level and make your own web of associations rather than have me give them to you.”

Other games’ power-ups emerge from spring-loaded containers; Tacoma instead hopes to provide you with a chance to learn about others and yourself and, through greater understanding, become powerful. Sounds like a good book, or a great folk song.