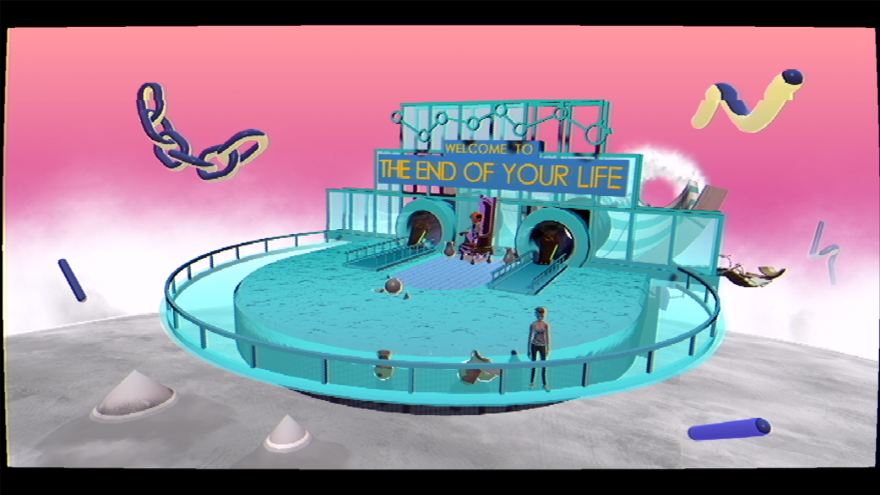 Arcane Kids, most recently known for Sonic Dreams Collection, already have some practice at turning your childhood memories into nightmare fuel. After tackling everything from Pokémon to the beloved hedgehog, they’ve now moved on to destroy/infinitely enhance classic racing games in their Fantastic Arcade entry entitled CRAP! No On Loves Me.

a glitch and and a nostalgic guilt trip

Described by its creators as “a daily affirmation,” the game continues the Arcane Kids’ unique brand. Which is to say it delivers an experience somewhere between a glitch and and a nostalgic guilt trip. Presumably named after that realization you had at the age of ten in your mom’s basement when you deployed a speed boost directly into your friend’s face before crossing the finish line first, CRAP! No On Loves Me captures both the nostalgia and underlying anxiety of playing videogames. As a call back to the age of SSX 3 type racers, the game is fueled by rambunctious moves and a VHS-inspired art style. Granted, since your vehicle in CRAP! No On Loves Me is—in fact—a coffin, the aerodynamics are not that optimized. But the airtime, and consequent wipe outs of your coffin bobsledding prove to be just as radical as the best and brightest from early 2000s racers. 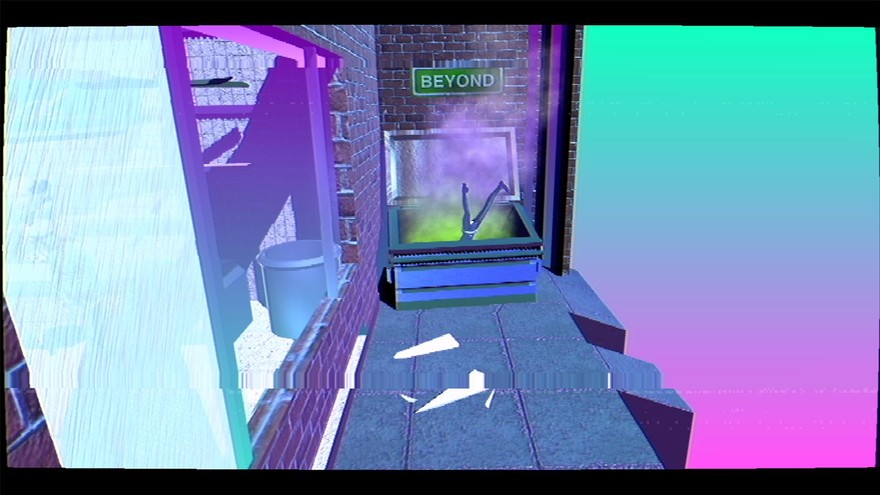 But while you’ll mostly be focusing on getting sweet air and making sick high jumps, the world of CRAP! No On Loves Me is a more insiduous one altogether. You inhabit the land of the dead, but unlike Grim Fandango, there’s no punchline to really distance you from the inevitability of your mortality. At most, you interact with things by smashing your body into them and watching your skeleton fly, limp, across the track. In fact, the only way to get to these deathly races in the first place is to smash through a window and rag doll physics your corpse into a poisonous dumpster.

In the underworld, you ride all the way from “Purgatory Etc” to “Millennial Road” and, at the end of every race, you must aim your bobsledding coffin directly in a floating cellphone screen in order to pass on to the next stage. If you miss the screen by even an inch, it’s death—your bones scattered across the pavement once again. Each world’s aesthetic becomes increasingly hellish, too, with the finale featuring a massive figure one can only assume is “the Baroness” that the game description mentions. Will she “take pity on your lonely no-followers having soul, or will she grind your bones into dust?” the Arcane Kids ask. “Is there a difference? Is there such a thing as relief?”

No, there is not. Not in this world, at least because I have yet to even mention the hellish difficulty of CRAP! No On Loves Me. I spent more time than I should have trying to beat this game and, just like when I did the same thing as a young child, I felt my youth actively slipping away from me as I did it. Yet I felt compelled to keep trying anyway, the Baroness calling me onward to her twisted death grip, as I wept and apologized for my pathetic soul.

Despite the fact that I can barely play this game and had to look up how to even get past the opening screen, it speaks to me. What do they say is our only certainty? Death and taxes. But when it comes to the Arcane Kids, our only certainties are death and disturbance. But, as always, its a good kind of disturbing. Like, the kind of disturbing that touches you in places you should probably refrain from discussing in public.

You can journey through hell yourself by buying the Humble Bundle for Fantastic Arcade.